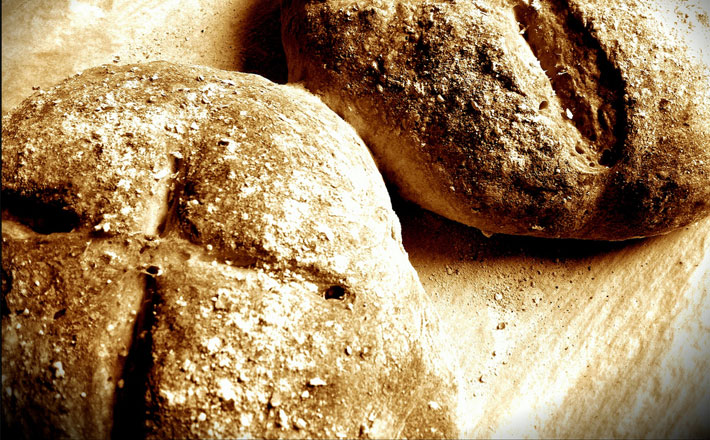 It all started when David’s son Amnon raped his half-sister Tamar. David would not punish Amnon because he was his firstborn, leading Absalom to avenge his half-sister by killing Amnon himself. After Absalom had fled into exile, a wise woman from Tekoa told David a story that convinced him to bring Absalom back. Upon his return Absalom promised people that he would be a more just and righteous king than David, and after four years of political counter-counseling, he went to Hebron, David’s first capital, and raised an army that forced David to flee Jerusalem and go across the Jordan River to Transjordan. I’ve left out many of the twists and turns in this fascinating story, including Absalom’s public raping of ten of David’s concubines to show who was the real king (2 Samuel 16:20-22).

In 2 Samuel 18, from which the First Lesson quotes nine verses, David is urged by his officers not to participate in the battle against Absalom lest the king be killed and send the whole country into chaos. David went out of his way to urge his three officers, Joab, Abishai, and Ittai to treat Absalom kindly, and all the people heard these orders (v. 5). David’s army, called “the servants of David,” killed twenty thousand from Absalom’s army called Israel (vv. 6-8). Riding a mule, Absalom got his head caught in an oak tree, apparently by his hair, of which he was very proud (2 Samuel 14:25-26). A witness told Joab what had happened, and Joab scolded the man for failing to kill Absalom. The man rebuked Joab and reminded him of David’s command to protect Absalom. Joab took this rebuke as a waste of time and stuck three spears or daggers into the heart of Absalom (vv. 10-14). Ten armor-bearers of Joab were actually the ones who killed Absalom (v. 15). After burying Absalom unceremoniously, Joab sent a Cushite messenger to tell David what happened, but another messenger outran him and told David about the military victory, but claimed he did not know what had happened to Absalom (vv. 16-30). When the Cushite messenger finally arrived, he told David the bad news, wishing that all of David’s enemies would wind up like Absalom (vv. 31-32).

Throughout these six chapters David, Joab, and Absalom are highly flawed characters, and many readers suspect that David’s publicly witnessed admonitions to his commanders not to harm Absalom may have been attempts to cover up his own involvement in Absalom’s death. Still anyone who has ever lost a child can empathize with David’s moving lament.

David should have disciplined Amnon, and Absalom should not have compounded Amnon’s violence by murdering him. Joab used the wise woman of Tekoa in an attempt to repair the broken relationship between father David and son Absalom. Absalom initiated a civil war and himself was guilty of sexual violence. David’s army killed twenty thousand of Absalom’s men, and Joab ignored three warnings not to harm Absalom. Talk about a dysfunctional family and a dysfunctional royal administration.

If the Gospel is God’s good news for our bad situations, how do we use forgiveness and reconciliation to break chains of dysfunction and violence? How did God do so in sending Jesus to bring healing and wholeness and to proclaim that there is no sin too large to forgive? The preacher can hardly “fix” all the violence out there, but he or she can urge people to step out of conflicted situations and seek help from God and from brothers and sisters. Can prodigal fathers, mothers, sons, and daughters find welcome in the church?

People complain that, in my preaching, I do not tell them what to do.

When I was working my way through college, I was forced to take a year off to pay debts and start at a new school.

I work with college students in a Baptist university.

A traditional part of the baptismal liturgy is the renouncing of all the forces of evil, the devil, and all his empty promises.
Print All Text Print All Commentary