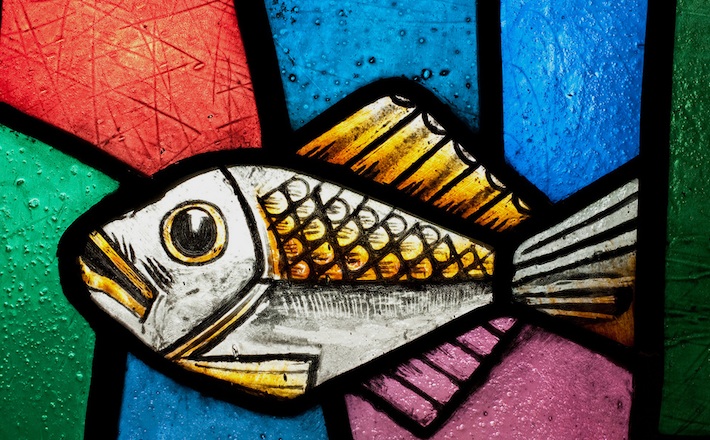 Second Samuel 11 tells the story of David’s rape of Bathsheba. The Church has equivocated on calling David’s action rape, some charging her with adultery. Having to prove to the reader that she was raped is uncomfortably similar to the plight in which many women and girls find themselves, having to prove to the police and general public that they were raped. (I say “women and girls” here, not to negate the very real experience of boys and men who also experience sexual assault, but because women and girls are so often disbelieved.)

The text indicates that David raped Bathsheba — it is important to write and preach in the active voice, holding him accountable — the evidence includes David’s commission of his soldiers to “take” her in v 4. Neither they nor she had the option to refuse. And, only David will be held accountable by God and Nathan in 2 Samuel 12 (viz. v 9); Bathsheba will not be accused of or punished for adultery in the scriptures.

In a literary sense, Bathsheba’s rape is about David. She is a character in his story, used to show how low he sinks, how penitent he becomes and how much God loves and forgives him. I prefer to read and preach the text with Bathsheba at the center of the story of her rape and aftermath, particularly the parts that are excluded from the lectionary. Doing so requires going beyond the text to some degree because it is not much interested in Bathsheba’s feelings, does not identify the rape as a crime or sin against her and shows no word from to God her directly or through any intermediary.

There is one further point about David that needs to made: David is a collector of women. After his broken engagement and marriage to Saul’s daughters Merab (1 Samuel 18:17-19) and Michal (1 Samuel 18:20-27; 25:44) over which he had no control, David collects more women. Prior to his abduction and rape of Bathsheba in 2 Samuel 11, David marries Abigail, a wealthy widow in 1 Samuel 25:1-42. In the very next verse, v 43, he marries Ahinoam as well, with no narrative explanation. Second Samuel chapter 3 lists David’s wives who have given birth to sons for him. The timing of these unions is not disclosed but they are placed before Bathsheba’s story. The sequence reflects the birth order of the sons. David’s wives include a royal daughter, Macaah of Geshur, daughter of King Talmai, and otherwise unknown women: Haggith, Abital, and Eglah. The birth order is significant; Solomon is a junior son who will eclipse many senior sons. So then, before he sends men to abduct Bathsheba for his use, David has sexual access to a minimum of six wives, seven if you count the banished Michal. The number does not include servants or slaves and prostitutes with which Israelite men could have sex without consequence. (One might argue that “servant” is not an appropriate translation given the expectation of unfettered sexual access.)

Bathsheba’s presentation in the scriptures is uncommon: Her name is preserved; only about nine percent of the personal names in the Hebrew Bible belong to women, (slightly more than one hundred). She is identified with regard to her ancestral family as a daughter or descendant of Eliam, and she is identified with regard to her spouse as the woman/wife of Uriah the Hittite. Her husband’s ethnicity has led some to speculate that her father is also Hittite. Others have identified her father with one of David’s legendary warriors in 2 Samuel 23:34, Eliam ben Ahithophel of Giloh. (In 1 Chronicles 3:5 her father’s name is Ammiel; both names are composed of the same two syllables in Hebrew, just in different order.)

Perhaps the text’s emphasis on Bathsheba’s family serves to indicate that she was a good woman, from a good family, in the same way contemporary conversations often turn to what a victim was doing or wearing. Indeed, many preachers accuse Bathsheba of flaunting herself. Again, it is important to note that the text neither condemns nor finds it out of order that Bathsheba bathes where she does. In the ethical world of the text as in our own, (they overlap here which is not always the case), David and only David is responsible for his actions.

In the aftermath of the rape, the text says that Bathsheba purified herself after her “uncleanness.” Many translations render this as “after her period,” which is a possibility accounting for the ease of conception as she would be fertile then. Any vaginal discharge, and the act of intercourse, also required the bathing ritual before which a woman was “taboo,” a better translation than the traditional “unclean.” Read in this light, Bathsheba does what many rape victims do; she washes as much of the rape off of herself as she can. Both text and culture support this.

There may have been weeks or months between the rape and the realization that she was pregnant. In the Middle Bronze and Iron Ages no one knew about the ova and the exact nature of the link between menstruation and pregnancy. As women then and now commonly bleed during pregnancy, the connection would not have been obvious. Women were not regarded as contributing anything but a suitable environment to conception. They were like fields, fertile or barren — though they surely knew seed could go bad yet never extended that analogy to male fertility. And, the word “she-conceived,” tahar, has the word “mountain,” har, in it, suggesting that pregnancies were visible when they were confirmed.

Bathsheba has to send word that she is pregnant — another humiliation. Through how many hands and mouths did that message pass before it reached David? Eventually, Bathsheba will have to live with her rapist, share his bed, and bear him more children, at least four according to 1 Chronicles 3:5.

Bathsheba’s story ends in 1 Kings chapters 1-2. She and Nathan work together to get Solomon on the throne. In Bathsheba’s last appearance in the scriptures, Solomon installs her on a throne at his right-hand side, gets up off of his throne and bows down before her. This may well be the beginning of the tradition of the Gevirah, the Queen Mother as an authoritative office that would characterize the later Judean monarchy. This text is an important supplement to Bathsheba’s rape narrative in 2 Samuel 11 because she survives the rape and David and thrives in spite of what it and he has done to her.

Students who have studied John’s Gospel with me, and especially my teaching partner Barbara Rossing, will be shocked that I am cautioning preachers not to move too quickly to the Eucharist on these Sundays devoted to “the bread of life.”

Our short reading has a number of essential elements to it.

The main subject of Psalm 145 is the eternal kingship of the Lord.

This text comes at a hinge point in Ephesians.
Print All Text Print All Commentary

Bread of the Preaching Life