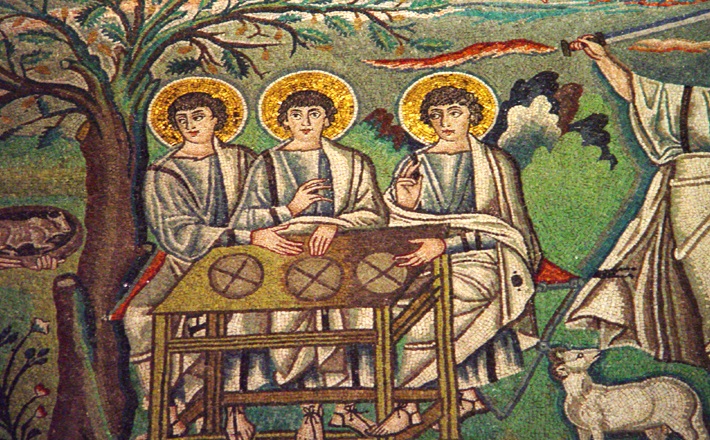 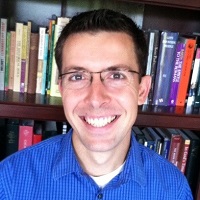 In this passage the narration zooms in, first on Jesus himself (9:35-36), then on the disciples in general (9:37-38), then the twelve apostles by name and vocation (10:1-8). With the movement from Jesus’ own ministry of teaching, preaching, and healing (9:35) to that of his followers we might expect a thick line to be drawn between him and his “apostles” (the only occurrence of this word in Matthew). There is only one Jesus, after all, and even his closest followers are but a pale reflection.

Just look at the makeup of the twelve: the “first” apostle Peter will deny the Lord three times and the last apostle Judas will betray him to death, while two apostles in between held opposite positions on the Roman occupation (tax collector Matthew worked for them, while Simon the Cananaean or “zealot” worked against them). And yet the passage ends where it begins, but this time with these assorted apostles now entrusted with Jesus’ work of proclamation (10:7) and healing (10:8).

The litany of powers designating the apostles in 10:8 could double for Jesus’ own resume: “cure the sick, raise the dead, cleanse the lepers, cast out demons.” Jesus not only sends them out with power to authenticate the kingdom’s nearness but to announce it by using the very same words as their teacher: “The kingdom of heaven has come near” (10:7; Jesus in 4:17; John in 3:2). In Matthew, Jesus’ followers include the original audience as well as us. We are expected to resemble him in word and deed. To be sent by Jesus is, in some sense, to be sent as Jesus.

Naturally, we may bristle at such a thought, ever sensitive to the dangers of savior-complexes and self-aggrandizement. Nevertheless, Matthew does not hold back from reminding us that master and apprentice, while clearly distinct in their roles, inevitably bear a resemblance to one another. In fact, a good teacher should be recognizable in her student as much as a master craftsman’s craft is evident in the work of an apprentice. As Jesus makes clear a bit later: “it is enough for the disciple to be like the teacher, and the slave like the master” (10:25).

Sometimes lost in the comparisons and contrasts between the lists of apostles (see Mark 3:16-19; Luke 6:14-16; Acts 1:13) is the fact that the naming scenes occur in quite different settings. After receiving their apostolic commission in Mark’s Gospel, it says quite unremarkably that “Jesus went home” (3:20). Luke’s appointment of the apostles has a bit more detail. Jesus spends a whole night in prayer (6:12-13), yet immediately after they are named Jesus accompanies them down the mountain to begin his “sermon on the plain” (6:20-49). The actual sending of the “twelve” in Luke comes later (9:1-6; cf. 10:1-24). The anticipation with which we may have looked upon their prayerful selection goes unfulfilled, or it is at least postponed.

With Matthew, we encounter something altogether different. Jesus seems to be in the thick of fulfilling his Father’s mission—preaching, teaching, healing—when he inducts his disciples into the same vocation. While the narrator’s word about Jesus’ compassion for his sheep (9:36) reminds us of the foundation of Jesus’ mission, his commission introduces a different image: “The harvest is plentiful, but the laborers are few; therefore ask the Lord of the harvest to send out laborers into his harvest” (9:37-38). Paired with Jesus’ compassion is a sense of urgency. The time is ripe for their mission, so he summons them and gives them “authority over unclean spirits, to cast them out, and to cure every disease and every sickness” (10:1).

The language is striking because it is a near mirror image of the words used to describe Jesus’ own practice in 9:35: “Jesus went about all the cities and villages, teaching … and proclaiming … and curing every disease and every sickness.” At this moment the narrator introduces the twelve by name. In other words, the list of names does not stand alone as a mere registry of the twelve but as an introduction to an apostleship “charter.” In this way we recognize that part of Jesus’ own mission is to train followers to join the purposes for which his Father sent him. And the apostles’ very identity is born in the midst of this movement from Father to Son to world. If, at this moment, we remembered Jesus’ words in John, “as the father sent me, so I send you” (20:21), we would not be far afield.

The emphasis on identity in mission continues after the list: “These twelve Jesus sent out with the following instructions…” (10:5). Their mission is not one that they must work out on their own. Jesus gives specific instructions on where to go and whom to visit, on what to say and what to do. We are left with the distinct impression that the twelve are defined by their participation in the ongoing movement of the kingdom into the world.

If we were to represent “kingdom” and “world” in a Venn diagram, the apostles—and we by extension—have been selected and instructed to occupy the overlap. Something of the intensity of this overlap is depicted in Jesus’ extended instructions in 10:9-23. Like “sheep into the midst of wolves” (10:16) Jesus is sending them. Where the work of God meets the trajectory of the world resistance is greatest—they will be handed over to councils, flogged in synagogues (10:17), dragged before governors and kings (10:18), families will be divided (10:21), and stigmas borne because of Jesus’ name (10:22).

And yet, with a promise anticipating the very end of the gospel, Jesus reminds his followers “do not worry about how you are to speak or what you are to say … for it is not you who speak, but the Spirit of your Father speaking through you” (10:19-20). In the very midst of persecution those obedient to Jesus’ mission will be equipped and empowered with God’s own presence. “I am with you always, even to the end of the age” (28:20). To participate in the proclamation and healing characteristic of Jesus’ own mission is to get caught up in the very life of God’s Son given to the world.