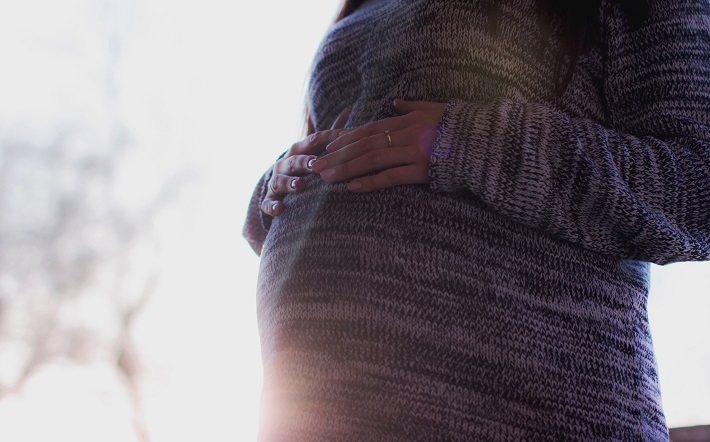 To a girl named Mary an angel came.1

Greetings favored one, the Lord is with you. This assurance of the present-ness of God sets the tone for the message that is to come. Mary does not know her life is about to be both upended and established forever in the history of humankind. She does not know that her humble beginnings are not indicative of her calling as the mother of the Messiah. She does not know that the favor upon her will not translate to personal gain, or popularity, or privilege. We have the advantage of knowing what is next, but Mary does not know why an angel would disrupt the normal course of her life with the simple words, “Greetings favored one, the Lord is with you.” It is no wonder that she was “perplexed and pondered” (1:29). Mary’s life circumstances would reasonably cause her to question—Am I favored? Is God with me? What will this favor entail?

Contemporary readers might explore how God uses “Gabriels” as holy interruptions that shift the course of life. Unexpectedly, suddenly, unanticipated—Gabriels appear and alter what seem to be fixed and predictable paths. But engagement between divine messengers and humankind is not a new phenomenon. An angel of the Lord found Hagar by a spring of water in the wilderness (Genesis 16:7). An angel of the Lord appeared to Moses in a flaming bush (Exodus 3:2). In the Hebrew Scriptures, Gabriel and Michael are the only two named angels, but they are amidst a cloud of other angelic hosts. The psalmist writes, “Angels encamp around those who fear God” (Psalm 34:7). This is often how the Divine manifests. Similarly, in the Gospels Gabriel appears with the revelation of John and Jesus. Rather than ask why Mary would have a divine intervention, perhaps contemporary readers should ask, why not Mary?

In the verses that precede Gabriel’s pronouncement, Luke promises an “orderly account” (1:3) of Jesus’ infancy narrative. Of the Gospel writers, only Luke provides a record of the first twelve years of Jesus’ life: from the promise of and preparation for His coming, as preached by John the Baptizer, to the fulfilment of promise through Mary, His mother, and Joseph, his earthly father (chapters 1-2). Only Luke records the account of Gabriel, Zechariah, and Elizabeth (1:5-25), foretelling the conception of John, juxtaposed to the account of Gabriel and Mary, foretelling the conception of Jesus (1:26-38). Whereas Matthew introduces Jesus through Joseph’s dream about an angel (1:18-25), Luke gives privilege to Mary. Matthew’s unnamed angel tells Joseph not to “put Mary away” secretly; Luke’s angelic messenger calls Mary favored, and affirms that she is in the company of the Lord, God of Israel.

Still, to a girl named Mary an angel came.

Significant in Luke’s account is that Mary speaks. While the Matthean Mary is talked about, the Lukan Mary is talked to—and she talks back.2 In Luke women speak a mere fifteen times, and only Mary is given a full speech, that is, the Magnificat (1:46-55). Moreover, “Mary the mother of Jesus is often considered Luke’s model of obedient, contemplative discipleship.”3 She is celebrated for her submission, without regard for the social and physical strain that would come for a poor pregnant girl in ancient Palestine.

Indeed, to a girl named Mary an angel came.

Consider the life of a young girl on the cusp of marriage4 in the small agrarian town of Nazareth. Biblical archeologist Carol Meyers’ writing on the roles of females and males in ancient Israel is instructive here. Despite the absence of universal gender roles, Meyers asserts that the “survival of any group is dependent upon three major activities: procreation (reproduction), production (subsistence), and protection (defense).”5 The capacity for reproduction is biological, and thus lies within the realm of female responsibility. Stated differently, marriage and childbearing for women was an orderly or normal expectation. Defense of the community, generally speaking, was a male responsibility. Production, suggests Meyers, is an activity in which the whole community could contribute in varying degrees. The expectations of Mary for procreation and production were consistent with the social norms of her day.

However, a romanticized reading of Mary’s gestation ignores the embodied complexities of pregnancy in the ancient world. Imagine Mary’s pregnant body, continuing with the rhythms of a fishing community—cleaning, slicing, preparing. Imagine the strain on her back as she carried water from the well. Imagine the swelling of her feet as she planted and gathered the harvest during the late stages of pregnancy. Imagine the sweat dripping from her brow as she gathered grain and kneaded it for the evening meal.

Social distancing and ridicule for an unwed pregnancy aside, life for Mary would not have been easy. The communal lessons of piety, submission, hospitality, and homemaking, with the expectation of marriage would have framed her cultural narrative. Shame and self-doubt may have encroached upon her mental well-being. Weems reminds contemporary readers to consider the choices Mary makes for herself, in light of the choices available to her. In the same manner, we hope our daughters and nieces will judge our choices, based on the choices available to us.6

God with Mary—God with us