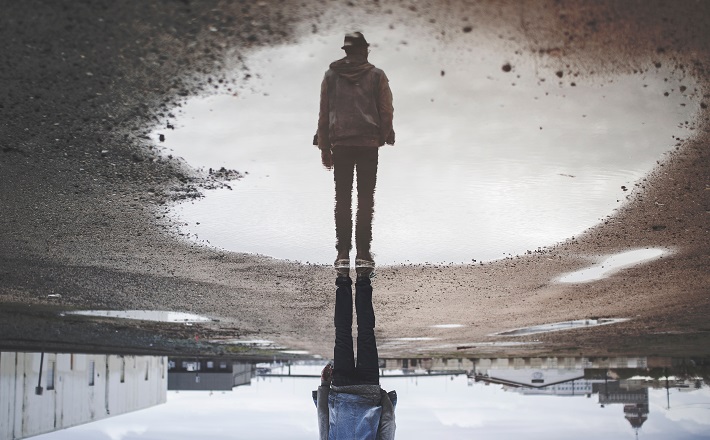 We would much rather talk about injustice, or evil, or the ways in which another’s sin has contributed to our own brokenness. It’s easier to eschew our own agency and claim victimhood. Because talking about sin is hard. It is hard to acknowledge that there is something wrong with us of which we are the main authors and contributors. It is painful to feel the shame of not measuring up to what we know we should be. It is unsettling to recognize that our thoughts, actions, and behaviors hurt others and contribute to the brokenness of our world. Acknowledging where we have fallen short can be brutally disturbing.

According to the psalmist, however, the alternative is not an especially comfortable place either. To keep silent is to let our sin infest and infect our whole being, compromising the goodness and vitality with which we were created. It is to cede what God intended us to be to our sin and allow it to affect our ability to function and enjoy well-being in this world. The psalmist describes it with images of physical depletion, “my body wasted away … my strength was dried up” (verse 3a, 4b). Sin sucks the life out of the psalmist. The point is that silence about sin, according to the psalmist, can be deadly. It allows sin to fester and spread and ravage like a cancer coursing through the body and mind.

The antidote, the psalmist offers, is confession. Not silence. Not covering up. Not ignoring. But going to that uncomfortable place, facing our sin and shame, and admitting them to God. “Then I acknowledged my sin to you, and I did not hide my iniquity; I said, ‘I will confess my transgressions to the Lord,’ and you forgave the guilt of my sin” (verse 5). The point here, as the psalmist notes, is not for the confessor to wallow in their failure or feel the shame of their wrong-doing. Rather, it is in confessing our sin that we open ourselves up to the miracle of forgiveness. What is astonishing and remarkable in this psalm is not the confession of the psalmist, but the attentive ear of God who is ready and eager to forgive.

We see this exemplified in the parable of the prodigal son, Luke 15:11-32. While the younger son struggles with how to go home, ashamed of what he has done and embarrassed to face his father again, the father runs out to greet his wayward son before the son says anything. So eager to be reconciled to his son, so ready to forgive, the father couldn’t wait for the son’s confession.

This eagerness to forgive is reflected in the language of the psalm as well. At the beginning of the psalm, the psalmist piles up term upon term to give expression to sin — transgression, sin, iniquity, deceit — four terms used eight different times in five verses. But more prominent than the terms for sin are the expansive and wide-ranging terms used to describe forgiveness.

The psalmist’s sin is forgiven, covered, and not counted against him. The force of these terms is not that the sin is ignored, but that the relational damage resulting from the sin is absorbed by God himself. God doesn’t hold sin against the psalmist and as a result, takes away the guilt and the accompanying shame of the wrong-doing. Restoration of the sinner to God is complete and total.

Some scholars have noted the parallels between Psalm 32 and Psalm 1. Both open with a wisdom saying, “Blessed is the one … ”offering counsel about how to live well in this world. Furthermore, both contrast the way of the righteous and the wicked (32:10-11). The effect of this connection is to put the two psalms in conversation with each other about what it is to be righteous.

In other words, sin by itself does not necessarily determine one’s status before God. After all, according to Paul, all have sinned and fallen short of the glory of God (Romans 3:23). Instead, it is God’s willingness to forgive and our willingness to receive that forgiveness that makes us right before God.

Having received forgiveness himself, the psalmist directs his attention to his audience, instructing them to do the same. “Therefore let all who are faithful offer prayer to you … I will instruct you and teach you the way you should go … Do not be like a horse or a mule, without understanding … ” (verses 6a, 8a, 9a). In other words, the psalmist exhorts his audience — don’t be stubborn about this. Don’t think you can be happy without God. Don’t think you will thrive going your own way. Choose righteousness instead of wickedness. Choose confession and forgiveness over ignoring or hiding sin. Choose relationship with God over autonomy.

This is the ego-bruising work of Lent. Acknowledging that we are not all that God desires us to be, that we have indeed fallen short, that we too are the reason Christ was nailed to a cross. But it is also to rejoice in the truth that we are forgiven, that in Christ, our sins are covered. In Christ, we are a new creation. So, in the season of Lent, let us be counted among the righteous, those who know that yes, we are sinners, but that in Christ, we are forgiven.