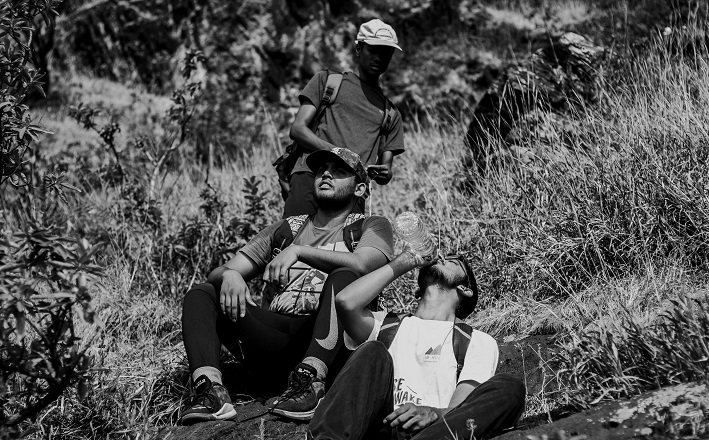 "Blessed are those who hunger and thirst for righteousness, for they will be filled." Photo by Vikas Shankarathota on Unsplash; licensed under CC0.
February 2, 2020

After Jesus has preached in such a compelling way, what do we have left to say?

The Sermon on the Mount is both memorable to its hearers and a challenge for preachers. The vision it casts does not get any less difficult to embody with the passing of time. Its blessings are deceptively simple, for they imagine—with an economy of words but a depth of hard-won conviction—a world turned upside down.

The challenge for the preacher will be to make clear the sharp edges of these blessings, to ground them in the lived realities of those Jesus calls blessed, and to avoid domesticating these revolutionary calls to a world aligned by divine justice.

So, what do preachers have to add to these ancient words? The preacher’s task may be to help us connect these ancient promises of a world turned upside down in a context still wrestling with Jesus’ revolutionary call to turn to the poor, the mourning, the weak in order to see and experience the shape of God’s kingdom.

Here, like Moses at Mt. Sinai, Jesus interprets and promulgates God’s vision of a world aligned with God’s concerns. In this way, Jesus’ sharing and interpreting of these commandments is less an imposition of strictures for an obedient life than a guide to a life of wholeness aligned with God’s creation and grace. That is, both the Sermon on the Mount and the Ten Commandments are not rules as much as they are visions for communal wholeness rooted in God’s liberation of the oppressed. Also, like the Ten Commandments, the Sermon on the Mount is narrated and imbedded within a larger story about the character of a faithful God.

Notice, for instance, that the Ten Commandments in Exodus 20 start, not with the call to worship God alone, but a recalling of God’s deliverance of Israel from slavery: “I am the Lord your God, who brought you out of the land of Egypt, out of the house of slavery” (Exodus 20:2).

In a similar way, the Sermon on the Mount is not detached from God’s faithfulness as mirrored in the exorcising of demons, the healing of the sick, the resurrection of the dead. That is, the Sermon on the Mount is not just a list of wise insights but the outflow of God’s own goodness as reflected in Jesus’ ministry. From Moses to Jesus, the call to live a life of holiness and righteousness is not moralistic as much as it is a response of gratitude for God’s graceful deeds and a call to embodied recognition of God’s holiness.

Thus, we learn that Jesus’ teaching is not innovation but a vibrant recalling of tradition. Jesus’ words are not new so much as they are deeply rooted in God’s ancient promises and the ancient vision Moses shares on Mount Sinai. These are not new commandments so much as echoes of ancient visions of God’s hopes.

The mountain, for both Moses and Jesus, is a liminal space, a crossroads of human life and divine instruction, a sacred place where the heavens and the earth meet. This meeting of the divine and the mundane is not ethereal, however, but tangible.

The Sermon on the Mount does not lift us away from material concern into a spiritual plane but coordinates the spiritual and the quotidian. Notice verse 3: “Blessed are the poor in spirit.” I often find myself drawn more to Luke’s bald assertion that the poor, not the poor in spirit, are blessed.

But what if Matthew’s version of the sermon is no less concerned with the materially poor than the relationally poor, the spiritually poor? What if Matthew’s Jesus is winding together these forms of poverty so we can come to know their inextricability from one another? That is, the Sermon on the Mount is not about making a choice between the heavenly and the earthly but the inextricability of the two.

Last, preachers can help us experience this upturning of the world. Jesus’ beatitudes are nonsensical on the terms projected by the powerful, the rich, the comfortable; that is, if we are honest, they are nonsensical to most of us reading this website along with many of those hearing our sermons. How can weakness be powerful? How can peacemakers thrive in a world tinged with violence? How can persecution be a site of blessed transformation?

We ought not blunt the radical edge of this imagination for a world turned on its head. We ought also not romanticize the plight of the poor, the persecuted. They are both the recipients of this sermon but also the victims of a world bent towards destruction, not resurrection.

Preachers can remind their hearers that the Sermon of the Mount makes far more sense to Galilean peasants in the first century, to refugees fleeing violence, to hungry children who know the raw ache of an empty stomach than to those of us who live with more privilege than not. Jesus speaks directly to those who suffer and makes these promises.

The question remains whether we will echo those promises not just with the words we speak but with every step we take.

The historical situation of this text is not entirely clear.1

There are two divergent ways to think about Psalm 15.1

Loyalty to the pastor, friends, family and loyalty to educational achievements creates various factions in the church, and in the Corinthian church it was probably the norm.
Print All Text Print All Commentary

Discussion Questions for Epiphany 4A