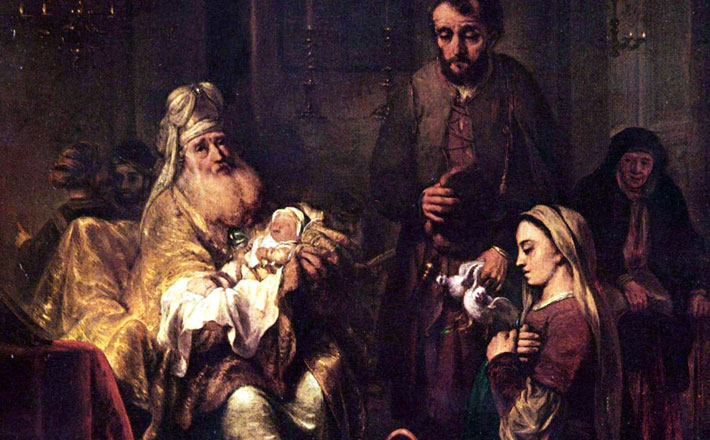 Along with the stories of the circumcision and naming of Jesus (Luke 2:21, January 1 every year), the visit of the magi (Matthew 2:1-12, Epiphany every year), the slaughter of the innocents (Matthew 2:13-23, First Sunday after Christmas in year A), and Jesus in the temple as a twelve-year-old (Luke 2:41-52, First Sunday after Christmas in year C), this story gives one a rare opportunity to preach on Jesus’ childhood on a Sunday.

The scarcity of information about Jesus’ childhood reminds us that the gospels are not biographies, or at least not primarily that. They are kerygmatic narratives — they seek to proclaim the gospel and to undergird and strengthen faith in Christ. The little information that they give us about Jesus’ childhood is not intended, say, to explain the development of his character or personality. It is clear that Luke’s childhood stories seek to make theological points: Jesus was born a Jew among Jews. He came under the law of Moses. And, although he fulfilled the law in honoring his father and mother (Luke 2:51), his ultimate obedience was to his heavenly Father (Luke 2:49; cf. Mark 3:35). As such, our Gospel lesson is easily linked to the epistle reading for the day, where Paul tells us that Jesus was “born of woman” and “born under the law” so that he might redeem those who were under the law (Galatians 4:4-5). (The same link is easily made on January 1, for which the Galatians text is appointed every year.)

The presentation in Jerusalem is motivated by specific requirements of the law of Moses. According to Leviticus 12, after a woman gives birth to a son, she is impure for forty days. At the end of that period, she is to bring an offering to the temple, which the priest offers as a sacrifice, effecting her purification. In addition, Exodus 13:2, 12, 15 state that every first-born male (which “opens the womb”), whether human or animal, “belongs” to the Lord (cf. 34:20). While (clean) animals (Leviticus 27:27) would be sacrificed, first-born sons needed to be redeemed (Exodus 13:12-15). According to Numbers 3:46-51, the redemption involved the payment of five shekels to the priesthood. However, according to another tradition in Numbers 3:11-13; 8:16-18, the tribe of the Levites takes the place of the first-born sons of Israel as the Lord’s possession. Thus the biblical notion of redemption included the idea that the first-born son “belongs” to the Lord in a special way and is dedicated to serve him (as the Levites were also dedicated to serve him).

Luke has apparently taken this old idea of the first-born son being dedicated to God’s service and made it fruitful for his narrative. The Torah contains no requirement that the first-born son be presented at the temple. However, Luke alludes to the story of Samuel. When Hannah, who had no children, prayed to God for a son, she vowed that, if she had a son, she would give him to God for all his days (1 Samuel 1:11). And indeed, after Samuel was born, Hannah brought him to the temple, and he was “lent” to the Lord for life (1 Samuel 1:24-28). It is clear that Mary in Luke takes the role of Hannah (cf. Luke 1:46-55 with 1 Samuel 1:11; 2:1-10) while Jesus takes the role of Samuel (cf. Luke 2:40, 52 with 1 Samuel 2:26). Thus when Joseph and Mary present Jesus to the Lord in Jerusalem, they are in effect dedicating his life to God (no redemption money is given). Jesus will be “holy to the Lord” (Luke 2:23). With these words Luke subtly alters the language of Exodus 13:2, 12 from a command to consecrate (hagiazein) the first-born to God to a declaration about Jesus. Luke’s wording is reminiscent of Luke 1:35, where the angel Gabriel tells Mary that her son will be “holy” and will be called the “Son of God,” because he will be conceived by the Holy Spirit. Luke’s wording is perhaps also (though more distantly) reminiscent of other stories that speak of Jesus as a “holy one” with a special relationship to God (e.g., Mark 1:24). The story thus sets the stage for Jesus’ life dedicated fully to his heavenly Father (Luke 2:49).

As noted above, Paul speaks of Jesus as having been born under the law in order to redeem those who were under the law. Instead of being redeemed, Jesus himself will by his death redeem others. This happens when Jesus takes upon himself the curse of the law — indeed, “becomes” the curse (of the law) — by being crucified on the tree (Galatians 3:13). That is the scandal of the cross, by which God saves the world (1 Corinthians 1:21, 23). The idea is, to be sure, more Pauline than Lukan. Yet the scandal of the cross is hinted at in Luke 2:34. Jesus will be the cause of many rising and falling in Israel — he will be both the stone upon which some stumble and the stone of salvation (Romans 9:33; 1 Peter 2:6-8). In any case, Luke’s account certainly gives credence to Paul’s claim. The dedication of Jesus to God at the temple sets Jesus on the way to his work of redemption.

Simeon and Anna appear as devout Jews who are awaiting the fulfillment of God’s promises of consolation and redemption for Israel. These sections of Luke’s story are drenched with the language of Deutero-Isaiah (cf. Isaiah 40:1; 42:6; 49:6, 13; 52:9, 10). Simeon and Anna thus become spokesman and spokeswoman for the salvation and redemption that is to come through Jesus. Simeon gets a glimpse of the salvation that one-day the whole world (“all flesh”) will see (cf. Luke 3:6, Luke’s addition to Mark): forgiveness of sins and deliverance from eternal death (Acts 13:38-39, 46-47). That is the ultimate meaning of Christmas, the incarnation of the Son of God.