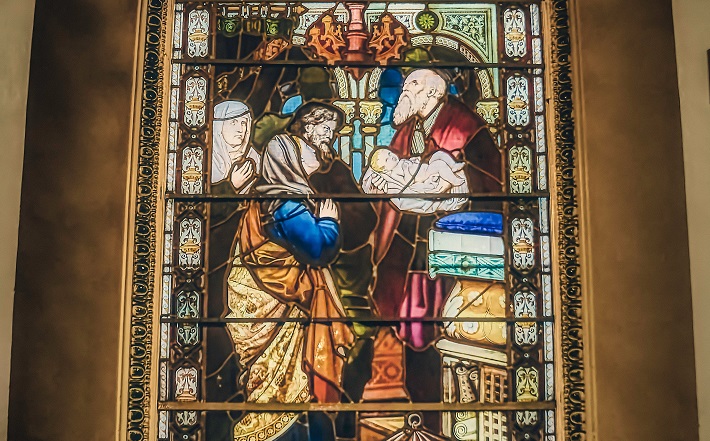 The book of Ezekiel defines a true prophet in this way: one who repairs the wall and stands in the breach on behalf of the people (Ezekiel 22:30).1

Based on this criterion, the author of Isaiah 61:10—62:3 is truly a prophet. He stands in the gap between God and Judah, decreeing a new age of freedom and restoration (Isaiah 61:1-3) and refusing to leave God in silence until Zion’s vindication is manifest on earth as it is in heaven. Fundamentally, Isaiah 61:10—62:3 is about the profound transformation that occurs in Zion as a result of the prophet’s spirit-anointed mission. So fundamental is this transformation that Zion has to be renamed (Isaiah 62:2).

Even though we know next to nothing about this prophet’s historical identity, we do know something about what the prophet thought about his own calling and how it relates to the restoration of Zion found in Isaiah 60-62 more broadly. The prophet is anointed by the Spirit (Isaiah 61:1), and his vocation is delineated in a series of infinitive clauses, which indicate the nature of his mission:

The heraldic nature of the call is unmistakable. His job is to announce the new age described throughout Isaiah 60-62 to the oppressed, brokenhearted, prisoners, and mourners. In other words, like many of us, he is called to shine the light of promise into the dungeons of hopelessness.

Remarkable things will happen because of the prophet’s mission. The people of Zion will be called “oaks of righteousness” (Isaiah 61:3), they will rebuild and repair ruins, and they will exercise dominion over strangers and foreigners. Not only will the city of Zion be renewed, it will once again reflect God’s glory and wield international power (see my Working Preacher commentary on Isaiah 60:1-6 for my comments on how to preach the more problematic imperial aspects of Zion theology).

But even more breathtaking are the claims made in Isaiah 61:6a: The entire audience will be called “priests of Yhwh, ministers of our God” (v. 6a). The status of “priest” is typically reserved only for a select group within Israel. The text’s broadening of the priestly title to his entire audience is in line with the theological tendencies of Third Isaiah’s prophetic predecessor, “Second Isaiah,” who applied the entire Davidic covenant to Yhwh’s people (Isaiah 55:3-5). This special people, moreover, will not only be exalted in status, they will also receive the “wealth of the nations” (Isaiah 61:6), a reference back to Isaiah 60. Zion’s fortunes are reversed: Instead of double shame, the audience will inherit double in their land, including everlasting joy (Isaiah 61:7). The God of Isaiah 60-62 is a God who promises a profound reversal of circumstances.

Isaiah 61 concludes with two speeches, one by Yhwh (Isaiah 61:8-9) and one by the anointed prophet whose vocational report opened this chapter (verses 10-11). The new act of salvation promised in Isaiah 61 is grounded in the love of Yhwh for what is right (cf. Ps 37:28) and in his hatred for robbery-tainted burnt offerings (Isaiah 61:8-9). He will give his people their due and, in a promise reminiscent of Isaiah 55:3, will make with “them” an eternal covenant (Isaiah 61:8). As is the case in Isaiah 55, this new covenant has implications for Israel’s relationship to the nations. Zion’s inhabitants will be renowned, and all who see them will take notice that they are a “seed” blessed by Yhwh (61:9; cf. esp. Isaiah 55:5). Isaiah 61:10-11 returns to the voice of the anointed messenger in the form of praise.

Turning to Isaiah 62:1-3, we encounter again the powerful and persistent voice of the prophet, who refuses to remain silent until the Jerusalem of history is transformed into the Zion of eschatology (Isaiah 62:1); or, to use his own words, “until her vindication shines out like the dawn, and her salvation like a burning torch” (Isaiah 62:1). The prophet embodies Yhwh’s own devotion to Jerusalem, where Yhwh’s name dwells.

Reflective of her newfound station among the nations of the earth, Zion receives a “new name that the mouth of the LORD will give” (Isaiah 62:2). The giving of a new name commonly accompanied the giving of a new position in the royal court (cf. Daniel 4:8 and the Ethiopian courtier, “Ebed-melech,” in Jeremiah [see, e.g., Jeremiah 38:7-12]) or could even be associated with significant moments in life (see, e.g., Genesis 32:28).

These are extravagant promises. But one discovers a profound tension when one compares the promises made to Zion in Isaiah 61:10—62:3 with a sober analysis of Jerusalem’s history: The Zion of Third Isaiah is not the Jerusalem of history. This ever-widening gap between Third Isaiah’s promises and Jerusalem’s history (ancient and modern) produces a sense of dissonance not unknown to Christians. For centuries, Christians have waited for the second “Advent” of their lord. They give liturgical voice to this longing in the weeks leading up to Christmas. And while Advent and Christmas are typically seasons of joy, careful thought reveals that Advent is also a season of sighing: Celebrating Christ’s first Advent is fine, but what about the second Advent? Where is our Lord? Where has God been while disease, poverty, violence, and hunger afflict creation? Sure, humanity can do more, but the eschatological and apocalyptic texts of the Bible indicate that humanity cannot do it all. God is needed. The world is constantly changing but will it ever be transformed? Will we ever be able to celebrate Easter, not as a remembrance but as a reality? The luster of promise expounded so beautifully in Isaiah 61:10—62:3, loses some of its luster in view of lived experience—“Amen, but where are you God? … ”

The mission given to the prophet of Isaiah 61:10—62:3 is still needed today, so long as the world is populated by those who are brokenhearted, mourning and in captivity. Christians often see Christ as a fulfillment of prophecies given in Isaiah 61:10—62:3 (Luke 4:16-30), but in point of fact, the prophet’s mission (see especially Isaiah 61:1-3) represents an abiding call, a mantle which Jesus happened to take up in the first century, but which remains available to those called to wear it. So long as Christians have to look forward to Christ’s Second Advent, there will be need for a herald of promises as-yet-unseen.