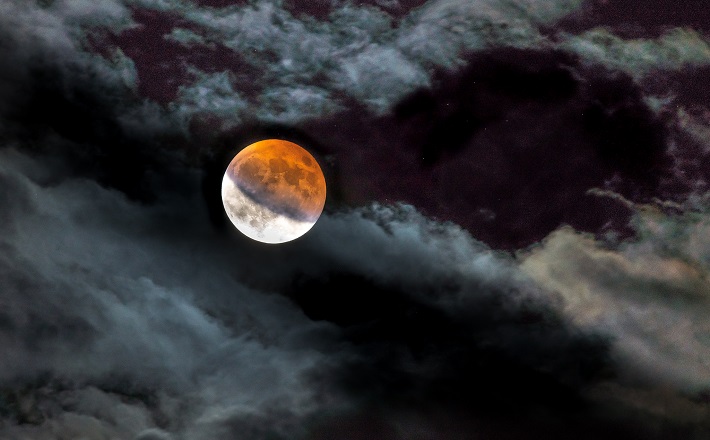 And, by the way, he continued, aren’t we supposed to be getting ready for Jesus’ birthday rather than his return?

Maybe what he wanted from the First Sunday of Advent was a lectionary version of a baby shower invite. Something like this, perhaps: Bow or Beau, soon you will know! Imagine Luke’s baby shower invitation through the lens of the eschatological discourse: “There will be signs in the sun, the moon, and the stars, and on the earth distress among nations” (Luke 21:25a).

Consider the irony of a local hospital’s roadside advertisement for their labor unit. A picture shows a pregnancy test kit indicating “positive” and above this image, the hospital’s promise “We believe you should have a positive birth experience.”

I’ve never experienced labor (obviously), but I’ve watched, and watching birth can be traumatic, to say nothing of going through labor. Paradoxically, when labor swings into motion, bringing with it the beginnings of life, our own sense of control, i.e., life as we imagine it, begins to unravel.

We resist not only loss as such, but its signs. After our first daughter was born, I sent pictures to my parents. One picture showed their granddaughter slick with fresh-from-the-womb blood. My father complained: “Couldn’t you have cleaned her up first?”

Admittedly, a smart phone is a dangerous thing in the hands of an adrenalized parent, but my father’s criticism goes to something basic: we would wipe the human condition clean of the bloody stain of That Day.

Jesus’ discourse points to a profound loss of control: “People will faint from fear and foreboding of what is coming upon the world, for the power of the heavens will be shaken” (Luke 21:26).

As if that was not enough, Luke’s Jesus assures us that this will happen not only to a few, but for the whole world; what is more, that day is surely coming.

Most people live as if “that day” will somehow miss them, that somehow their name won’t come up on the draft list, that the dire sentence of disease or ruin or confusion will be suspended indefinitely, at least for them.

All of us nurture this illusion. Maybe it’s a necessary one, to some extent. But Luke’s witness to the upheaval of the world underscores how that day may strike any of us and, indeed, will strike all of us.

“There have been many losses,” writes Janice Jean Springer, reflecting on the days following her diagnosis of Parkinson’s disease. Among these losses, she counts the erosion of her “self-image as a strong and vibrant woman … ” By contrast, the struggle to keep her balance, to not fall, seems unpleasantly familiar.

She has lost other things as well, but perhaps the most painful loss of all: “I’ve lost my illusions. I’ve lost the illusion that I am exempt from the losses and limits that besiege other people.”

She writes that each of us will be confronted by losses that make us wrestle with the question, “[How] can I be faithful in my new circumstances?”2

I wonder if that supplies a clue for reading Luke’s text: first, the text introduces a profound, cosmic experience of loss. This loss, Luke tells us, will be accompanied by signs, worrisome signals that all is not well.

Curiously, amid the rising tide of confusion, we are to look for a familiar face, one we will recognize: “They will see ‘the Son of Man coming in a cloud’ with power and great glory’” (Luke 21:27). Instead of crumbling to the ground, Jesus suggests our eyes will be opened and we will meet not a stranger “but the one who has already appeared among us as the definitive revelation of God.”3

Then come verses 29-33, introducing the ordinary rhythms of nature. You know how it is with the seasons: as soon as you see the buds of new leaves on the trees, you understand that summer is near. The same for when you see these things, the Reign of God is near.

Everything you know will pass, but my words will not pass. So whatever happens, Jesus says, be on guard. Be alert. See the signs as my imminent return.

Springer’s spiritual director suggested that her experiences might actually be giving her life a “contemplative shape, a deeper monastic spirit.” What did she do? Looking at her daily schedule with a new set of eyes, she saw something that might resemble the monastic practice of praying the hours: “I inserted the Latin names of the hours of prayer into my daily routine of pills and naps and exercises. Now, each time I check the schedule I’m reminded that my day is permeated with prayer.”

She admits that some days it doesn’t work. Sometimes she would rather enjoy a Ben and Jerry’s New York Super Fudge Chunk ice cream than “[learn] what this illness” has to teach her. But on most days, on the unfamiliar road, she is given glimpses of the God she knows, her hours filled with quiet recognitions of a God of love and grace, a companion who walks the road with her.4

Perhaps her experience is not unlike the way Christ walked with the disciples on their way to Emmaus, seemingly a stranger to their loss and yet, in ways that defy easy explanation, their closest companion (Luke 24:30-32).

Advent is a season for feeling out of kilter.

At first blush, Psalm 25 may seem an odd song for Advent.

At first reading three things leap out of this passage: thankfulness, love and relationship.
Print All Text Print All Commentary