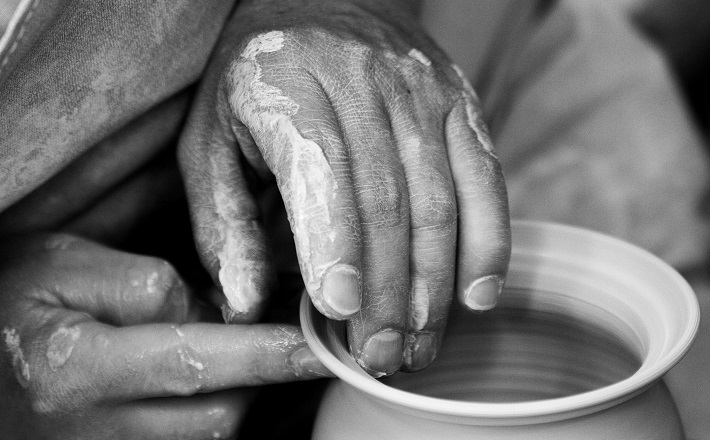 The various texts for this Sunday are completely consistent with a theme of waiting in hopeful expectation; but Psalm 80 urgently presses the matter in terms of God’s responsibility for the plight of Israel. Those who follow Working Preacher have been richly rewarded with several excellent treatments of this specific psalm lection.

Rolf Jacobson (2008) emphasized how the refrain (verses 3, 7, 19) serves as a literary and thematic key to the psalm, helping us feel the increasing intensity of addressing God: O God; O God of hosts; O Lord God of hosts. He also calls attention to the mixing of metaphors for God — shepherd and gardener — when the complete psalm is considered. Dennis Tucker (2011) interacted with the militaristic overtones in the psalm and addressed the Advent worship setting in which this selection is used. James Howell (2014) compared and contrasted Israel’s national lament with how our own nation might learn from this psalm. Seeing no reason to restate their insights, I would like to discuss three other aspects of Psalm 80 for the preacher and worship leader to consider: the psalm as part of the Asaph collection; the psalm’s sense of community in relation to the other lectionary readings; and the psalm’s use of a specific Hebrew phrase, literally rendered as “son of man.”

First, the superscription for Psalm 80 identifies it as belonging to Asaph, mentioned in 1 Chronicles as a Levitical worship leader appointed by David (1 Chronicles 6:39; 25:1-2). Acknowledging the legitimate questions raised about the historicity of psalm superscriptions, Psalm 80’s association with the Asaphite singers reminds us to ponder the canonical shaping of the Book of Psalms as a whole. The twelve psalms associated with Asaph (Psalms 50, 73-83) are a collection “likely of northern origin, reflect[ing] a strong interest in divine justice, Israel’s history from exodus to exile, and Zion.”1

While there are notes of thanksgiving in the collection (Psalms 75, 76), its predominant lament form bemoans Israel’s failures to keep covenant while also asking God why judgment has come upon his people. This combination of concerns helps us understand Psalm 80’s contribution to the collection, insofar as it seems to place the onus on God for letting trouble come upon the nation when no particular shortcoming of theirs is condemned. The Asaphite capacity for honest, gut-wrenching prayer works along a spectrum of situations. Psalm 80 happens to reflect a time when the nation’s troubles appeared to have no identifiable source except God’s inexplicable displeasure with them.

Second, with that background in mind, we can understand a little more of the community’s situation as they wrestle with God in Psalm 80. In the immediately preceding psalm, the Asaphites express their complaint (Psalm 79:1-5) before moving to petitions (Psalm 79:6-12). However, Psalm 80 contains this jarring opening of intense requests that God listen, act, and remedy their situation. Perhaps even more startling is the turn that takes place within one clause of verse 5. The sentence that begins, “You have fed them,” prepares us for a description of the sustenance they have received, but instead their solid and liquid diet is only tears. The community is trying to comprehend how their good shepherd can possibly be feeding tears to the flock. Such a circumstance is a reversal of the kind of compassion Jesus said we can expect from a good human parent or from God (Matthew 7:9-10).

Pastors looking for connections among the day’s lectionary readings will find significant intertextuality with the Old Testament reading from Isaiah 64. The similar rhetoric in that the prophetic oracle and Psalm 80 may not be proof of the latter’s historical setting, but it is suggestive of a shared theological outlook that can question God’s purposes while at the same time affirming God as the sole source of their deliverance. For its part, the New Testament selection (1 Corinthians 1:3-9) provides a completely different angle on prayer, with Paul thanking God’s for Corinth’s spiritual gifts prior to offering occasionally harsh critique of how that community used or abused those gifts.

Third, Psalm 80 provides an indirect connection to the “Son of Man” language used by Jesus in his apocalyptic discourse in this Sunday’s gospel reading (Mark 13:24-37). Many pastors and congregations that use the Revised Common Lectionary also use the New Revised Standard Version (NRSV) for preaching and worship. Its translation of Psalm 80:17 is, “But let your hand be upon the one at your right hand, the one whom you made strong for yourself.” A more literal reading of the object of God’s action is, “the man (’iš) at your right hand . . . the son of man (ben-’adam) . . .” We could argue that the NRSV has good reasons for going with a more gender inclusive rendering of those phrases, and contemporary scholarship understands it so.2 Moreover, when considering God’s love for humankind in Psalm 8:4, the terms “human beings” (’enôš) and “mortals” (ben-’adam) are rightly used.

However, we could also say that the terms in Psalm 80 refer not to human beings in general but to the Israelite king. To choose the word, “one,” at least for “the son of man,” might obscure not only the royal allusions in this psalm’s perspective but also its links to the apocalyptic image found in Daniel 7:13-14 (where, the NRSV has “human being”), on which Jesus seems to be drawing. I am not here arguing for a prophetic function of Psalm 80:17; rather, I want contemporary readers to understand how ancient interpreters, such as St. Augustine, could move freely between literal and figurative meanings, naming “this son of man, Christ Jesus.”3 Given our task as Advent proclaimers, perhaps we could, too.