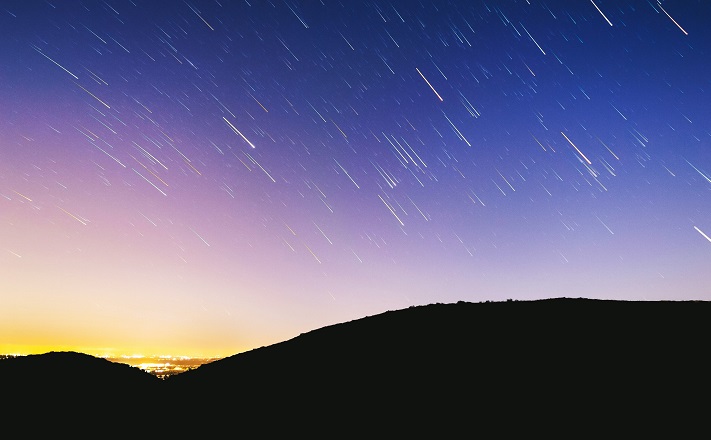 In this first Advent gospel reading, four times the disciples are called to keep awake, alert, on the watch. Something is going to happen.

The reader is drawn in with anticipation and expectation of an impending event. “In those days, after the suffering the sun will be darkened and the moon will not give its light…” (13:24). Wait! The something for which we wait is not the birth of the baby Jesus. It is not a manger or an overcrowded inn or shepherds in search of a babe wrapped in swaddling clothes. Nor is it the baking of sugar plums, or covering of gifts with shiny reflective red, green, and silver gift-wrapping paper. It is not what we expect to hear at this time of year, or perhaps, it is just not what we want to hear. In fact, at first glance the prophetic overture is dim.

The selected text is made clearer as the whole of Mark 13 is brought into view. Early on Jesus calls the disciples to pay attention. Watch for deception. Watch out for yourselves. Watch during the difficult days ahead. In the face of environmental, political, social, and cosmic calamity—stay woke. It is as if there is the possibility that the disciples will miss that which should be seen and known. The disciples’ tendency towards ignorance in the midst of divine activity is a dominant theme in Mark’s Gospel. They do not seem to recognize Jesus, though they believe he is the Messiah. Jesus’ insistent call for attentive living might also be read as apocalyptic pastoral care.1 Despite their dull perception, Jesus urges them: stay alert and woke.

Cost of the call

There are various Greek words used to convey seeing or to see. The one most used in Mark 13 relates to the function of the eye, as opposed to blindness or not seeing.2 The term also relates to spiritual and intellectual perception (13:5, 9, 23). Verse 33 moves beyond spiritual perception to a call to lose sleep as one endeavors to participate in the work of the Divine. It is a care-full call to embodied vigilance, that is, mental, physical, and spiritual rigor, despite the fatigue that may accompany the absence of sleep or adequate rest. Later in Mark’s Gospel Jesus asks the disciples, “Could you not keep awake one hour?” (14:37). In this critical time before Jesus is falsely accused and betrayed, the disciples are asleep.

What is at stake when we sleep or allow our senses to become dull during times of crises? Who is at risk when God’s people slip into spiritual slumber? What is the cost for sleeping when the call is to see, to remain awake, and to work? While the disciples were sleeping, Judas, the religious leaders, and a crowd were en route to arrest Jesus (14:43).

Destruction of the Temple

The speech of Mark 13 is Jesus’ response to the disciples’ query: “Tell us, when will this be, and what will be the sign that all these things are about to be accomplished?” (13:4). With traditional eschatological and Jewish apocalyptic imagery, the culmination of the realm of God is foretold. Jesus’ response on the Mount of Olivet indicates that signs of the impending tribulation and destruction of the temple will be pervasive. The center of religious life will surely be destroyed; the question is when will it be destroyed? A pertinent question for contemporary readers is what happens when the temple is destroyed?

For some congregants, the closing of houses of worship across the United States and the world due to the COVID-19 pandemic felt like ‘temple destruction’. Church buildings remained intact, but rituals and rhythms, religious habits and patterns were significantly altered (and remain so for many). In a matter of days, the COVID-19 pandemic prompted faith leaders and communities to abandon brick and mortar and reconvene in virtual sanctuaries. Across traditions, faith leaders reimagined and envisioned what it means to live without the physical assembly in the physical space. The disruption that was expected to be for a few weeks or a month has stretched into eight months and counting. Something was lost in an instant, demolished by the prevalence of virus. Was it normalcy? Comfort? Security, or the perception thereof? In the midst of it, the call to wait and watch and work remains.

Time emerges as a theme related to watchfulness. When will these things be? The lesson of the fig tree juxtaposed to the parable of the houseowner may be interpreted as predictable imminence and unpredictable suddenness.3 The imagery of the ripening fig tree suggests a definite urgency; new sprouts hint that a new season is on the horizon (13:28). Similarly, the signs of the times let the disciples know, “he’s near, at the entrance” (13:29). Exactly who he is, is unclear. But with surety, when all else fails, Jesus is reliable.

In contrast to the certainty of the fig blossom is the unpredictable suddenness of a traveling homeowner. The timing of the return of the homeowner is unknown to the servants. They are charged to work and watch, and not to be found asleep. The work referred to here is not specified but is often interpreted as the work of discipleship. But what happens when the return is delayed? The longer the delay, the more likely servants become at risk of complacency, slackness, and even distraction. The absence of certainty about the return makes ripe the conditions for workers to go absent without leave, or AWOL, and God’s mission goes unfulfilled. Nevertheless, even with this potentiality, Jesus is adamant that his followers remain alert and engaged. The precise timing of what is to come is irrelevant; preparedness for what is to come is what matters.

We enter the Advent season with a tripartite call—to watch, to wait, to work. Watching can be hard. Waiting can cause disillusionment. Work can be difficult. Still, Jesus’ disciples are called to actively wait, with anticipation. We may not know what is to come, but we know Who is to come.