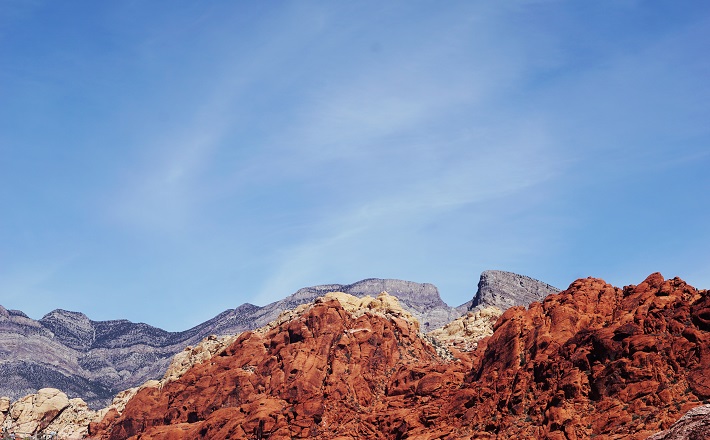 "He fasted forty days and forty nights, and afterwards he was famished." Photo by Lauren Kay on Unsplash; licensed under CC0.
March 1, 2020

Taken together these chapters are likely to form the lens through which one reads the biblical text. By the time one gets to the end of this story, humanity, first assessed as very good, not only has to live with the consequences of having made a terrible mistake, but also has been cursed and evicted from the Garden by God. Such a reading, based on years of traditional and cultural misunderstandings of the text, I submit is not only detrimental, it is not what the text says or intends. If one is to get the import of this passage, one must look at this passage in the context of Genesis 1-3.

Recall that Genesis 1 says that creation, which was good before humanity showed up on the planet, is now “very good.” This good is not earned. It is, rather, an inherent part of being human. This goodness is not some sort of afterthought. Rather, the mere presence of humanity in creation is sufficient for God to see that the good of creation is now very good.

The second creation story, in Genesis 2, continues in this goodness. This time, rather than male and female being created simultaneously, they are created separately. During the time between the creation of the two, the man is busy doing the work commanded by God, that of tilling and keeping the garden and of naming cattle, birds, and every animal of the field. This naming is done in search of a companion for the man. Finding none to the man’s undeniable delight, God’s performative surgery creates the perfect companion, a woman out of the man’s rib.

Endless volumes have been written declaring the woman as somehow inherently second class, less than, inferior to the man because of the time lapse between creation of the two beings. These assessments, I suggest, miss the point. Rather than representing a relationship of superiority/inferiority, use of the rib represents the idea that “you can’t have one without the other.” The rib is an indication of the closeness and connectedness of the two human beings.

If one comes to chapter three thinking that the women is somehow less than the man, that negative assessment continues to the detriment of all. She who is created second, is now first to eat of the forbidden tree. Intuitively, they knew that something in their world had changed. Immediately their eyes were opened and they knew they were naked.

It is interesting to note that at this point in the story, their circumstances have not changed. They were naked before eating of the tree of good and evil and remain so after eating thereof. The only change thus far is their understanding of their circumstances. Their understanding prompts them to use fig leaves, ineffective as they may be, to cover their nakedness.

Their ineffective cover-up is now an even more futile attempt to hide from God and from accountability. God’s presence only makes things worse. The ensuing conversation with God would be comical for the man blames the woman, and the woman blames the serpent. This, however, is no laughing matter.

Often misunderstood as God cursing humanity, a close reading of the text reveals that only the serpent and the ground are cursed. Even so, the failure to accept responsibility results in dire consequences for the woman regarding childbirth, for the man regarding work, and for the serpent regarding its limited mobility on the earth.

Carol Meyers suggests that the woman’s pain of childbirth is not so much about physical pain, but is a reference to God’s saying “I will greatly increase your work and your pregnancies,”[1] that women would be expected to “have large families and also work hard.” Women, Meyers suggests, might resist the idea of having so many pregnancies. Meyers continues: “Male rule in this verse is narrowly drawn relating only to sexuality, [however] male interpretive traditions have extended that idea by claiming that it means general male dominance,” a dominance that was never meant to be.1

For the man, the job of naming became the responsibility to earn a living, work would now be a struggle for the earth, the source of the resources needed to earn a living would not give up her bounty easily.

The talking serpent, (not Satan, but a talking serpent akin to the talking animals such as one might find in Aesop’s fables), so eager to spout reasons why the woman need not fear eating the forbidden fruit, is now silent, resigned to its fate of crawling on its belly.

Many have, because she ate first, blamed the woman for all the world’s troubles. Even today, many think the woman is somehow second class, less than, inferior to the man. That is not the point of this story. This chapter reflects on the tragic reality of brokenness in relationships between God and humanity, among human beings, and between humanity and the earth.

This text reminds me of Judges 19-21, wherein the mistreatment of one woman leads to the mistreatment of six hundred women, which represents a community at its worst. The worst is so bad, the community realizes something has to change. Consequently, they begin to seek a new form of government, kingship.

In this season of Lent, today’s text is a reminder that something has to change. Rather a description of how things must forever be, it silently implores its readers to live beyond the strictures of Paradise Lost. Instead, this text is a call to repent, rethink, do the work, and become the kin-dom of God. May it be so.

We know this scene too well.

In Christian tradition, Psalm 32 has long been classified as one of the seven “penitential psalms,” which are often read during the liturgical season of Lent.1

In our quest for human existence and meaning, we often forget where our desire to be on our own started and in Romans 5:12-19, one cannot help but hear Paul’s interpretation of Genesis 3.
Print All Text Print All Commentary