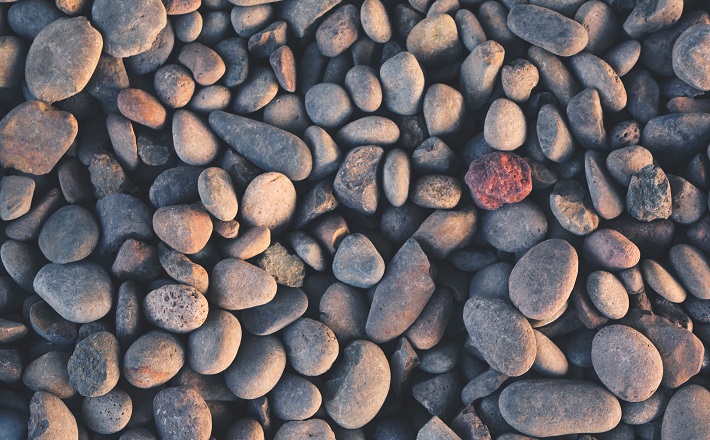 How many times do we need to elide Jesus’ desert temptations with our Lenten disciplines concerning chocolate or coffee? To preach temptation narratives it is helpful to understand their unique role in each Gospel. Although all three synoptics put the temptation narrative shortly after Jesus’ baptism, only Luke follows his with Jesus’ hometown sermon-gone-awry in Nazareth (Luke 4:14-30).

For Luke, the issue is not equivalent to personal temptations around faith, but to Jesus’ unique vocation as Spirit-anointed Son of God. Jesus’ vocation is grounded in his baptism story with all that Holy Spirt (Luke 3:21-22) and described as the Spirit’s anointing work of good news for the poor at Jesus’ home-town sermon (Luke 4:18-21). Luke’s temptation is about how Jesus will fulfill his Spirit-anointed vocation as Son of God.

That said, the temptation narrative does not also begin with equilibrium on Jesus’ part as it segues into verse 2. The text notes that Jesus was in the desert, a place of divine meeting and demonic danger, for forty days. By this time, Jesus’ hunger meter had been fully activated. The Greek indicates that “Jesus did not eat nothing” and was famished. This Jesus is vulnerable. The one who meets Jesus in this vulnerable situation is the devil. As the demonic was part and parcel of the desert/wilderness context, it only underlines the disequilibrium in the story. These temptations are not garden variety, but targeted on this vulnerable Jesus as Son of God.

With verse 3, we see the first of the three temptations. This one builds off of Jesus’ vulnerability and goads him to turn stones to bread. Please note, however, the tone of the temptation. The devil says “If you are the Son of God … ” This if (Ε?) is not hypothetical, nor is it a kind of short-hand for “whether,” but more like “since.” Both the devil and Jesus know the reality of Jesus’ identity — as does the reader who has overheard Jesus angelically so named to Mary since Luke 1:35.

The issue is not whether Jesus is Son of God, but how he will carry out his Spirit-anointed vocation. That is what is at stake in the devil’s “if.” Jesus responds with scripture, a familiar quote from Deuteronomy 8:3. The first temptation of a different way of being Son of God is turned away.

In verses 5-8, the second temptation comes to the fore. The devil shows him all the kingdoms of the inhabited world and offers their authority and glory. The “if” of this temptation is a bit different: it is a conditional if (Ean) that operates like “Grandma’s rule:” If you do X, I will give you a cookie. But here’s the strange part: why are the kingdoms of this world, their authority and glory for the devil to give? The ancient world often thought of such things as God’s to give and God, well, God has no rival in the power department.

The Greek verb in verse 6 is rendered in the passive which may actually be divine: for whatever reason, God has “given over” such power to the devil. What it may also imply, however, is that the ultimate power is not actually the devil’s at all — it is rather the devil’s temporary demonic holding in the present order. This second temptation dances and darts with the passive voice and future tense verbs in Greek. Could it be that it is actually just a flimsy worship contract with a party with no real standing in the present? Whatever it means, Jesus refutes it again with scripture — now with Deuteronomy 6:4.

With the third and final temptation in verses 9-12 both the devil and Jesus turn the tables. The devil does it by starting with scripture. He quotes Psalm 91:11-12, also in the future tense, as a way of goading Jesus to jump off the “tip” of the Temple in Jerusalem, where the devil has brought them both. Now the devil returns to “if” in the first sense: since you are the Son of God, throw yourself down from here and show me and all of Jerusalem what you got. Provoke God’s action in your own interest at the Temple — as the Psalms themselves intimate that you are God’s own precious concern.

Jesus, however, is not interested in being Son of God in a way that vindicates him here and now in the presence of the Temple and of Jerusalem itself. He not only turns away this final temptation with another scripture reference, Deuteronomy 6:16. But Jesus turns the tables on this scripture-quoting devil. This last temptation is less a temptation for Jesus than an attempt to tempt God. God is not to be managed or provoked, even for the sake of the Son of God. And this is not just important here in Luke 4, but even more so in Luke 23:35-39 where this particular temptation will appear one final time in the Lukan narrative.

All this is to say that these temptations belong to Jesus as Spirit-anointed Son of God. He has a vocation, which is revealed after his baptism in prayer in 3:21-22 and described in his inaugural sermon in Nazareth in 4:14-30. Given that the final temptation goes away, like the devil himself, only to return at a later time at Jesus’ crucifixion in Luke 23, it is helpful to note that the work of the Spirit is not conducted in happy times only. Jesus’ own sermon almost gets him thrown over a cliff in Luke 4:29-30. Luke is just reminding us that these temptations are part of a struggle that belongs to what it means to be Son of God who is led by the Spirit … in the wilderness.