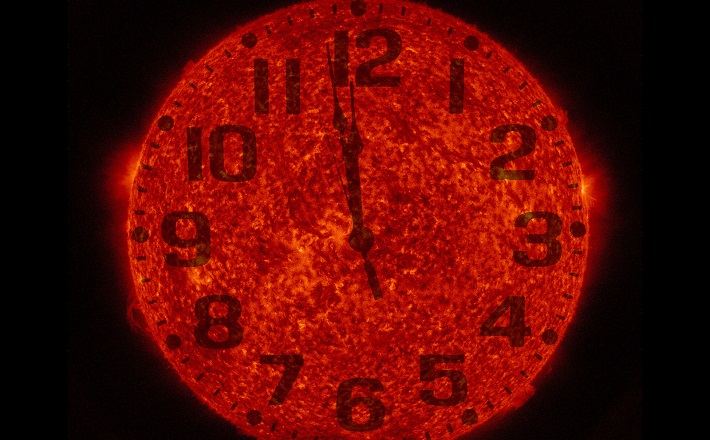 Buried in the “every living creature” but not specifically addressed with Noah and his sons is Noah’s wife and the wives of his three sons who are also on the ark (Genesis 7:13). Androcentric and patriarchal traditions of biblical interpretation have labeled the story of the flood the story of “Noah’s Ark.” That popular title excludes the women on the ark.

If we are to find a meaning in this story for our contemporary context, that does not include building a new ark — though we may not want to rule that out just yet. If the text speaks to us today, its relevance is not in ancient hierarchies. The covenant between God and all life is a commitment to protect and save the earth humans with which charged tending at the dawn of our creation. We all have a role to play.

Reading Genesis 9 on its own terms raises the question of humanity’s partnership with God in caring for and conserving the earth. What is our role? This text doesn’t provide specifics. Perhaps the Iron Age writers and their readers could not have imagined the state of the world in our times, nor would they have believed it. The covenant is striking in its inclusivity. The welfare of the earth is a matter for all of humanity.

The rainbow covenant represents radical inclusivity in the heart of a narrative shaped by gender bias and ethnocentrism. The covenant between God and all flesh is between God and every person for all time, including but not limited to those who can trace their ancestry to Noah and all of their descendants forever.

The covenant between God and all flesh is between God and every girl, woman, boy, man, and intersex person, every lesbian, gay man, bisexual and transgender person, every atheist, agnostic and religious person, every Muslim, Christian, Jew, Buddhist, Hindu, Wiccan and pagan person, every person of ability and perceived limitations, every person of any nationality, ethnicity or racial construction or category, and even includes those who defy and explode categories. For the religious reader, particularly womanist, feminist, and other liberation seeking readers, this radical inclusivity is part of what makes the religious texts of ancient Israel scripture for so many peoples beyond their culture, religion and borders.

At one level the story is also about the human need for divine reassurance. God’s commitment is never again to use her power to destroy the earth. (The claims of the Petrine epistle, 2 Peter 3:1-10, must be considered separately and secondarily. Notably, the author who has borrowed Peter’s name does not claim his vision of fire next time comes from God.)

The rainbow is a visual reminder of God’s faithfulness, no matter how terrible, how destructive the storms that batter us. At this point in human history when our storms are worsening because of what we have wreaked on this planet, that promise is comforting. Some may say that God’s promise means it doesn’t matter what we do or don’t do. But the covenant is between God and all of us.

Biblical covenants are based on binding legal agreements in the ancient Afro-Asiatic world. The covenant to care for the earth is as binding on us as it is on God. Perhaps we need to think of the rainbow as a sign of our commitment to the earth and the wellbeing of all her creatures — all life on, above, and below the surface the earth, and in her air and waters.

Two final thoughts, the rainbow bears more significance in our world than it did in the world of this text. It represents the beauty and God-given goodness of the full spectrum of human sexuality. In as much as the biblical text is concerned with the wellbeing of “every living creature” and “all flesh,” no one is excluded.

Last, while it is not part of today’s reading, the story of the ark is not separable from the story of the flood and the deaths of countless women, men, and their children in the narrative. The power of this story is not in historicity. It is in its authority as scripture. Even though this story has been canonized, the casual acceptance of genocidal violence is not a value I wish to emulate or pass on, and certainly not as a children’s story, as the text is so often used.

As is the case with much of the New Testament, when reading First Peter we find ourselves reading other people’s mail.
Print All Text Print All Commentary