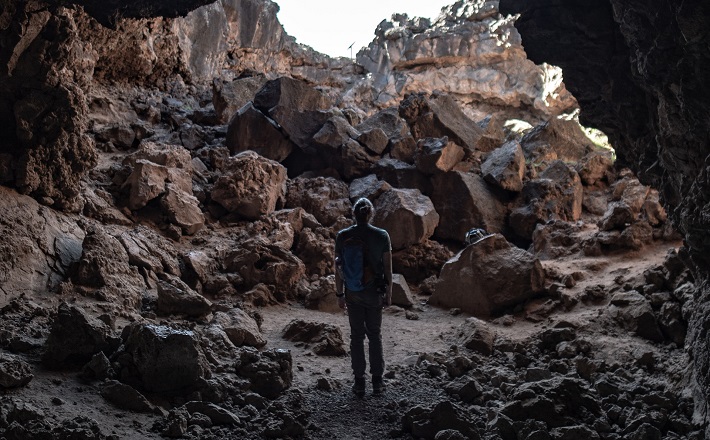 These psalms are most likely songs that ancient Israelite pilgrims sang as they made their way to Jerusalem to celebrate a number of annual religious festivals, including Passover, the Feast of Weeks, and the Feast of Tabernacles. Jerusalem sits on a hill; so no matter where one comes from, one “goes up” to Jerusalem. Imagine traveling from your village home, meeting up with others, joyously anticipating the festive time that you would celebrate together in the city of God. And you, the travelers, would perhaps sing as you went along: well-loved, well-known traditional songs. And as one group met another, they mingled their voices and sang together.

A variety of psalm “types” occur in the Songs of Ascents: individual and community laments (Psalms 120, 123, 126, 130); individual hymns of thanksgiving (Psalms 121, 122, 131); community hymns (Psalms 124, 125,129, 134); wisdom psalms (Psalms 127,128, 133); and a royal psalm — about the person of the king (Psalm 132). The diversity within this collection has led some scholars to question its cohesion. If we understand the collection, though, as the mingled voices of pilgrims coming from all sorts of situations in life, its diversity is not hard to understand. Some travel with burdens that cry out for lamenting; others with stories of deliverance by God; others marveling at God’s goodness, wisdom, and provision.

Psalm 130 is a lament, specifically an individual lament, words spoken to God by an individual worshipper (pilgrim?). In verses 1-2, the lamenter addresses God directly, asking (petitioning) God to “hear” and “be attentive.” In verses 3-4, the lamenter expresses confidence that God will indeed “hear” and “be attentive,” because God does not “mark iniquities” and offers “forgiveness.” The word “iniquities” (‘avonoth) occurs over 200 times in the Old Testament and is the primary word used to describe human sin and guilt in the prophetic writings. The root meaning of the word is “to bend, curve, turn aside, or twist,” thus providing a concrete image for a definition of “iniquity” as “an act, or mistake, which is not right or unjust.” God provides forgiveness, and so, God is to “be revered” (NRSV). The Hebrew root of “revered” is yara’. A number of translations render the word as “feared” (KJV, NASB, NLT). “Fear” is a good translation of the word. But in today’s culture, the idea of fear is usually connected with the basic human instincts to run, defend, or retaliate. The Hebrew root yirah encompasses a larger meaning of “awe, reverent respect, honor.” It appears in the Hebrew Bible as a synonym for “love” (‘ahab, Deuteronomy 10:12); “cling to” (dabaq, Deuteronomy 10:20); and “serve” (’abad, Deuteronomy 6:13; Joshua 24:14). At its root, the word denotes obedience to the divine will.

Verses 5-6 in Psalm 130 are a statement of hopeful expectation. The words “wait” and “watch” occur repeatedly. “Wait” is from the root qavah and conveys a sense of almost tense expectation, like pulling on two ends of a rope and waiting for it to snap. The psalmist waits, with more intense expectation “than those who watch for the morning.” Sentinels often stood guard on city walls, as did soldiers in camps during times of war, watching in the darkness for danger and waiting expectantly for the safety that daylight brought.

Thus far in Psalm 130, we have heard the voice of an individual singer, crying out to God, petitioning God, expressing confidence in God, and stating hopeful expectation of God’s presence. In verses 7-8, the psalmist turns attention to “Israel,” — in the context of the Songs of Ascents, perhaps to companion travelers. This singer has renewed confidence in God and calls on those traveling alongside to “hope.” The Hebrew word is yahal, which means “to wait expectantly.” The word is far less intense than the word translated “wait” in verses 5-6, but clearly ties the psalm singer’s statement to the admonition to “Israel” in verse 7. “Wait, expect, hope,” and in the end, God will deliver Israel from all of its “iniquities” [’avon], because, in the words of verse 3, “If you, O LORD, should mark iniquities, LORD, who could stand.”

And so, once again, imagine it. Pilgrim travelers to Jerusalem; one village or family group meeting one another, exchanging greetings. The songs begin; first one voice, then another, and others join in. Many times a single voice breaks out in song — “Out of the depth I cry to you, O LORD . . . my soul waits for the LORD.” And that single voice invites all traveling companions to “hope” — expectantly hope as they approach Jerusalem together. For God, indeed, can redeem us from all of our “iniquities” — our twisted ideas of what is right and wrong, of what is just and unjust.

Psalm 130 is one of the seven penitential psalms in the Psalter (Psalms 6, 32, 38, 51, 102, 130, and 143), the Lenten liturgy of the medieval church. By order of Pope Innocent III (1198-1216), the psalms were to be prayed while kneeling each day of the Lenten season, or at least every Friday. The penitential psalms remind the reciter of the great divide between the goodness of God and the iniquity of humanity, but they also remind the reciter that “with God” is “steadfast love” and “redemption.” Martin Luther called Psalm 130 “a proper master and doctor of Scripture.”