What are we willing to do so that others can see God? 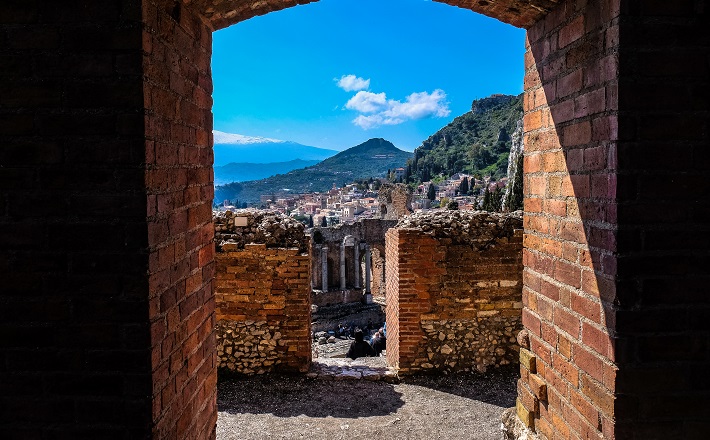 What are we willing to do so that others can see God?

Taken out of context, today’s epistle reading may sound a bit off-putting: “to the Jew I became as a Jew…to those under the law I became as one under the law…to those outside the law I became as one outside the law…to the weak I became weak.” Paul’s chameleon-like behavior seems to be changing based on whomever he is around at the time. To our twenty-first century ears, this may ring inauthentic, a mere sycophantic way to appease people. Ripped out of context, this passage could be dangerous — especially to those prone to be people-pleasers already. But is Paul really advocating inauthenticity or pleasing others for one’s own sake? Perhaps, there is more to this passage than initially meets the eye.

The context is the argument surrounding the consumption of idol food, an issue first raised in the previous chapter (1 Corinthians 8:1-13). Since few had homes large enough to host a party, banquets were often held at the local temple, which had plenty of dining rooms to use for such an occasion. But eating within the temple precinct meant that not only was one consuming idol food, but also participating in rituals that honored the gods.

The congregation is divided over whether to eat idol food. Some in the congregation are claiming that it is perfectly acceptable to dine at the local temple, even though all food at the local temple would be “idol food,” that is, food that had first been offered in celebration and honor to the patron deity of the temple. For them, the idol means nothing because they affirm that there is only one God and one Lord. This knowledge means that they can go through the motions of the ritual without really honoring the idols as gods.

Others, however, are witnessing the behavior of the “knowledgeable ones” and thinking that it is acceptable to honor the other deities alongside Christ. For them, whom the know-it-alls have called “weak,” the idols still exist, and the rituals have power. They question whether participation in religious ceremonies means that it is acceptable to worship other gods alongside Jesus.

To relate this dilemma to a context that we can understand, many of us pray before a meal. To some, that prayer may seem perfunctory, a mere ritual. To others at the same meal, that prayer may be deeply meaningful. Nonetheless, the words of the prayer give thanks to God. Does participation in the prayer necessarily mean that one is acknowledging that there is a god who is worthy of thanksgiving? Can one participate in religious rites out of respect without believing the words that are being spoken?

To consider the Corinthians’ context, what about those who used to believe in other gods and return to their former religious practices based on the example of others in the church? How does participation in the rights of the local temple affect one’s witness to the God of Israel, who is a jealous God? These are the questions at the heart of the debate in First Church Corinth.

Paul encourages those who have power and privilege to be willing to renounce their privileges when their behavior would lead others astray.

The divisions are not just over “knowledge.” The “weak” in the community are likely those who are never issued invitations to a banquet because they are not of a socio-economic class where they could reciprocate such an invitation. Those who regularly attend parties are of a particular social circle — one that can afford to host banquets. Accepting dinner invitations is part of maintaining social status.

Eating at the local temple — even if one does not believe in idols — is prompting others to return to former religious practices. Paul’s language to describe the situation is harsh: “And so by your knowledge this weak one is destroyed, the brother for whom Christ died. Thus, sinning against your brother and sister and wounding their conscience when it is weak, you sin against Christ” (1 Corinthians 8:11-12).

Paul wants the Corinthians, particularly the “know-it-alls” who have social status, to consider their brothers and sisters in Christ and to be willing to renounce their rights, status, and privileges when necessary. It may be permissible for them to attend the banquet, but it is not beneficial to the good of the community.

In 1 Corinthians 9:1-27, Paul talks about his own practice as one who has authority as an apostle to receive financial support from the church, but who willingly renounces that right to bring the gospel free of charge. He would rather take up labor, that the Corinthians consider demeaning, than to take their money. What goes unsaid in this passage is the etiquette of patronage. To accept the money of those of social status would make it impossible for him to correct their behavior. He cannot be indebted to them. Rather, in our text for today he speaks of his debt to the gospel. He owes his life and existence to God.

This sense of compulsion and indebtedness leads him to be a servant not just to his own people, but to the nations. In 1 Corinthians 9:22, he connects his argument explicitly to the language that the know-it-alls are using: “To the weak I became weak, that I might win the weak.” No one in the Roman world strives to appear weak. Weakness is not a virtue. Paul is asking those with power and status to come alongside those whom they deem “weak” and consider the situation through another perspective. After all Christ died for this so-called “weak” one.

Jesus’ voluntary self-lowering is the paradigm that shapes Paul’s instruction (1 Corinthians 11:1; see Philippians 2:6-11). Seeking the advantage of another rather than one’s own advantage (1 Corinthians 10:33), however, would not have been a popular message in First Church Corinth. Paul’s advice would have social repercussions. For instance, how many times can one decline a dinner invitation when the host is a business partner? If one’s attendance at that banquet, however, is destroying a brother or sister, is the status gained by the meal really worth it? Social privileges come at a cost.

Paul is convinced that the gospel turns this world of privilege upside down. In this season of Epiphany, what might those of us with privilege need to relinquish so that others can see the love of God?