The passage taken from Titus in the lectionary today does not relate the storied details so familiar to us from Luke’s Nativity account. 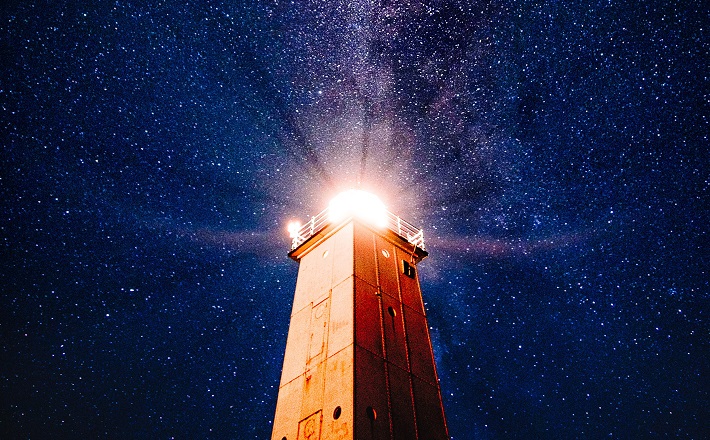 "Glory to God in the highest heaven, and on earth peace, goodwill among people."Photo by Bryan Minear on Unsplash; licensed under CC0.
December 24, 2018

The passage taken from Titus in the lectionary today does not relate the storied details so familiar to us from Luke’s Nativity account.

Nonetheless, it stirs in our imagination images of Jesus suffering and death on the cross and of His glorious return at the consummation of human history. In this respect, the letter to Titus rightly shifts our focus to what Jesus’ coming among us as a human really means. After all, the birth of Jesus that we celebrate at Christmas was an important and beautiful event of great significance for the whole world. It marked the beginning of the reversal of the state of bondage to decay” (Romans 8:21) and the relief of the” groaning in labor pains” of the whole of creation (Romans 8:22). We all participate in that. As such, the feast we celebrate today looks ahead to the culmination of Jesus’ work of redemption on the cross and even farther ahead to the restoration of the right order in the universe that sin had scrambled into disarray.

This is not to say that the birth and earthly life of Jesus were irrelevant in themselves. The letter to Titus underlines their significance as the manifestation in our space and time context of God’s favor. The life and teaching of Jesus were and continue to be instructional to us.

The “grace of God” at one time might have been a theological concept that people of faith perceived as they reflected on the fortunes of their personal lives and those of the community of believers in Israel. From this perception, they, with the help of prophets and other spokespersons for God, could assess their lives and gauge both the integrity of their actions and the authenticity of their faith in God. With Jesus taking on the flesh of human existence, the choice between good and evil became starkly clear.

By Jesus’ words and the model of His life, He taught those who would listen to reflect on the worldly passions leading us to a preoccupation with self-interested desires. His followers learned to reject passion in favor of self-control and to choose God’s ways over those of the world. Jesus’ teaching and our adoption of issues into our zeal for good deeds. We have been released from the grip of iniquity and been made pure by Jesus, who “gave Himself for us.” This is what completed the meaning of the birth of Jesus.

While the Gospel of Matthew’s Nativity account describes the gifts given to Jesus by the Magi, the letter to Titus invites us to appreciate the gifts given to us by Jesus as He took up our human life and pursued the task given Him by the Father to its completion on the cross. The followers of Jesus not only are enabled by Him to do good deeds but to do so with zeal and intense eagerness. Their lives are radically changed because of their purification by Jesus of their base and wanton passions. This also orients their hope to the second and final manifestation of Jesus in glory.

William Butler Yeats’ poem The Magi suggests a wonderment similar to that of the letter to Titus. In imagining a painting, he sees the Magi as observers of Jesus on Calvary, now helmeted rather than crowned. They are thrust back in time from the unfathomable “turbulence” of the cross to reconsider what they saw at Jesus’ birth. There it was “uncontrollable mystery on the bestial floor.”

The inclusion of the passion of Jesus into the recollection of his Nativity is not new with the letter to Titus but is suggested by both Luke and Matthew in their familiar accounts of Jesus’ birth. Matthew narrates the narrow escape of Jesus from the murderous plot of Herod by the Holy Family’s flight into Egypt. This account shocks the gospel audience into the realization that Jesus’ life was beset by opponents from its very beginning and that the opponents would one day accomplish their designs and cut short His earthly life.

Luke, too, looks ahead to the Last Supper with its anticipation of the betrayal and death of Jesus by noting the lack of space in the “inn” (Luke 2:7). The word for inn is the same that he uses in 22:11 for the “guest room” where Jesus would celebrate the Passover supper. Conflict is also intimated in Simeon’s prophecy that Jesus was “destined for the falling and the rising of many in Israel.” Outright opposition against Him will be Jesus’ destiny as a “sign that will be opposed” (Luke 2:34). Again, the peaceful night of Jesus’ birth finds murderous hostility lurking in its shadows. The letter to Titus brings that danger into the light of Jesus’ Messianic work and salvific death on the cross.

The birth of Jesus remains a mystery for us. The mystery of the godhead appearing in the fragile infant, of a Messiah whose victory over evil is won by the brutal death on the cross, and of a heavenly Lord whose glorious reappearance His followers await in hope.

The temptation is to do too much rather than too little on Christmas Eve.

In 1863, Prussian military analysts described war as defined by the presence of uncertainty, writing, “three quarters of the factors on which action in war are based are wrapped in a fog of more or less uncertainty.”1

The passage taken from Titus in the lectionary today does not relate the storied details so familiar to us from Luke’s Nativity account.
Print All Text Print All Commentary