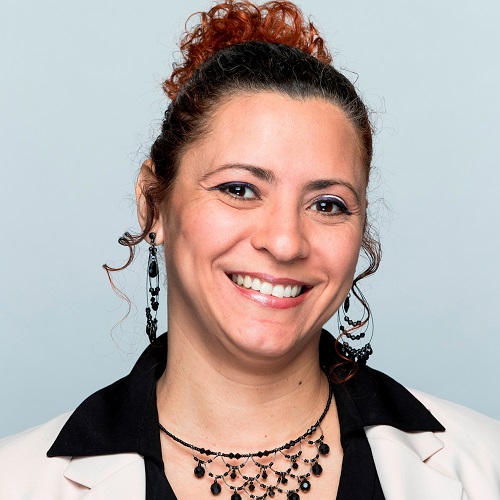 The idea of Christ as King may have been subversive in a context when/where to call someone king other than the Roman Emperor was against the law, but today it sounds like reiterating imperial logic, a logic that anticolonial theologians reject. Consequently, let us turn to the logic of Beauty. “Outside Beauty there is no salvation,” said Brazilian theologian Rubem Alves in Transparencies of Eternity.1 Luke 1:68-79 is about salvation, judging by verses 69 and 77. When we look at the text in search of beauty in it, we can locate beauty in the adoption and adaptation of old songs and in God birthing light / sprouting seed. Let us use the Benedictus, the song or prophecy of Zechariah, to look to the periphery.

Zechariah’s song, also known as the Benedictus, finds the antecedents of verses 68–74 in liturgical contexts. Many scholars agree that except for verse 70, the song is not original from the author of the gospel according to Luke, but rather a composite of citations, allusions or fragments from old songs of praise, psalms from the Hebrew Bible, the song of Hannah, and a Jewish blessing meant to be recited daily.

Based on her linguistic analysis of the text, María del Carmen Oro in her essay “Benedictus de Zacarías (Luc 1,68-79) ¿Indicios de una cristología arcaica?”2 concludes that the structure of the Benedictus is twofold. The first part is a praise song about past salvation, in verses 68-75. The second part is divided between the mission of the forerunner, in verses 76-77, and the mission of the dawn (which can also be translated as dayspring or rising sun) from on high, in verses 78-79.3 Oro demonstrates, and other scholars agree, that “dawn” is a reference to the Messiah. Oro interprets that the Messiah is Jesus. In her analysis of this structure, and the sources for each section, Oro concludes that the song in verses 68-75 was born in the first Christian community of Jerusalem drawing on old messianic psalms and modifying them to use them in their liturgy.4

If Oro is correct, the practice of assigning new tunes or music to old lyrics, or modernizing old lyrics to make them appealing to new generations, is not new. It is as old as Christianity or older. If that is the case, Christian churches should encourage younglings to do the same. It is a beautiful thing for new generations to adopt and adapt the songs of their ancestors in the faith!

Oro explains that the noun translated as dawn (anatole) in verse 78b refers to the Messiah. She also explains that said noun is derived from a verb which refers to the emergence or dawn of the Messianic era. The verb also bears the double meaning of: to bring out-sprout-germinate / to shine-shimmer. Oro does not want to choose one or the other in this instance. That is a very queer and hybrid move of her part: to keep both/and, to embrace the ambiguity, to honor what/who lives in the slash or hyphen.

Oro’s analysis of verse 78a reveals that the preposition translated as “because” in the New Revised Standard Version Updated Edition can indicate the means by which salvation is accomplished or has a causal function. She chooses, as the NRSV translator did, the causal function.5 What if the translators had chosen the means option?

Following queer and postcolonial/decolonial/anticolonial thought that embraces ambiguity as well as both/and, when I imagine the verse stating that the dawn from on high, that is, the Messiah / the light / the seed of God, will break upon us or sprout through the tender mercy of our God, I associate God’s entrañas with a womb (more on this Spanish term below). I can envision how through the inner parts of God, that is, the seat of God’s compassion, the Messiah as the seed/light sprouts/shines upon us.

The original word translated as “tender” means bowels, which was regarded by the Hebrews as the seat of passions, and of more tender affections, especially kindness, benevolence, and compassion.6 Compassion and mercy are visceral and point to the connection between body and emotions. In English, we can think of gut and intuition but in Spanish, the word is translated as “entrañable.”7 Las entrañas are not only our gut, the seat of our intuition, or like for the Hebrews, the seat of our emotions. Las entrañas is what we have inside our bodies, and that includes the uterus, the womb. Thus we say, “hijx de mis entrañas” (child of my womb [gut/tenderness]).

In Spanish, the preposition in verse 78b is translated as “por” which also bears the double meaning of cause or means. Yet, it reads very different to state, “A través de la entrañable misericordia de nuestro Dios, la aurora (el surgir de la era mesiánica) nos visitó.” “Through the womb [gut/tenderness] mercy of our God, the dawn (the inbreak of the messianic era) will break upon us.” Plants sprout out of the earth. Las mujeres dan a luz bebés (Women bring babies into the light [give birth]). The Messianic era sprouts out of God’s womb. Dios da a luz al Mesías (God brings the Messiah into the light [or, makes the Messiah shine on us; God births the Messiah]).

When we look around John the Baptist, we find beauty in the community that crafted the song that became our text, and the metaphors in the text that make possible new visions of the Divine. May we expand our gaze to find more beauty beyond what we have always known. May we adapt the tradition and sing new songs. May we see the Divine in new ways.