Eyck, Hubert van and Eyck, Jan van. The Arrival of the Mystical Lamb, from Art in the Christian Tradition, a project of the Vanderbilt Divinity Library, Nashville, Tenn. Original source: http://yorckproject.de
November 2, 2014 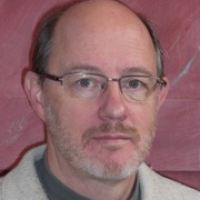 Gunkel himself gave up and characterized its form ”mixed Gattung.”

One typical characteristic of the psalm is that it is not directed to the Lord. Instead the psalmist addresses his ”children” (verse 11), i. e. his disciples. Furthermore, the psalm is an acrostic, and it also shows other traits which indicate that the poet has done a good job when it comes to the poetry of the piece.

The reason the psalm is chosen for All Saints Day is probably verse 9, where the ”holy ones” of the Lord are mentioned. The holy ones being those who fear the Lord. And fear of the Lord is as close to a synonym to faith one can come in the Old Testament.

The delimitation of the psalm in the lectionary is somewhat arbitrary, since the central verse of the entire psalm is left out. Verse 11 is from the point of view of both structure and content the focal line of the psalm. Here the message is spelled out and the aim of the psalmist is stated: ”I will teach you the fear of the Lord.”

Going through the lines of the psalm there is much repetition and the Lord is mentioned in almost every stanza. So even if the Lord is never talked to, he is very much present in the psalm. Together with repetition, contrast is also typical of the style of the psalm.

The structure of the poem is not evident. Each line stands in a way by itself, but the three first verses can be seen as a testimony of the psalmist in which he tells about his praising of the Lord and urges his disciples to do the same together with him.

The second part of the psalm, verses 4–10, tells about the experience of the how God has acted with his faithful. But in between the testimonies are exhortations to look to the Lord (verse 5), to taste and see the Lord’s goodness (verse 8), and to fear the Lord (verse 9). The final stanza is a summary (verse 22), in which the psalmist closes his teaching by repeating what he has already said.

Verse 10 mentions the ”young lions,” an expression much discussed. Goldingay suggests the translation ”apostates” referring to the root’s meaning in later Hebrew.1 In the Septuagint the Hebrew word is translated ”the rich”, which is evidently an interpretation. The simplest is perhaps to see the expression ”young lions” as a metaphor for the wicked, for those who stand in opposition to the pious or God-fearing.

In the history of interpretation, the line ”O taste and see that the Lord is good” (verse 8) has received special attention. The mention of tasting was from the fourth century on interpreted literally by the Christian fathers, and the psalm was therefore used in connection with Holy Communion. But from the very beginning — in the New Testament and in the earliest fathers — tasting was seen as a metaphorical way of talking about having a relationship with Jesus Christ. In other words: tasting the Lord’s goodness was seen as the same as believing in Jesus, since the Lord for the authors of the New Testament of course is Jesus. See i. e. 1 Peter 2:3.

The wisdom tradition in the Old Testament is never afraid of generalizations. In this lies both a temptation and a possibility. The temptation of course is to paint life in black and white; the possibility is to see that everything in fact is not grey. So the challenge is to use the wisdom teaching with a great amount of — wisdom!

In the psalm there are three main actors: the psalmist who prays and teaches, the Lord who acts and is worthy of praise, and the others who are either righteous or evildoers. In preaching the psalm it is possible to use these three groups as examples, and that would come close to doing what the psalmist actually does in the psalm.

In the last group mentioned in the previous paragraph, we find the ideal followers of the Lord, ”his holy ones” (verse 9). Relating the psalm to All Saints Day, the holy ones simply are the ones who fear the Lord, i. e. those who trust the Lord and obey him. They are described in several different ways, each contributing to make the picture of them appealing, since the aim of the psalmist is to make the readers of the psalm want to belong among the Lord’s holy ones. They are characterized as seeking the Lord (verse 10), taking refuge in the Lord (verses 8 and 22), and being his servants (verse 22). All well known descriptions in the Old Testament of right ways to relate to God.

There is one trait of the holy ones that might stand out a little, the fact that their faces ”are radiant” (in the Masoretic text the first line of verse 6 contains a statement, not an exhortation: ”Those who look to him will shine/be radiant”). This shining of the face — or the eyes — is as true a sign of holiness today as it ever was in Old Testament times.

If the whole psalm is taken into consideration, the picture of the holy ones is broadened. Because in the latter part of the psalm, the afflictions of the righteous are mentioned (verse 19), and that also is part of the conditions of a holy life. Needless to say, holiness in the New Testament is of course being ”sanctified in Christ Jesus” (1 Corinthians 1:2).

When Jesus ascends a mountain and begins to address the crowds (verses 1-2), the reader is expected to make the connection to another teacher (Moses), and another mountain (Sinai).

Each year around All Saints Sunday, I’m reminded of Lawrence Hull Stookey’s writing about this Feast Day.

If 1 John had a social media footprint, this week’s status update would read, “See what love the Father has given us, that we should be called children of God” (1 John 3:1).
Print All Text Print All Commentary