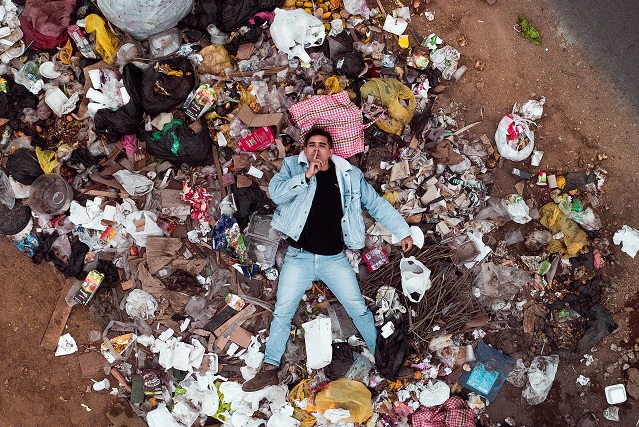 Photo by Jordan Beltran on Unsplash; licensed under CC0.

In my column two months ago, “Nature’s Warning,” I reflected on messages creation itself seems to be conveying through the outbreak of COVID-19.

The Bible often speaks of nature forcing change upon people who will not listen any other way. Peoples both ancient and modern have spoken of nature’s indomitability, its laws that cannot be broken, and the reckoning that comes with human failure to take creation seriously.

One of the pandemic’s many effects has been to spotlight unjust fissures in our society, disparities between white and black communities in access to health care, privilege to retreat from contagion, and resources to weather economic storms. These resources include not only money and health insurance, but health itself. Toxic concentrations of air and water pollution, usually relegated to poor communities, lead to compromised health, diminished strength to withstand the virus, which in turn leads disproportionately to sickness and death. Yet a U.S. administration that has failed to deal effectively with the pandemic uses this crisis as cover for rolling back over a hundred environmental regulations, further deteriorating health conditions.1

Few foresaw the current outpouring of outrage among citizens, as Americans have showed up for the “most sweeping and sustained protests in the country’s history, with demonstrations in all 50 states and the District of Columbia over two weeks.”2 The death of George Floyd in Minneapolis under the knee of a police officer provided the spark, but grievances the demonstrations address span the gamut of racial injustice.

Defenders of the status quo often try to derail progress by playing one social concern against another. But the dots are all connected. Voter suppression, physical and financial vulnerability, subjection to violence, inability to find a decent school, or to make a living wage, or even to breathe clean air are not competing problems, but rather multiple facets of the same racialized evil. As Rev. William Barber II, leader of the Poor People’s Movement, put it, “Four diseases, all connected, now threaten the nation’s social and moral health: racism, poverty, environmental devastation, and the war economy—sanctified by the heresy of Christian nationalism.”3 Every one of these has implications for the way the pandemic has played out in our country.

Preachers worldwide have been forced to exercise great creativity to lead worship, let alone to conduct funerals, facilitate public grief, and guide theological and ethical ponderings over the past few months. At a time when we are most disrupted, when we need our brothers and sisters the most, doing church the traditional way has become deadly. Yet this time invites us to reflect on what we value most about our faith and how Scripture speaks to the present moment. May we all rise from the ashes of the status quo to speak and act with greater prophetic urgency to influence the shape of this new era.

Much of the July and August lectionary’s poetry shimmers with refreshing imagery drawn from the natural world:

There are other passages in these months that highlight our relationship to the natural world. For instance, 1 Kings 19:9-18 (August 9) portrays Elijah in the wilderness, finding God’s presence not in great wind, nor in earthquake, but in the sound of sheer silence. And the Romans passages for July 19 and 26 (Romans 8:12-25 and 8:26-39) underscore creation’s involvement in spiritual flourishing: “For the creation waits with eager longing for the revealing of the children of God … the creation itself will be set free from its bondage to decay.” Nothing in creation, Paul says, stands between us and God’s love. In fact, it’s through creation that we know God.