Durable Faith: What’s Love Got to Do with It? 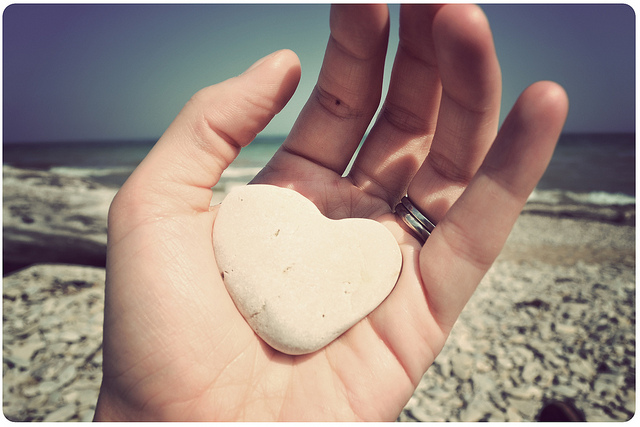 I don’t know if Tina Turner realized it, but her question, “What’s Love Got to Do with It?” was about much more than the unhappiness and domestic violence she encountered in her relationship with her husband, Ike. Her question about love is one that touches not only the core of the Christian faith, but also the deepest need of all humanity.

Jesus knew the answer to the question. When he was asked about the greatest commandment, he spoke of two commandments, not just one. The first is to love God with all your heart, mind, soul and strength. The second is to love others as you love yourself. Expounding even further, in Matthew 5:43-48, in a passage from Sermon on the Mount, Jesus clarified noting that love is to extend to everyone, even to anyone who might considered an enemy.

Knowing that racism is contrary to Christian teaching, I’ve often thought about the irony that while the church has supported equality, it has often acted in ways that are contrary to its own teaching. How is that possible? One might suggest that this is possible by side-stepping, overlooking, ignoring, and denying Jesus and his commandment to love God, others, and ourselves. Yet, a closer look reveals that rather than being just a matter of tolerating a cognitive dissonance between love and hate, racism exposes a deep theological dilemma that can be traced to interpretation of Genesis 3, the Story of the Garden of Eden.

Looking at the first three chapters of Genesis is insightful. Both creation stories illustrate that all creation is an expression of the love of God. In Genesis 1, the first creation story, when humanity shows up on the planet, what was good is now very good. In the second creation story, Genesis 2, what is good with Adam, is even better when Eve shows up.

In both stories, the goodness, that is the grace and love of God for all humanity (and all creation), is there from the beginning. God’s love and grace are an inherent part of creation. In both of these stories, simply being created and showing up on the planet is a sign of God’s loving grace.

In Genesis 3, God’s loving grace continues to be present, even when people have moved away from God. Unfortunately, when people read Genesis 3, the story of the Garden of Eden, they often make it seem that humanity is cursed, that the nature of humanity is somehow diminished because of disobedience. However, a close reading of the text reveals that is not the case.

A close reading of the text reveals that the serpent and the ground were cursed, but not humanity. Yes, human beings had to live with the consequences of their choice (which in and of themselves were great), but humanity was not cursed. Instead, life became much more complicated because now there was distance where there had been none. Now there was distance — distance between God and humanity, between the earth and humanity, between human beings — that had not existed before. Complications (or consequences) include: (1) needing to work for a living, (2) pain in childbirth, (3) difficulties in relationship, (4) change in living quarters, and (5) conflict between the serpent and humanity. Yet, even the consequences, dire as they were, are a sign of God’s loving grace, for God purposefully intentionally stopped short of cursing humanity.

This change in circumstances has often been interpreted as a diminution of humanity with an accompanying tension in relationships as a consequence. Words such as “the fall,” “original sin,” and “total depravity” entered theological discourse. The tension in the relationship between Eve and Adam became representative of tension in any human relationship, both personal and communal. The tension often creates some sort of one-upmanship, such as “mine is better than yours,” “us vs. them,” “me, my four, and no more.” This train of thought creates a negative theology that takes many forms. It shows up not only as racism, but also as sexism, ageism, classism, heterosexism, ableism and all the rest.

This negative theology inadvertently sets the stage for inequality, rather than equality, in relationships. A positive theology, one that honors the humanity of every person, one that is rooted and grounded in Genesis 1 and 2, in the awesomeness of creation and human life, one that remembers the goodness of creation, one that remembers that when humanity shows up on the planet, what was good becomes very good, one that acknowledges that when Eve shows up, what is good is even better, would undergird an openness that the world needs.

Theology based on God’s loving grace would acknowledge that God works to transform us, to close the gaps, to heal the brokenness, to close the distance, to reverse what is amiss in our lives. The reversal is not just spiritual, it is practical; offering healing and hope for all of life’s negatives. The reversal heals the wounded-ness, in individuals and in communities, releasing the giftedness, fulfilling God’s vision of life as it was intended to be. God’s loving grace extends to all people at all times.

In a day and time when the fissures and divisions among us grow deeper and wider every day, a question comes to mind, “How can we repair the damage that has done?”

Given the times in which we live, repair calls for more than a “Kum ba yah” moment where faith overlooks difficulty and moves much too quickly to an imagined time when “they all lived happily ever after.” Rather, this is an Esther moment that calls for a durable faith — a faith that has the ability to encounter the pain, go through it, and deal with the realities of our world.

Such a time as this calls for rethinking theology, preaching and teaching both testaments to build the church’s awareness of and commitment to individual and communal aspects of faith, taking action, and doing the work of social justice as essential to, not just an optional addition to the Good News, the Gospel of Jesus Christ.

What’s love got to do with it? Everyone knows the answer is a resounding — Everything!

Preachers who want to encourage love in the world will heed Mordecai’s challenge, never losing sight of God’s loving grace for ourselves, our communities, our churches, the nation, and the world.

Alphonetta Wines’ bimonthly Working Preacher column, “Durable Faith,” gets beneath the surface of words like “grace” and “love” and looks at how to preach through Scripture in ways that help listeners think, engage in difficult conversation, and face painful truths.