It’s common to say we’re dead to sin in terms of our spiritual self, or that “when God looks at me, God sees Christ and not my sinful human self.”1 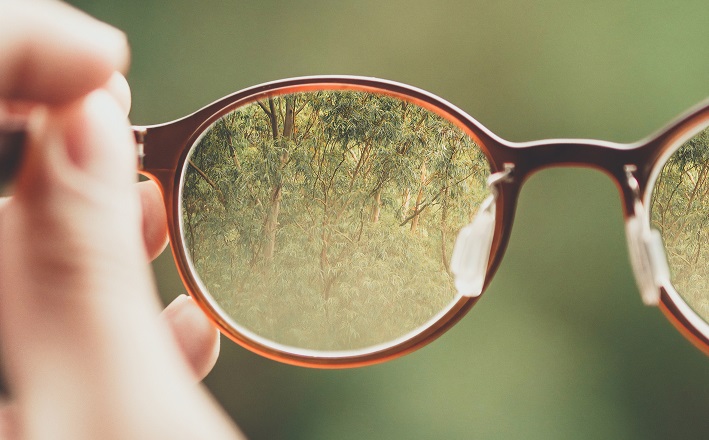 It’s common to say we’re dead to sin in terms of our spiritual self, or that “when God looks at me, God sees Christ and not my sinful human self.”1

In reality we’re still sinners; God just does not see it because we’ve been baptized into Christ.

This passage does not seem to allow for this soft understanding of “dead to sin.” Paul writes of finality. When something is dead its existence in reality ends; it exists only in memory.

We must admit this passage jars us. It jars us to the point that we regularly say, “yes, but … ” Of course Paul knew of the ongoing struggles for those in the faith, even the reality of sinning; just consider the community in Corinth. Yet, one is hard-pressed to find Paul identify any in his communities as “sinners,” especially where he had every opportunity point this out pastorally. Paul knows of the potential to commit acts that fall under the category “sin,” but he draws focus to the new reality, with no “but we still struggle in sin” tagline.

When Paul does this it raises the problem of idealism versus realism. Are we really dead to sin? If so, why do we still struggle? Is Paul a little too idealistic here? Or am I missing something — captivated by later theological developments and anthropological views? Perhaps it’s “rhetorical”?

Paul’s words here, of course, do not stand in isolation. The lectionary selection (unfortunately) hacks off verses that rhetorically should be part of the passage. Everything Paul says in Romans 6:3-11 (in fact, the section should continue through 6:14) functions as a response to the questions he raises in 6:1-2. The leading question in verse 1 is, “shall we remain in sin?”

The “remain” language is important. Paul’s not just writing about committing occasional sins — an offense to our brother/sister here and there. It is more along the lines of “in what sphere of reality should we find and define ourselves?” He’s writing about where we reside, where we find our home, our identity.

The question functions as an (imagined) objection to what Paul said in Romans 5:20 (“where sin increased, grace increased all the more”). Now, I am not convinced that people actually thought, “hey, let’s continue to live in ways that violate God and our sisters/brothers — just so that we can keep receiving grace!” That seems silly to really think that people thought this in such simplistic terms.2 The underlying mentality, I suspect, is more complex. I suggest that the objection derives from a mentality of reciprocity that says, “If God gives grace in exchange for sin, then let’s stick with that deal and just make it an ongoing part of our reality. Let’s continue to recognize the reality of our state as sinners so that we can always be assured of God’s grace.” According to this line of thought, the fundamental human realty hasn’t changed; there’s just a way to deal with it through Christ.

It is precisely Paul’s point that the fundamental human reality has changed. We can’t even think of ourselves in terms of remaining in the realm of sin, even if it’s just to reinforce our need for God’s grace and forgiveness. (This is not to say that God’s forgiveness is not abundant where we do still struggle with sin. That matter is not Paul’s concern here, however.)

A few things stand out. First, Paul emphasizes participatory sharing. It’s not just that Christ has shared his benefits with us. Beginning with baptism, Paul says, we are “co” with Christ, in both death and resurrection/new life.3 We are participatory sharers in Christ’s reality, swept up in something that’s not inherent to our original humanity. We are not just passive recipients of a spiritual truth.

Second, Paul uses punctiliar verbs to communicate this new reality: “we were buried with him”; “our old humanity was crucified with (him)”; “the body of sin was abolished“; “we died with Christ.” Paul does not say, “the old sinful humanity has been wounded; it’s still alive, but not as effective.” Yet this is how this is commonly read and communicated.

Third, the aorist “we have died” leads to “no longer continue.” The new reality is no less a reality, but it must still be worked out in life, which he gets at explicitly in verses 12-14. Paul, however, makes no concession that we have one foot in both the old and new! It is like the reminder to the Israelites that they are no longer in Egypt, that their existence now must display a distinctly new reality under a new God who orders this new and very different existence for them, and for the world.

It is important to keep in mind that Paul’s argument relates directly to the law. If believers remain in the old humanity in any way, then the law remains necessary. But if the old humanity has in fact been crucified, then the necessity of the law also goes away. This is where Paul is going (Romans 7:1-6). If our identity as “sinners” remains, so does the need for the law. But Paul is adamant that neither sin nor law continue to live.

Paul’s claims do not mean we’re “perfect.” In fact, Paul does not discuss being “perfect” at all. Such an idea is not on Paul’s radar. To let ideas of moral perfection creep in falls into reading through the lens of modern (primarily Western) morality — what I call “MPS” (“Moral Perfection Syndrome”). This is the idea that God demands moral perfection, and our failure to achieve said moral perfection is the problem. Because we think God demands such perfection, and because we’re never going to get it, we’re always “sinners.” This is not quite Paul’s framework; he’s talking about relocating the sphere in which we dwell as humans. What Paul is getting at is like the difference between Narnia and mid-20th century England in The Chronicles of Narnia. Rather than jumping back-and-forth between the two realms, according to this passage baptism symbolizes our passing through the wardrobe, into a new existence, never to return.

Yes, we still live in the old world; but it is now no longer home. Paul’s perspective is not “ongoing sin is just the way things are. But you’re washed in the blood of Christ; God just doesn’t see you that way any longer.” Paul turns his audience’s focus to the monumental shift in reality brought about by God through Jesus Christ. This does not just transform how we think God sees us or how we think about ourselves. It should transform our very existence. We might still struggle as we remain in the flesh; but we no longer “remain” in sin as “sinner.” That identity is dead.