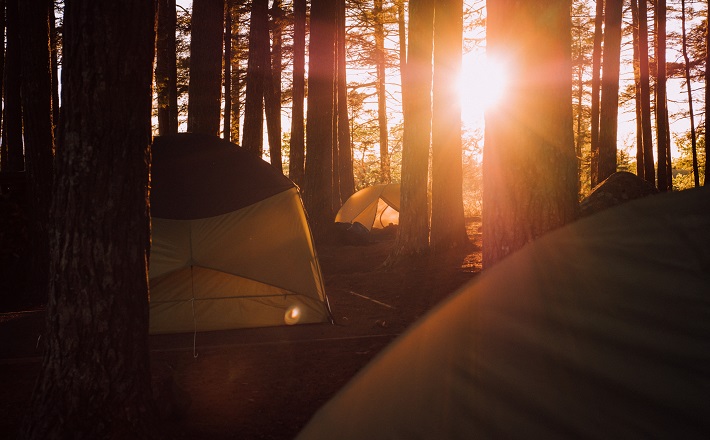 The poem uses a variety of synonyms to refer to God’s anger, wrath, or fury (verses 5, 12). It employs a violent image of God’s chosen king using an iron rod to break the nations, which then shatter into bits like an ordinary piece of pottery (verse 9). The psalmist even offers a glimpse of God seated in the heavens, laughing scornfully and inspiring terror in the world’s rulers below (verses 4-5).

Yet, the psalmist does not present God’s rage as unprovoked. The psalm begins with a rhetorical question that invites the audience’s incredulity. Why must the nations continue to conspire against the Lord and against the Lord’s anointed one, the Israelite king? How could the nations — even all nations joined as one force — imagine they could overpower the sovereign God of Israel and the earthly ruler whom he has appointed? It is this hubris that inspires mockery by God and by us, the readers, drawn in by the psalmist’s rhetoric. God scoffs at the efforts of the most powerful leaders on earth; their conspiracies are but a joke to God. Their plans are thwarted before they are even formulated.

The behavior of the nations — then and now — is terror and violence. Their fury incites God’s fury. In response to their conspiracies, their plots, their war plans, God unleashes wrath. Swirling anger is not, however, the only experience of God articulated in the psalm. The anointed one, the king, testifies to God’s claim on his life: “He said to me, ‘You are my son; today I have begotten you'” (verse 7). In addition to evoking a familial tenderness that stands in stark contrast to the international antagonism prominent in the psalm, this claim of parentage is also a legal claim. As Yahweh’s son, the king is Yahweh’s legal heir. The inheritance is no small parcel of land, but rather “the nations,” even to the “ends of the earth” (verse 8).

Psalm 2 draws connections between Israelite kingship and God’s cosmic kingship and, therefore, is classified as a royal psalm. As William Brown explains, royal psalms create “an indissoluble link between King and king. […] God’s sovereign rule is made manifest through the earthly king (2:7-12).”2 That link is drawn in this psalm through the parental metaphor. Thus, as God’s heir, the king becomes the one who wields the iron rod that destroys the conspiratorial nations. The Israelite king is the instrument of God’s power in the world.

At verse 10, the psalmist shifts his address to the very kings and rulers he has mocked at the beginning of the poem. Though they have provoked God’s wrath, anger need not be the nations’ only experience of God. They have the opportunity to orient their posture away from the service of their own power and toward the service of Yahweh (verses 11-12a). Without that change in orientation, God’s anger inevitably will flare, and the nations will indeed perish.

The last line of Psalm 2, “Happy are all who take refuge in him,” echoes the initial words of Psalm 1, “Happy are those….” This repetition brackets Psalms 1 and 2 together, and the unit serves to introduce the book of Psalms as a whole. However, the line also provides a fitting conclusion to Psalm 2 on its own. The last image of God provided by the psalm is not an angry God prepared to destroy the nations, but rather God as refuge, a place of quiet and safety in the midst of the world’s raging. The description here resonates with Psalm 46, where the language of God as refuge is woven throughout that psalm. Perhaps most evocative of Psalm 2 is Psalm 46:6-7: “The nations are in an uproar, the kingdoms totter; he utters his voice; the earth melts. The Lord of hosts is with us; the God of Jacob is our refuge.” The violence of the world, brought on by the hubris of the nations, will continue. Nonetheless, God provides protection from the uproar that rages in the earth. Even as God wreaks havoc on those who oppose him, God provides a refuge for those who serve him.

The references in Psalm 2 to God’s “anointed one” (Hebrew mashiah, “messiah”) refer quite concretely to the earthly Davidic monarch ruling over Israel. The New Testament later adopts this same language of God’s anointed one, or messiah, to describe Jesus. The language of Jesus as Son of God, also a favorite term in the New Testament, similarly echoes the parental metaphor used of Yahweh and the Davidic king in this psalm. At the Transfiguration of Jesus, read from Matthew 17:1-9 with this week’s lectionary, the voice from the cloud invokes this same parent-child relationship, declaring, “This is my Son, the Beloved” (Matthew 16:5). Thus it is clear that the “God of the Old Testament” and the images used to describe God there — be they furious and wrathful or tender and parental — persist in the New Testament as well. Indeed, the God of the Old Testament and the God of the New Testament are one and the same. The powers of this world continue in their conspiratorial fervor, while God — the one God, sovereign over the earth — remains our refuge.