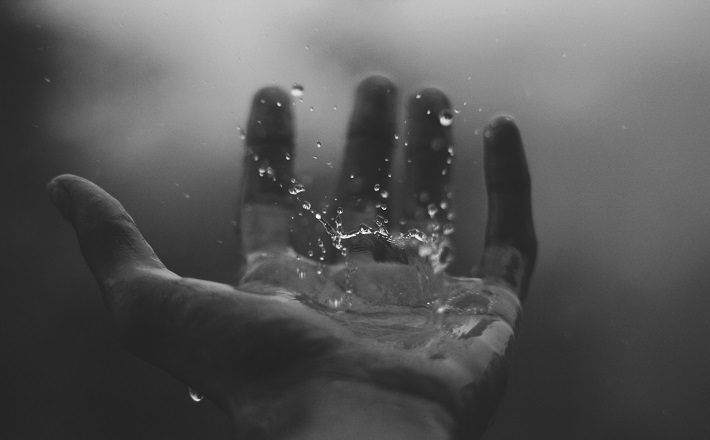 Not a solo operation

Peter’s sermon follows a dramatic healing. Although Peter does all the talking to this point, the narrative includes John. Peter and John together fix their eyes on this man who cannot walk and who seeks money from those who enter the temple (Acts 3:4). Not only does this man receive healing, we observe him “walking and leaping and praising God” (Acts 3:9). Our Lectionary reading does not include Acts 3:11, where the healed man still clings to Peter and John and “all the people” run — we can’t overstate Luke’s vivid description — to the site. We don’t know exactly why, but Acts makes sure we remember John’s participation. Although he does not speak yet, he will go to jail with Peter, demonstrate boldness alongside Peter (Acts 4:13), and argue his case alongside Peter (Acts 4:19). We might easily overlook John’s role, but this story is about the Easter church, not Peter’s heroism.

Luke is fond of presenting the gospel through speeches, and this is the second. Interpreters debate how much weight these speeches should bear in our assessment of Acts’ message. I would suggest that the speeches contain Acts’ clearest expression of the gospel message. Luke has many ways of communicating theology, but we should distinguish between gospel and theology. Gospel is an announcement, a proclamation. Theology involves the work of sorting through what that gospel proclamation entails.

Careful attention to the speeches in Acts presents us with several important lessons. First, they generally sound alike, touching on similar themes. Luke varies these speeches to fit their narrative contexts and their audiences, but much of the basic structure remains. This suggests that Luke, like other historians of the era, uses speeches not to convey the exact words of the speakers but their significance. Second, the sermons drop into climatic moments in the story. Peter’s speech in Acts 2 follows the crowd’s confusion regarding the Pentecost miracle: how could it be that the disciples communicate in languages they don’t even know? Peter’s speech here responds to the people’s amazement. Third, the speeches ground themselves in the story of Israel. Here Peter presents Jesus as having been “glorified” by the God of Abraham, Isaac, and Jacob.

The gospel proclamation is a story. When it addresses Jesus, it rehearses Israel’s history to a greater or lesser degree. We only hear part of this speech through the Lectionary reading, but it continues to ground the gospel in the testimony of Moses and returns to the promise to Abraham. When addressing other Jews, the speeches always include condemnation for Jesus’ death, a point to which we must return later. They also insist upon the resurrection: for Luke, the resurrection — even more so than the cross — is the high point of the gospel.

One fascinating point about Peter’s speech involves his references to Jesus. To call Jesus “the Holy and Righteous One” is a fairly conventional way of indicating his messianic identity. But Peter also identifies Jesus as “the Author of life.” That is a far bigger claim. It invokes Jesus’ divine identity and identifies Jesus as the true source of healing. The Author of life has power to heal.

Peter is absolutely clear as to the source of healing power. His healing command is, “In the name of Jesus Christ of Nazareth, stand up and walk” (Acts 3:6). Here in this speech Peter is emphatic, “By faith in his name, his name itself has made this man strong” (Acts 3:16). The faith that comes through Jesus has given health to this man.

Peter’s insistence upon Jesus’ name will get him and John into trouble. The authorities arrest the two disciples, interrogating them the following day. The authorities themselves insist upon the question of authority. “By what power or by what name did you do this?”, they demand (Acts 4:7). Peter’s response returns to the same theme: “There is salvation in no one else, for there is no other name under heaven given among mortals by which we must be saved” (Acts 4:12).

Having determined that they cannot suppress the healing work performed by Peter and John, not to mention witnessed by a large crowd, they send them away with one condition. The disciples much not “speak or teach at all in the name of Jesus” (Acts 4:18). The two disciples hardly give the authorities any assurances. Indeed, the authorities will arrest the apostles still another time, reminding them of the stipulation that they must not teach in Jesus’ name (Acts 5:28). Good luck with that. Peter and the others remain steadfast, enduring a beating and once again being admonished not to speak in Jesus’ name (Acts 5:40).

As they left the council, they rejoiced that they were considered worthy to suffer dishonor for the sake of the name. And every day in the temple and at home they did not cease to teach and proclaim Jesus as the Messiah. (Acts 5:41-42)

Meanwhile, Luke notes, many of those who heard Peter come to faith, so that the church has grown significantly (Acts 4:4). Apparently it is impossible to suppress the power of Jesus’ name. This is what an Easter church looks like: healing, proclaiming, and persevering.

No sermon can say everything that’s worth saying. Nor are sermons auspicious sites for academic lectures. However, many speeches in Acts present a significant problem, and this passage is no exception. Without rehearsing the details, Luke tends to blame Jesus’ death upon the Jewish authorities, even the Jewish people. Peter does exactly that in this passage.

Preachers do well to inform themselves about the anti-Jewish potential of Luke and Acts.1 Not only is it dangerous, great harm has been done. At a minimum, we should remind ourselves of the countless ways in which we still reject Jesus even, or especially, in the church. With respect to this passage, whenever we resist God’s healing work, whenever we seek to conform the spirit of healing to our own structures and expectations, we audition to play the authorities who imprison Peter and John.