For many of us, Advent is most notable for its busyness, due to the rush of holiday preparations that fill the weeks before Christmas and the accompanying mix of emotions and memories that the season ushers in. 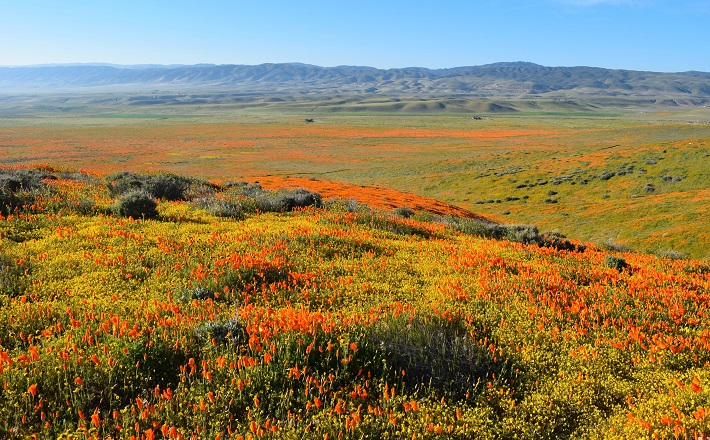 "The wilderness and the dry land shall be glad, the desert shall rejoice and blossom."  Photo by Pamela Heckel on Unsplash; licensed under CC0.
December 15, 2019

For many of us, Advent is most notable for its busyness, due to the rush of holiday preparations that fill the weeks before Christmas and the accompanying mix of emotions and memories that the season ushers in.

If we’re honest, we may even admit that the holiday season brims with much that has little to do with the liturgical season itself. In the frantic pace of “the holidays,” as they are commonly called in the U.S., it is very easy to lose ourselves. Suspended in Advent, in that liminal time between darkness and light, one can feel lost in the weeks leading to Christmastide. As we rush here and there, we can lose sight of the very thing for which we long most deeply.

To read the Letter of James on the Third Sunday of Advent is to be called back both to ourselves and to our great hope. He does so by first directing our attention to the human realities and everyday choices that shape our lives and give rise to the structures and values that determine the shape of our world. For this reason the letter stands out among the writings of the New Testament with its overriding concern for ethics and the life of faith that is lived in community.

In a culture dominated by the valuation of power and the accumulation of wealth, and largely driven by envy of those who possess both, James calls readers to follow an alternative way, one rooted in friendship with God rather than the world. He invites his readers to live in community that is free from envy and expressed by the kind of speech and action that is born of the wisdom that comes “from above.” This way of living is “first pure, then peaceable, gentle, willing to yield, full of mercy and good fruits, without a trace of partiality or hypocrisy” (James 4:17). By arguing that “conflicts and disputes” (4:1) emerge from “friendship with the world” (4:4), James reminds us that what we value shapes who we are, both individually and collectively.

To read James in the season of Advent is to take time to pause, reflect, and recognize where in our lives we are unprepared to welcome Christ anew, and what values and choices have closed us off to Christ’s presence in our midst.

James’s letter also reminds us to be aware of the suffering that is caused by the world’s corrosive and corrupting values. When James exhorts his readers to wait for the coming of the Lord, he not only instructs them to wait with patience, he presupposes that they are doing so in the midst of suffering.

Here James infuses the celebration of Advent with a hard truth. It is the suffering of those who bear the weight of oppression that gives meaning to waiting for the coming of the Lord (James 5:7) in the first place.

No wonder then that the author places his exhortation to wait patiently immediately after his detailed condemnation of the wealthy in James 5:1-6, where his words are sharp and unsparing: “Come now, you rich people, weep and wail for the miseries that are coming to you … Listen! The wages of the laborers who mowed your fields, which you kept back by fraud, cry out, and the cries of the harvesters have reached the ears of the Lord of hosts. You have lived on the earth in luxury and in pleasure; you have fattened your hearts in a day of slaughter. You have condemned and murdered the righteous one, who does not resist you” (James 5:1, 4-6).

In the final verse, James draws on the courtroom imagery that he invoked in James 2:6, where he reminds his readers of the wealthy who have defrauded the poor and unjustly taken them to court. This extended condemnation of the oppression of the poor by the wealthy develops a key theme of the letter that James introduces early on (James 1:9-11; 2:1-7). The priority James places on the plight of the poor is also implied in 1:27, one of the most well-known verses in the New Testament: “Religion that is pure and undefiled before God, the Father, is this: to care for the orphans and widows in their distress, and to keep oneself unstained by the world.” The letter contrasts care for the poor with friendship with the world, which only generates cravings and covetousness, and expresses “enmity with God” (4:1-4).

The patient waiting to which the author calls readers in James 5:7-10 reveals that it is his own community that has been exploited, oppressed, and overlooked by the wealthy. As he writes in 2:6: “Is it not the rich who oppress you? Is it not they who drag you into court?” Yet, amidst his understanding of how wealth, power, and poverty operate in the world, James is careful to remind his readers that even those who suffer at the hands of the powerful are susceptible to internalizing their values. It is all too easy to become friends with the world and to enact the values that are predominant within it. He scolds his audience for having, themselves, shown favor to the powerful over the poor and powerless (2:1-6).

Reading James in the rhythm of the liturgical year is a corrective that cuts through the distractions of the “holiday season” and calls our attention back to Advent. James reminds us that this liturgical season of preparation is also a season of repentance and penance that must take seriously the suffering in our midst. Waiting patiently for the day of the Lord is, as James’ entire letter suggests, a time for recognizing the values that shape our lives and communities and recalibrating them, as need be, so that they may be in accord with the wisdom that is from above.

When the wilderness blooms, when the desert is fertile, it’s as if nature itself sings a chorus of “Alleluia!”

For many of us, Advent is most notable for its busyness, due to the rush of holiday preparations that fill the weeks before Christmas and the accompanying mix of emotions and memories that the season ushers in.
Print All Text Print All Commentary

Discussion Questions for Advent 3A