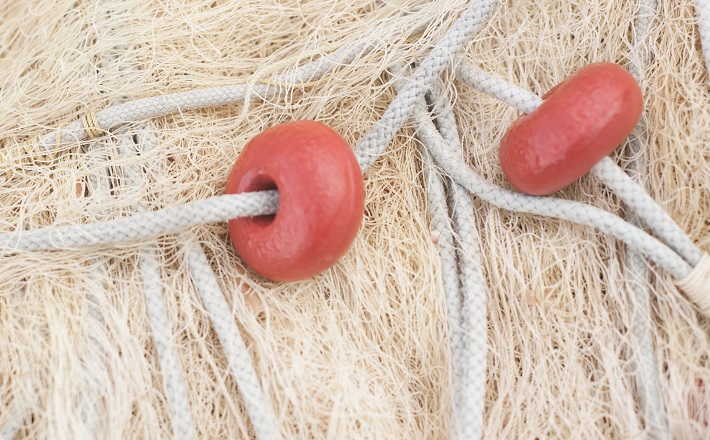 And immediately they left their nets and followed him. - Mark 1:18 (Public domain image; licensed under CC0)
January 21, 2018

This episode in Mark follows directly after the story of Jesus’ temptation in the wilderness. He goes to Galilee, and there he proclaims the “good news of God”, “gospel of God,” “evangelion of God.” Jesus’ first sermon is short, memorable, and direct. Time is at a crisis point. Events in the past have gathered to the point of culmination, and the “kingdom of God” is approaching. His words shed light backwards on the prophecy from Isaiah, the work of John the baptizer, and the divine voice and vision at Jesus’ baptism, and they shine forward to the deeds of Jesus in the rest of the gospel.

As John does, Jesus proclaims, “repent.” And he preaches “believe in,” or “have faith” in, the good news. The mysterious phrases, “kingdom of God” and the “good news,” introduced at the opening of the gospel, will be opened up and embodied in the story that follows. People whom Jesus encounters throughout the countryside will display different dimensions of “faith” (the friends of the paralyzed man, Jairus, the synagogue leader, the bleeding woman, the father of the epileptic son, and Bartimaeus, the blind beggar).

With brevity the text sets the scene and introduces the brothers, first Simon and Andrew, and then James and John, and their profession “for they were fishermen.” Jesus’ straightforward imperative, “follow me”” is finished with the odd formulation, “I will make you fish for people.” This narrative in Mark shows a story from the life of Jesus that is in the process of being “theologized” and becoming a symbolic story for the early believing communities.

“Fishing” is interpreted as another kind of drawing, catching, and harvesting, of people, followers, disciples, or members of a movement, in the language of mission. One kind of employment, fishing, will be transfigured into another, sharing the “good news,” and offer another kind of provision. Simon and Andrew respond in an instant without further conversation. They leave their nets, the sign of their former profession. Likewise, James and John, leave their father and the hired men, their fishing colleagues, to follow the preacher.

The words of the text do not describe the tone of Jesus’ words to the fishermen. It might be imagined as an authoritative command, a gentle invitation, or a prophetic call. Without question or delay the fishers obey. The gospel of Mark will demonstrate the work of exorcising, healing, feeding in which these disciples will join and will illustrate the deadly opposition to that ministry.

There will be many times after this day when their questions and doubts and failure to understand will be at the forefront of the gospel’s attention. When they answer Jesus by getting up and following, they join a movement that has been advanced by the prophet Isaiah and John the Baptizer, Elijah, Elisha, and Moses. They join a mission that has been renewed by the faithful in each generation, Martin Luther King, Jr. and his many colleagues in the movement for civil rights in the United States.

That all the protagonists in this story are male: Jesus, brothers, father, and hired men presents an interpretive challenge for those who preach in a congregation in which women are among the hearers and receivers of this word. The call of male disciples justified the exclusion of women from leadership in the church in many Christian bodies. The depictions of this story in art and its many, many retellings in the tradition celebrate the two sets of brothers as the classic portraits of Christian disciples. The well-known phrase “fishers of men” obscures the reality of women among the community sought by the Jesus movement. Women and others, who long to “hear themselves,” in such a paradigmatic story of discipleship, will exercise their own hermeneutical translation of these stories, but sometimes our effort does not overcome the alienating effects.

Please, preachers! “Update” and “expand” the preaching/proclamation of this story with all the deep clues and rich material in Mark’s gospel:

“There were also women looking on from a distance; among them were Mary Magdalene, and Mary the mother of James the younger and of Joses, and Salome. These used to follow him and provided for him (“served” diakonein) when he was in Galilee; and there were many other women who had come up with him to Jerusalem.” Mark 15:40-41

Some of these women may be hidden in the stories of women who demonstrate faith in Galilee and Tyre and Sidon: the woman in the crowd (Mark 5:34), the Syrophoenecian mother (Mark 7:24-34)), and the anointing one (Mark 14:3-9). There are likely those that the gospel does not tell, but that a preacher could. Like Bartimaeus who is called, rises, is healed, and follows (Mark 10:46-52), so too those who have been made well, will become disciples.

They will misunderstand and question and doubt. They will be opposed by violent power. They will suffer and lose their lives and those they love. These daughters, mothers, and sisters, whose following took them to the threshold of the tomb on Easter morning, can exemplify human “faith in the good news” as brilliantly as Simon, Andrew, James, and John.

This Psalm is for the asylum seeker, those who seek refuge from adversaries, those who yearn for security and stability.1

Although 21st-century Christians live as though they have a key to life, 1 Corinthians 7: 29-31 has a cautious suggestion.
Print All Text Print All Commentary

You Are Never Alone