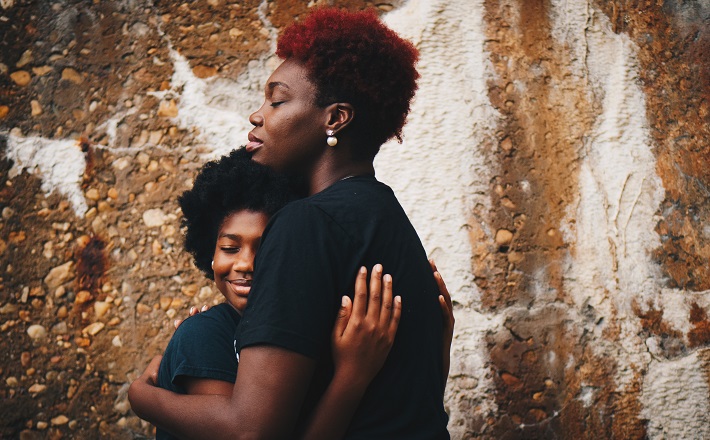 Jesus leads his followers on the journey to freedom. As the embodiment of God’s reign, Jesus gives himself in service to others, using his authority to heal, save, and free. The religious and secular leaders exercise a starkly different authority, the power of darkness that dominates, imprisons, and kills. The whole story emphasizes the dramatic contrast between the kingdom of God and the authorities of this world.

Jesus’ Passover meal with his disciples sets the stage for the events that are about to unfold. As Jesus recalls God’s liberation of Israel and the covenant made at Sinai, he anticipates the fulfillment of the Passover in God’s kingdom. His words point forward both to the heavenly feast and to his presence among the community when they break bread together after his resurrection (Luke 24:30-35; Acts 2:42-46). Luke’s version of the last supper is distinctive, with Jesus offering a cup, then bread, then a second cup after the meal. Some ancient manuscripts have only one cup and different sequences of events in verses 17-20, but NRSV follows the witness of the earliest and best manuscripts both in the order of events and in retaining the two cups.

At the last supper, Jesus models self-giving love. Here at the table he is, quite literally, among his disciples as one who serves. He gives thanks and offers them wine, commanding them to share (diamerizo) the first cup among themselves, just as the first Christians will have all things in common, distributing (diamerizo) their goods (Acts 2:44). He gives thanks and breaks bread, saying, “This is my body, which is being given for you. Keep doing this for my remembrance.” Remembrance (anamnesis) is not simply the memory of a distant past; it connects the past with the present and the future, where the living Christ continues to be among his followers, still giving himself for them.

What are they to keep doing? Not only breaking bread together, but giving their own bodies in witness to his love. This is the new community that Jesus forms, created through the new covenant in his poured-out blood.

Yet, even as he pours himself out for them, the disciples fail to live in Jesus’ way. At the table with him reclines one who will reward Jesus’ giving (didomi) by giving him over (paradidomi) to the religious authorities, who will bring him to Pilate, who will give him over (paradidomi) to be crucified. When Jesus announces this fact, the other disciples react first by arguing about which one of them it is and then by getting into a serious dispute over who among them is greatest (compare 9:46-48). Jesus uses the occasion to contrast God’s reign with earthly authority and calls them to continue his ministry by taking their places as servant leaders at his table in his kingdom.

Though Jesus appoints them to positions of authority, they are about to learn their weakness and their need for strength beyond their own. Jesus warns Peter, whom he addresses here as “Simon, Simon,” that Satan has asked to sift all of them like wheat. Jesus, however, has prayed that Peter will not fall away. Over Peter’s protests, he prophesies that Peter will deny him, but tells him to return after his failure to strengthen the rest.

Then Jesus reminds them of the instructions that he had given them earlier, when he sent them and the seventy out to preach and heal (Luke 9:1-3, 10:1-4). Back then they could depend on a warm reception, but no longer. He will soon be regarded as a criminal, counted among the lawbreakers. From now on they, like him, will be rejected and persecuted. Jesus’ command to sell their cloaks and buy swords (22:36) is figurative, a hyperbolic statement meant to illustrate their changed situation. When they take him literally (verse 38), he corrects them with a curt, “Enough!”

The scene now changes from the Passover meal to the Mount of Olives. After instructing his disciples to pray that they might not enter into the time of trial (compare 11:4), Jesus withdraws and kneels in prayer. He asks the Father to take away this cup, but willingly yields to God’s will rather than his own.

Luke’s version of this scene is quiet and dignified, lacking the repeated interactions with the disciples that Matthew and Mark describe. He presents Jesus as a model philosopher, calm and self-controlled. Even if the textual variant in 43-44 is included, it portrays Jesus as engaged in a mighty athletic struggle, not as overcome by emotional agony. The disciples, not Jesus, are the ones exhausted by grief.

While Jesus again commands his disciples to pray, Judas arrives, leading a crowd. The disciples react violently, asking whether they should use their swords. Before Jesus can reply, one of them cuts off the ear of the high priest’s servant. Jesus rebukes them all and immediately heals the man. His words and actions make it clear that his earlier command to buy a sword was meant figuratively. Surrounded by swords and clubs, he chooses peace and healing. This, however, is the hour of those who rule through force. The power of darkness is here.

As Jesus is led away to the high priest’s house, Peter follows at a distance. Jesus has prophesied that Peter would deny three times that he knew him, and the story unfolds just as Jesus has said it would. Even as Jesus’ prophecy about Peter is fulfilled, Jesus’ captors are beating him and daring him to prophesy who hit him. When the cock crows, Jesus turns and looks directly at Peter. His gaze marks the moment when Peter remembers and repents. As John Calvin said, “he had to meet Christ’s eyes to come to himself.”

In the trial before the Sanhedrin, the elders, chief priests and scribes ask Jesus to tell them whether he is the Christ. He evades the question, saying they will not believe his answer in any case, but announcing that from now on they will see the Human One seated at God’s right hand. When they ask whether he is the son of God, he says only, “You say that I am.” Though he has not given them a direct answer, they conclude that he has given them all the testimony they need.

Before Pilate, the religious leaders accuse Jesus of misleading the people, preventing the payment of taxes to Caesar, and claiming to be Christ, a king. Pilate declares that the charges are not founded, but the leaders persist in their accusation that he has been creating an uproar among the people from Galilee to Jerusalem. As soon as Pilate learns that Jesus is a Galilean, he passes the buck to Herod, since Galilee is Herod’s jurisdiction. After Jesus refuses to perform wonders on command and remains silent under interrogation, Herod despises him, mocks him by dressing him up in expensive clothes, and returns him to Pilate.

Until the second trial before Pilate, only the religious leaders have pressed charges against Jesus. Now, however, when Pilate declares Jesus innocent of inciting a revolt and says that neither he nor Herod have found any reason to condemn him to death, the people join in the uproarious shouts to release Barabbas and crucify Jesus. The irony is rich here.

The religious leaders, not Jesus, are creating an uproar among the people. The leaders and people together demand that Pilate free Barabbas, a criminal who is guilty of revolt and murder, and crucify Jesus, who has been found innocent of all charges. Over Pilate’s threefold protest and repeated offers to have Jesus whipped even though he is not guilty, the cries of the mob prevail. Pilate hands Jesus over to their will.

As Jesus is led away the mood abruptly changes. Luke once again distinguishes between the religious leaders and the people, with the whole scene suggesting the people’s repentance. Simon of Cyrene, pressed into service, assumes the role of a disciple by carrying the cross and following Jesus. A great crowd of the people follow Jesus too, and the women in the crowd beat their breasts and mourn for him. Turning, Jesus pronounces a blessing on those who cannot have children (contrast 11:27-28). Because their leaders distort justice and seek only to preserve their own power, disaster looms.

Fulfilling the prophecy that he will be counted among the lawbreakers, Jesus is led to his execution along with two criminals and crucified between them. Some important early manuscripts lack verse 34, but other excellent early manuscripts include it, and several second-century church fathers refer to it. By praying that God will forgive his enemies, Jesus practices what he preaches (6:27-28, 35, 37; 11:4; 17:3-5) and becomes a model for his followers (Acts 7:60).

The division between the people and their leaders continues at the cross. The people stand silently watching, but the rulers and the soldiers taunt Jesus, mocking his apparent powerlessness and inability to save himself. Ironically, even as Jesus nears death he uses his authority to save others. When one of the criminals confesses his guilt and asks Jesus to remember him when he comes into his kingdom, Jesus promises the dying man that he will be in paradise that day, and that Jesus will be with him.

The centurion becomes the second representative of Rome to declare Jesus innocent. Seeing what has happened, he recognizes that God is at work and that Jesus was a just man. Luke does not tell us how the religious leaders react to Jesus’ death, but the crowds who had gathered expecting a spectacle leave shaken and contrite. Jesus’ friends, including his female disciples, witness everything from a distance.

The story of Jesus’ burial emphasizes once again the divisions within Israel. Luke says that Joseph of Arimathea, a member of the Sanhedrin, opposed the decision to crucify Jesus. Though he could not protect Jesus, he honored him by requesting his body, wrapping it in fine cloth, and burying it in an unused tomb.