The Book of Revelation — and the Bible — reaches its climax with this passage. 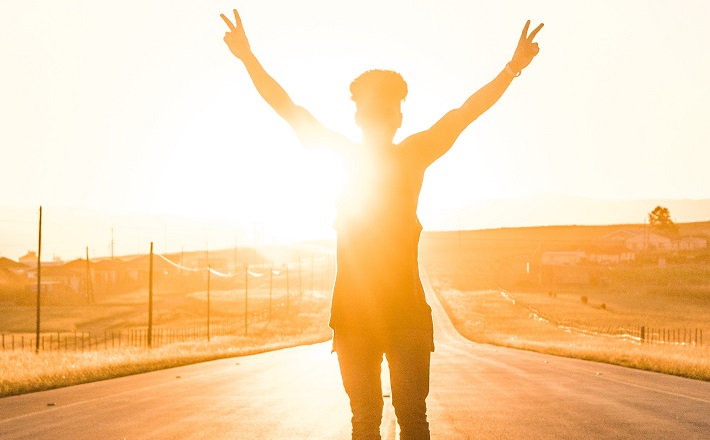 The Book of Revelation — and the Bible — reaches its climax with this passage.

John describes a vision of the holy city Jerusalem coming from heaven from God. A good many Christians today think of this vision as the city plan for heaven that shows where the walls, streets, buildings, river, and vegetation will be located. Such folk look forward to walking the streets of gold.

In quite a different nuance, John uses the image of the city in Revelation 21:10-22:5 as an image of the qualities of life that make up the new heaven and the new earth. John uses the descriptions of walls, streets, buildings, the river, and vegetation to symbolize the characteristics of life in the new Jerusalem.

In the background is the contrast between the community of God (here represented by a vibrant, secure, abundant city) and the population of the Roman Empire (represented by a city in Revelation 18 that is foul, immoral, and over which a funeral song is already being sung).

In Revelation 21:11-19 John sees high walls with gates open on each side. Walls are traditional symbols of community and security. Indeed, real security comes from authentic community in which all people feel mutually supported. Gates typically control entrance and exit, but these gates — four on a side — are always open. At the risk of anachronism, I might say this openness in community is a real way to security.

John indicates that the city is measured (Revelation 21:15). Measurement was a customary way of saying something is under control. The city is four-square. The city measures 12,000 stadia on a side (1,500 miles) (Revelation 21:16). The number 12,000 is another way of speaking of community. Compared to the sizes of cities in antiquity, the size of this one is almost beyond imagination: it is large enough to provide a safe place for everyone who has been faithful since the beginning of history. Rome was a large city, but the new Jerusalem dwarfs it.

The city is gold (Revelation 21:18). The gold signals the value the community: it is as valuable as the most precious metal in antiquity. But these walls are clear as glass. The gold is transformed and no longer has the power to tempt.

According to Revelation 21:22-24, the city has no temple. Indeed, the length, width, and the height of the city are equal (Revelation 21:16). The city itself bespeaks the Holy of Holies. God is immediately, fully present to shape community life.

The reference to the disappearance of the sun and moon is a double message (Revelation 21:23; 22:5). (1) The sun and moon represent the structures of the old creation. Since that creation will no longer be in operation, sun and moon are not needed. (2) The Romans often worshipped astral deities, but the impotence of those gods is now fully revealed.

The new Jerusalem contains only those things that build up community, such as the glory and honor of the nations, and the nations and rulers living in its ways. But that things that disrupt community have been destroyed (21:27; see 21:8).

Revelation 22:1-5 recollects an important theme in apocalyptic literature: the end time (the new world) will be like the beginning time (the world as God created it, before the ancestral couple ate the forbidden fruit and invoked the curse).

In the semi-arid character of the Mediterranean basin, water is important. The presence of “the river of the water of life” is a way of saying that the power that sustains life is unending and irrepressible (Revelation 21:1). That image recollects the water flowing out of the temple in Ezekiel, across the streets of the city, down to the Dead Sea. Along its route, vegetation flourishes. So it is also in community: people become generative and they flourish.

The tree of life — a symbol that God guarantees life — is on both sides of the river and bears twelves kinds of fruit, one each month. (Revelation 22:2). Provision is ceaseless. Fruit, of course, is a traditional Jewish symbol for qualities of life.

In those days, they made some medicines by grinding up leaves. The nations — typified by Rome — suffered from idolatry, injustice, and violence, and they collapsed, one after another. By contrast, the cities that take this medicine — that live according to the vision of this community — will be healed (Revelation 22:3).

Revelation 21:5 draws on a traditional apocalyptic notion that, after the apocalypse, the faithful will reign with God. However, John has earlier indicated the nature of this rule: the saints worship God in the pattern of Revelation 4:9-11 by laying their crowns before God. To reign with God, in this Book, is to serve God’s purposes.

John sees God bring the holy city into place as the climactic act of the coming of the new world. As I say in comments on the readings from Revelation in other Sundays after Easter, I do not share John’s belief that God has the kind of power to carry out such a reconstruction project by Godself. But I do believe God offers the world the possibility of creating such a world as we respond to God’s invitation can work together. As a practical approach, a preacher might encourage the congregation to imagine how they can be in solidarity with the community in the neighborhood to move towards more of the security, relationality, spiritual immediacy and abundance of the city of John’s vision.

In Bible studies that I lead in congregations, the question that comes up as much as any other is that of what happens beyond death. For example, “Will I be reunited with my wife and family?” Revelation 21:10-22:5 does not directly answer that question. But the preacher could use conversation among that question, this text, other texts, and doctrinal statements to help people consider what we can — and cannot — say with confidence about the possibility of life beyond death.

These verses are part of the so-called Farewell Discourse which goes John 14:1-17:26, and during which Jesus promises his disciples that he will send the Holy Spirit, the Advocate (parakletos) to be with them for ever (14:16).

Acts 16 offers a compelling portrait of ministry for our consideration.

Psalm 67 begins with a prayer for blessing that draws its words from the great priestly blessing in Numbers 6:24-26 (verse 1).

The Book of Revelation — and the Bible — reaches its climax with this passage.
Print All Text Print All Commentary