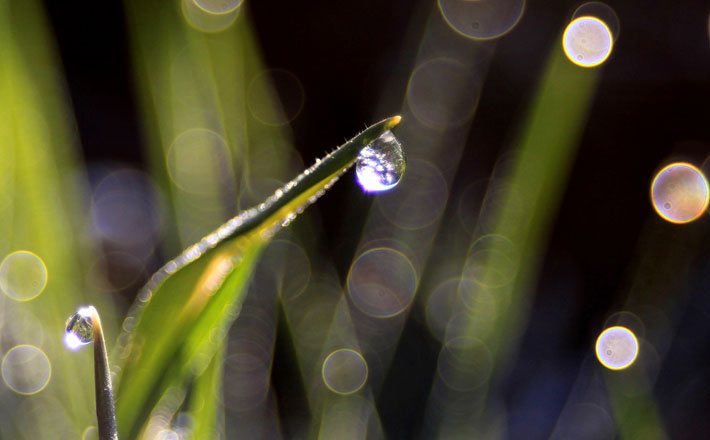 God is one who leads the faithful back home, and the Lord’s power to redeem is mighty. God is able to bring back even those who had been exiled to “the farthest parts of the earth” (Jeremiah 31:8); the Holy One can sustain even those whose resilience for the journey homeward might be impaired (“the blind and the lame, those with child and those in labor”).

The redeemed are brought to voice in a marvelous cacophony of ways in this passage, something that points forward to the voice of the weeping Rachel just beyond this lection (Jeremiah 31:15) in a passage many congregations will have encountered liturgically in the preceding week for the Feast of the Holy Innocents. Those whom God has delivered will sing aloud, raise shouts, proclaim, and give praise (v 7). But grief and pleading will be voiced as well. This traumatized and diminished community will beg for God’s help (they are bidden to say, “Save, O Lord, your people, the remnant of Israel,” (v 7). They will weep, presumably at the memory of losses experienced and suffering witnessed, and they will implore God’s mercy as the Lord leads them back (v 9). Some translators, evidently uncomfortable with the notion that pleas for mercy might be offered even as the redeemed return to Zion, propose “consolations” (so NRSV) or “compassion” (NJPS) as the meaning of ta?nunîm. But the semantic sense of the term is well established in numerous biblical contexts as “supplications” from a distressed party. The term occurs in Jeremiah 3:21, a passage that begins with the same noteworthy syntactical construction as 31:15. “A voice on the bare heights is heard, the plaintive weeping of Israel’s children” anticipates “a voice is heard in Ramah” (or “on a height”): Rachel weeping for the lost children of Israel. Verse 9 gives us the indelible image of a once-broken community rejoicing through tears, imploring God’s favor even as the new reality of restoration unfolds. The poet depicts a journey of transformation marked by lingering sorrow, brilliantly authorizing the grief of a community still waiting for the Lord and unable to forget what they have lost. The imagery here is truer to pastoral processes of healing from trauma than would be a monochromatic image of happiness. With this text, the preacher may explore the emotional complexity of restoration for individuals and communities that have suffered. In the aftermath of destruction, it is a complicated thing to hope again. The experience of healing can be painful as well as joyous.

It may be theologically productive for the preacher to meditate on something unusual about this passage: the diction and imagery seem strikingly foreign to the rest of Jeremiah. Many scholars of Jeremiah propose that material in the Book of Consolation was added late in the process of composition. This may worry preachers who attribute all in Jeremiah to the historical prophet or his scribe Baruch (a claim not required by the book itself, which expressly acknowledges a long process of growth; see Jeremiah 36:32). But the transparent lateness of traditions in Jeremiah 31 represents an opportunity for the preacher to consider ways in which the text here draws on authoritative older traditions. The imagery of God as father to firstborn Ephraim and of Israel accepting “the grain, the wine, and the oil” as gifts from the Lord (implicit: rather than from Baal) comes straight from Hosea, as does material a few verses beyond our lection (vv 18-20: Ephraim as an untrained calf needing discipline and as beloved child whom God has punished but for whom God still has compassion). The images of rejoicing, jubilant return of all including the physically challenged, pools or streams of water signifying restoration, the geography of redemption reaching to distant “coastlands,” and life “like a watered garden” have been drawn from Deutero- and Trito-Isaiah. The rich allusiveness of Jeremiah 31 was surely obvious to an ancient audience that had carefully preserved prophetic tradition for centuries. Then as now, recognizing allusions would trigger a profoundly formative learning for those steeped in sacred traditions. So: what might have been evoked for ancient hearers?

From Hosea, Jeremiah 31 borrows the intimacy of familial relationships as a model for Judah’s covenant relationship with God. Verse 9 draws on the tender parental imagery of Hosea 11:1-9 and 14:1-8 to foreground the compassionate nurture that God promises this broken people. In Hosea 2:1-13, a raging husband-God had staked a violent claim on the body of adulterous “wife” Israel. Jeremiah 31:12 reconfigures this, showing Israel not as stripped, shamed, and beaten but instead “radiant over the goodness of the Lord,” whose providence is now acknowledged by God’s people. The allusions to Isaiah confirm the prospect of a joyous return from captivity, consolation (cf. Isaiah 40:1; 49:13; 51:3, 12; 52:9; 61:2; 66:13), exuberant celebration, and bounteous abundance in the restored community. But more: these allusions subtly promote an Isaianic theology of the power of God as One who has been in control of history since the dawn of time (cf. Isaiah 42:9, 43:9-21, 44:6-8), something not strongly articulated in the deeply anxious book of Jeremiah.

Jeremiah 31 offers glimpses of a luminous future for a people terrified in the (narratological) present. Our text is situated after the first Babylonian deportation of Judeans in 597 (see Jeremiah 24 and 29); surrounding texts strike ominous notes regarding the Babylonian invasion, God’s wrath, and devastating internecine disputes that fracture God’s people. Jeremiah 34 brings us back into the present of the plot, a hyperbolically fearsome time of siege “when King Nebuchadnezzar of Babylon and all his army and all the kingdoms of the earth and all the peoples under his dominion were fighting against Jerusalem” (34:1). In Jeremiah 31, then, powerful promises with a venerable prophetic pedigree are uttered into a narrative present marked by destabilization and terror. A people formed by this prophetic word learns that death and loss are inescapable and that repentance is always necessary (Jeremiah 7:3-7, 18:1-11, 29:11-14), yet grace will abound. The challenge is to move forward faithfully in the present moment, trusting that through grace, the life of the reformed community can become “like a watered garden” (Jeremiah 31:12; cf. Hosea 14:5-8, Isaiah 58:11) — Gospel word indeed.