This text is about spirituality. 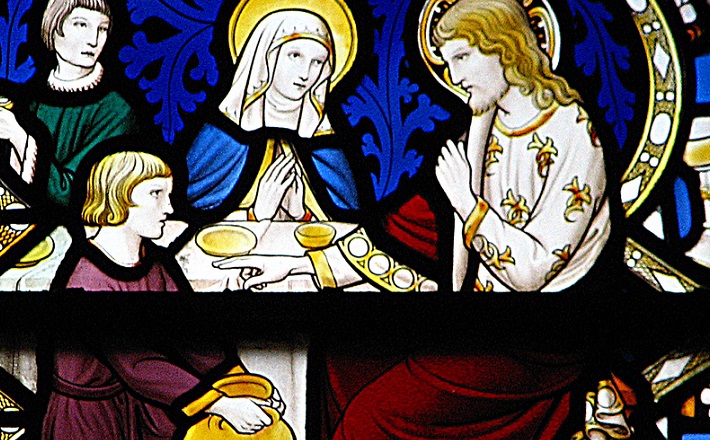 This text is about spirituality.

For Paul spirituality entails the ongoing reality and work of the Holy Spirit in believers’ lives both individually and corporately. The problem is that some spiritual elitists have really messed this up. They have regarded their gifts of the Spirit as making them superior to other members of the Corinthian community. This text introduces the extended section of 1 Corinthians 12-14 wherein Paul is presenting the proper and improper uses of spiritual gifts. In this introduction Paul emphasizes unified divine action, which empowers diverse human activity for the common benefit of all.

Paul’s opening words in 1 Corinthians 12:1, “Now concerning” introduces the new topic at hand parallel to how he introduces new topics in 7:1; 8:1; 16:1. While almost every English translation presents Paul as introducing spiritual gifts in 12:1, Paul does not use his typical word for spiritual gifts. Instead, the Greek word Paul intentionally uses would better be rendered “matters related to the Spirit.” Spiritual gifts are a particular subset Paul will discuss under the broader topic of matters related to the Spirit.

In 1 Corinthians 12:2-3 Paul presents a contrast between the Corinthians’ former and current spiritual realities. Formerly as pagans they were misled to worship speechless idles (v. 2). Now, however, their Spirit-inspired speech is quite different (v. 3). God’s Spirit would never empower anyone to declare, “May Jesus be damned.” Rather, the Spirit empowers the saving confession, “Jesus is Lord!” In this way, Paul reminds his Corinthian audience that the primary work of the Holy Spirit is to create faith whose principal pronouncement is the lordship of Jesus. Hence no believer should feel that the Holy Spirit is not at work in them. One cannot believe apart from the direct, empowering work of the Holy Spirit.

In 1 Corinthians 12:4-6 Paul constructs three parallel sentences highlighting allotted diversity flowing out of divine unity. Each verse opens with the same Greek word meaning “varied allotments” as he emphasizes how the triune God works in multiple ways. The first diverse allotments of the Spirit involve gifts. Here the Greek word which Paul uses is almost non-existent beyond the Pauline epistles. It is the word charismata (from which comes our English word, charismatic), typically translated as “gifts.” It is important to note, however, that this rare word is a cognate of the Greek word, charis, meaning “grace.” Thus for Paul these diverse gifts flow directly out of God’s grace. Thus one cannot claim them as their own possession or a product of their own innate talents. They always remain divine grace-gifts.

In verse 5 Paul notes that Jesus allots various ministries. Whereas in verse 6, it is God who activates various activities (Paul’s play on words) in everyone. In light of the spiritual elitists in Corinth, Paul is letting them know that not only did the Spirit create faith in everyone, the triune God is at work in and through everyone. No one is ignored or left out. Every single one of them is a charismatic Christian. The implication is also that no one is spiritually superior to others.

In vv. 8-10 Paul elucidates the Spirit’s activity by presenting nine gifts, which the Spirit manifests in the lives of various Christians. The fact that Paul opens his list with the Spirit giving an utterance of wisdom (12:8a) is contextually significant. In 1 Corinthians 1:18-2:16 Paul countered the relishing of wisdom by some Corinthians with the foolishness of the cross. Thus an utterance of wisdom involves the epistemology of the cross and an ability to interpret God’s hidden plan as revealed in Christ-crucified as the center of God’s salvific activity.

In this context “an utterance of knowledge” (12:8b) most likely refers to theological discernment for communal benefit (recalling 1:5). This Spirit-imparted knowledge stands in stark contrast to the arrogant knowledge displayed by some Corinthians which lacks theological discernment regarding how one’s actions may be harming one’s fellow Christian (Paul’s argument in chapter 8).

The reference to the Spirit allotting faith to someone (12:9a) is a bit deceptive. Here faith does not relate to core Christian faith since Paul is highlighting varied grace-gifts given distinctively and diversely by the Spirit (opposite of how he highlights the unified confession of faith worked by the Spirit in v. 3). Rather, it refers to a grace-gift empowering one to do some type of miraculous work (as it will also be used in 13:2).

The Spirit’s empowerment of another with grace gifts for healing (12:9b) is a counter-cultural claim. In Corinth (as well as throughout the Greco-Roman world), gifts for healings were deeply linked with the god (and cult) of Asclepius, a son of Apollo. While there was a significant temple to Asclepius in Corinth, Paul is telling Christians in Corinth that true healing does not occur there but here in the midst of their own community as a result of the Spirit’s gifting activity.

The references to the allotment of prophecies and discernment of spirits (12:10a) are interrelated. Prophecy does not involve predicting the future but speaking a message originating with God. Discerning spirits involves determining whether or not the person speaking a prophecy has actually been energized by the Spirit or not. Likewise speaking in tongues and interpreting tongues (12:10b) are also interrelated. Here tongues (the gift of glossolalia) involves the Spirit empowering one to speak in an unknown, heavenly language. Since it is unknown, the Spirit also needs to empower another to interpret the message which has been spoken.

Thus through this text we discover that Pauline spirituality includes: