Give ourselves over to the work of making freedom daily

Photo by Saad Chaudhry on Unsplash; licensed under CC0.
October 30, 2022 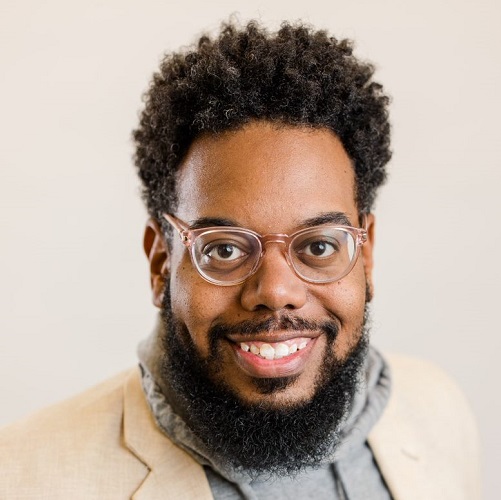 This week’s passage is an intriguing one for Reformation Sunday. Reformation Day commemorates the day that Martin Luther went to the Castle Church in Wittenberg, Germany, and posted his Ninety-Five Theses. Luther’s action was no empty performance—he was a respected pastor and teacher. His public declaration brought him into direct conflict with the people and communities he knew and loved. The effects of the resulting schism of the western church and the development of Protestantism would reverberate well into the future. Our passage takes us squarely into an unfolding scene of intellectual and theological conflict.

The Gospel of John takes on a distinct tone from the Synoptic Gospels. It uniquely situates Jesus’ identity as the Word who is present and active in the creation (John 1:1-5). At the same time, the book’s composition reflects both 1) a significant knowledge of Jewish ideas and traditions, and 2) a measure of antagonism towards Jews.1 The eighth chapter of the Gospel of John places us in the thick of a conflict that exemplifies this very dynamic. Jesus was among his countrymen, fellow Jewish people who were his kin and his community. And the nature of his message was certainly challenging.

Verse 31 presents Jesus speaking specifically to Jews who had believed in him. We can surmise, then, that there were certainly Jews who did not believe. It seems reasonable to suggest that Jesus’ message would’ve been a hard one to fathom, even for those who were following him. Jesus maps a trajectory for those who believe in him, promising that it is the path to knowledge and truth. To be a disciple, it seems, is not simply a function of belief—it requires a fulfillment of action. This is a sentiment we can gather from Jesus’ words to his believers. Belief reflects a measure of assent, agreement, trust. But belief doesn’t necessarily translate into action. We can believe many things without choosing to do anything about it. Jesus offers an invitation not to rest on the laurels of faith, but to embrace the joyful burden of active devotion.

Active devotion is a process of becoming, of expanding the boundaries of understanding and growing in wisdom, knowledge, and freedom. Yet, devotion is not what gives Jesus’ audience pause. After all, they know what it means to be loyal to the social, political, and religious realities of Jewish life. We should not take this response as an indictment of their beliefs. Their resistance is to the idea that they need to be made free. Therein lies a pivotal question: what does it mean to be free?

The Jews in conversation with Jesus answer this question in light of their lineage. The descendants of Abraham, they say, have never been slaves to anyone. This is a curious statement given passages such as Deuteronomy 6:20-25, in which the statutes and laws of God are directly linked to the remembrance of Israel’s enslavement in Egypt. It seems unlikely that Jesus’ conversation partners would have forgotten this critical element of their history. However, we might consider that the initial audience of this text would’ve been a mixed community of Jews, Gentiles, and Samaritans. For such a group, the question of freedom would not necessarily be grounded in a shared historical perspective. The principles and practices of the fledgling community of Jesus followers would have been animated by a different set of immediate concerns. In any case, the dialogue of the passage sets up a reorientation of focus for this new body of believers.

From Jesus’ perspective, the critical focus is to be free from the constraint of sin. Sin enslaves the perpetrator and displaces them from the household of God. From this angle, freedom looks like the maintenance of spiritual wellbeing and the assurance of inclusion in God’s lineage. Importantly, there is a parallel between the truth that makes one free in verse 32 and the Son who makes one free in verse 36. The clear implication is this: to follow Jesus is to know truth, freedom, and connection to God. We see this reaffirmed in John 14:6, “I am the way, the truth and the life. No one comes to the Father except through me.”

What remains is the question of the nature of freedom. The shape and content of the passage offer some possibilities. We could reasonably argue freedom is less of a destination than an ongoing way of life. It is the reward of those who continue in the word. It is a disciplined departure from what might have been more comfortable but ultimately less rewarding. We could also understand freedom as a transforming state of mind, an emerging perception of a situation in need of renewal. The pursuit of freedom necessitates an awareness that one is somehow unfree, even if it is not immediately obvious.

We can point to obvious examples of confinement and captivity. In the United States, we observe the lingering specter of mass incarceration and the prison industrial complex, in which prisoners’ labor and confinement produce significant profits for massive corporations. Such confinement is never simply a matter of material conditions or bodily autonomy. Rather, such spaces socialize people to understand themselves as captives, as numbers within a sprawling system rather than individuals with identity and purpose. A particular struggle ensues when it comes to reentering the larger world; the physical confinement has ended, but the spiritual and mental restoration are ongoing.

What becomes of us who perhaps have not known incarceration, but have certainly been socialized into routines of unfreedom? Do we recognize our patterns of unthinking consumption, our habits of emotional coping, our slow descents into spiritual numbness? We cannot speak of freedom without first confronting the state of our being. We must tell the truth about what ails us. And we must become co-laborers in securing our own independence.

Returning to the theme of Reformation, Martin Luther’s bold statements can be understood as a pursuit of freedom from what ails the soul. His opening words clarify that he writes “[o]ut of love for truth and from desire to elucidate it.”2 Indeed, we may find freedom in the pursuit of truth, but it certainly does not come cheaply or easily. The struggles of the Reformation have never ended; they have simply changed in form. Our present task may well be to overcome the illusions of autonomy and give ourselves over to the work of making freedom daily.

Give ourselves over to the work of making freedom daily

It is difficult not to wonder when God will cause that war to “cease,” to “shatter” and “break” the weapons of the aggressor