Who are the innocent who must suffer because of the sins of the powerful in this time and place? 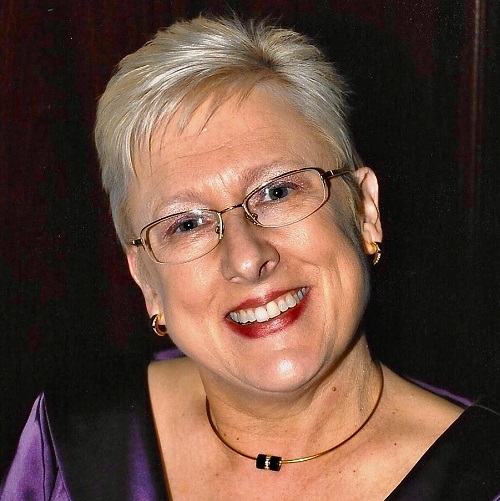 Today’s text selection contains a fascinating scene that reveals a great deal about both Abraham and the Holy. It also provides a necessary preface and key to understanding the story of Sodom and Gomorrah in Genesis 19. We learn that the Divine is willing to negotiate with humans on matters of justice and may even change the Holy’s mind by convincing arguments. We see that Abraham is ready to take on the Holy on behalf of the vulnerable when they are in danger of being harmed by the actions of others. By reading this selection from Genesis 18, we can better understand the destruction of Sodom and Gomorrah because there were not even ten righteous persons found within them.

After his guests have eaten, drunk, and rested, Abraham escorts them to the road, and they depart on their way to Sodom. The lectionary omits the next two verses, which contain an internal dialogue of the Holy about whether to tell Abraham about what will happen to Sodom and Gomorrah. The Divine’s conclusion is to inform Abraham because he has been chosen “that he may charge his children and his household after him to keep the way of the Lord by doing righteousness and justice” (Genesis 18:19a). One wonders if the Holy is having some doubts about the possible destruction of these cities and seeks out Abraham as an accountability partner.

We read that the Holy has heard the great outcry against the sins of Sodom and Gomorrah but no specifics about the nature of their wickedness. The Divine is not satisfied with just hearsay and sends a reconnaissance team to see if things are really that bad. It is interesting that even the Holy does not rush to judgment without a firsthand accounting of the situation. There is a lesson here for us. Humans are often too quick to draw conclusions and act without finding out the truth for ourselves. An example of this shortcoming is some people’s continued misunderstanding of Genesis 19 as being about homosexuality based solely on what others have told them about the story.

We have yet another statement about the departure of Abraham’s guests, with two of them heading to Sodom, leaving Abraham and the Holy alone. One must remember that, although the text seems to imply that the Holy was one of Abraham’s three visitors, there is no reason to read the passage literally, suggesting that the Divine appears in human form. The important point is that Abraham and the Holy can now have a private conversation.

The remainder of Genesis 18 contains the exchange between Abraham and the Divine, or perhaps it would be better described as a debate or at least bargaining. Aware of the potential destruction of the two cities, Abraham begins with a question for the Holy: “Will you indeed sweep away the righteous with the wicked?” Abraham’s inquiry is a challenge to the Divine sense of justice. Is it just that innocent people suffer for the sins of others? Abraham is questioning the Holy’s integrity. What will it take to change the cities’ fate? In the ensuing exchange, Abraham gets the Holy to agree that if just ten righteous people are found within the towns’ borders, the Divine will spare them.

While some might find it shocking for Abraham, a mere human, to engage in such a debate with the Divine, this is not uncommon in the Hebrew Bible. After the golden calf incident in the wilderness, Moses convinces the Holy not to destroy the Israelites by appealing to the Divine ego (Exodus 32:9-14). In the Psalms, many of the laments call the Holy to task for not keeping the covenant (for example, Psalms 44 and 74), and the bulk of Job contains a righteous sufferer’s accusations directed at the Holy. Later in Genesis 21, Abraham will challenge the Divine about sending Hagar and Ishmael away. These and other texts indicate that arguing with the Holy is not only acceptable but also expected.

One might wonder if Abraham’s motivation to stay the execution of the innocent in Sodom and Gomorrah is based solely on a sense of justice. After all, his nephew, Lot, had settled in Sodom, and Abraham may be acting out of a sense of familial obligations. However, this does not seem to be the case later, when Abraham does not question the Divine’s command to kill Isaac (Genesis 22). In this story, Abraham plays the part of the Defense Attorney for the righteous few daring to question the ethics of the Holy.

One way to approach this text would be to find possible correlations between the ancient story and the 21st century. Who are the innocent who must suffer because of the sins of the powerful in this time and place? There are far too many examples of people who bear the results of decisions made by government leaders to go to war or by their political posturing. When the greed of the privileged drives up prices for the essentials for survival, those on the lower end of the income scale pay the price. Future generations will bear the brunt of our failure to be good stewards of the creation that the Holy entrusted to us. Who else in your community is unfairly burdened by the choices of the powerful?

Despite his other faults (for example, allowing Sarah to be taken by another man twice), Abraham in this passage exhibits a concern for justice and the audacity to take on the Almighty in defense of vulnerable people whom he does not even know. His actions could inspire us to ask questions of ourselves. Who are we willing to go toe-to-toe with the powerful on their behalf? What persons or groups are we ready to take risks to ensure they receive justice? At times, we may need to challenge the Holy about the suffering of the innocent. Even though Abraham’s negotiation did not spare Sodom and Gomorrah from destruction, such attempts to protect the rights of others are worthy of our time and energy.

The foundation of this relationship is generosity and confidence

Who are the innocent who must suffer because of the sins of the powerful in this time and place?

God’s love for them will nevertheless endure