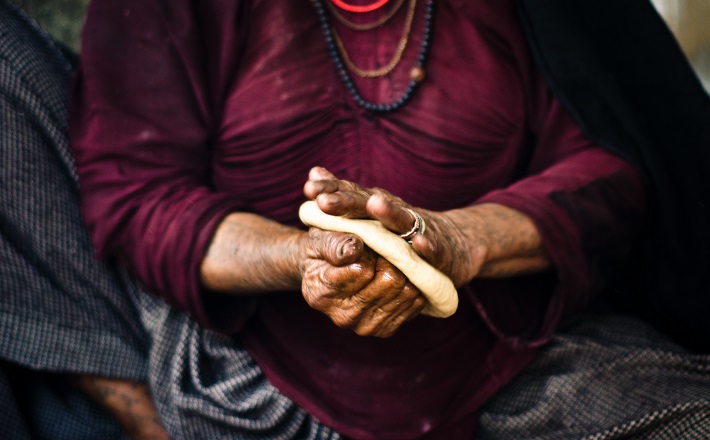 However, when the family gathers for holidays at our home, I often end up assuming the role of meal-planner and cook. Perhaps that is simply because around those Easter, Christmas, and Thanksgiving holidays my academic schedule tends to have a break, unlike my wife’s pastoral schedule. I don’t mind being busy in the kitchen. I can hear the kids and the grandkids in the next room (at least, some of the time). I can interject now and then. There is food to prepare, and dishes to get out of the way afterward. That work is one way my love expresses itself.

Yet, I know I’m missing some important things happening in the next room. Even if that scenario doesn’t sound familiar to everyone, I suspect that most people frequently experience vocations that seem at times to be in conflict: the joys and responsibilities of being someone’s child, and someone’s spouse, and someone’s parent, and someone’s grandparent, often at the same time.

So, let’s not be overly-critical of Martha. By all means, let’s not make her into a caricature: a cartoon woman overly concerned with silly womanly things. Jesus, earlier in Luke 10, sent out 70 disciples and told them to expect and accept hospitality from others. Isn’t Martha precisely the sort of host that Jesus had promised? Later in the Gospel, when those closest to him begin to argue about which one of them is the greatest, Jesus will define “great” discipleship and even his own ministry in terms of serving others (Luke 22:24-26), using the same vocabulary that here describes Martha. We ought to be careful about how we portray Martha as we preach from this text. There is nothing inherently wrong with attending to her tasks. Indeed, they are an image of discipleship.

We don’t need to reject Martha in order to understand Luke’s point about Mary, who is portrayed as a disciple sitting at the feet of Jesus and listening to him. She violates the cultural expectations in ways that Martha does not. This is the sort of thing that Jesus does, breaking the cultural constraints and setting people free for the kingdom. That’s necessary if we are actually going to love our neighbors and love God. It has happened (and must continue to happen) in the face of slavery, and racism, and sexism, and homophobia. The church needs to be set free for such faithful listening and discipled violation of cultural assumptions so that we can love the strangers and sojourners among us, so that we can love our Muslim and Hindu and atheist neighbors, so that we can sit at the feet of Jesus and hear what he has to say to us.

If we are overly critical of Martha, we may end up with an image of faith that never actually does anything for anyone else. As many commentaries mention, the preceding story of the Good Samaritan (the previous Sunday’s reading in the Revised Common Lectionary) and this text need to be understood together. The Samaritan embodies love for the neighbor; Mary embodies love for God. Both the Samaritan and Mary are socially disqualified from being models of anything good according to the norms of their culture, and yet they are both images of the kingdom which Jesus brings. Both are needed to complete the discipleship Jesus calls for: to hear God’s word and to do it (Luke 8:21). We need the “go and do likewise” of Luke 10:37, and we need to remember that sitting as a disciple to hear the word of Jesus is a gift not to be neglected or taken away.

We don’t need to reduce Martha to a silly, distracted woman to grasp the text’s affirmation of Mary. So, how do we understand Martha’s actions, and the gentle rebuke that Jesus gives her? We could suggest that she seems to be trying to make her own way of serving necessary for someone else, and that’s always a temptation we face. When we do so, we reject the gifts and the calling that God has given to others, and assume that God’s grace is simple rather than the actual richness of the Spirit’s work.

Or we might say that Martha allows social assumptions to take precedence over the urgency of the kingdom that is sitting right in front of her. Even here, though, we ought to realize the ways in which Martha herself is breaking social conventions and making room for the kingdom. It is into her house that Jesus is welcomed. This is the only story in which Martha or Mary appear in Luke, and there is no brother Lazarus mentioned here as he is in John’s Gospel. Martha seems to be the owner and head of this household, and welcomes Jesus as his host without the typical paterfamilias oversight. If we want to say anything about the problem with Martha’s actions, it might be best to say that Martha only sees that she needs to provide for Jesus, when in fact it is Jesus who is providing the one thing needed — indeed, who IS the one thing needed. Martha fails to recognize how Jesus is the host wherever he is.

It is difficult to move from the role of provider to being someone who receives a gift from the other. That often leaves us feeling too vulnerable, too little in control. And, after all, holiday meals need to be prepared and dishes need to be washed. But to receive the gift of a child’s presence, a grandchild’s hopeful invitation to put down the tasks and to play, is far more needed, and never to be taken away. Jesus comes to turn us from important but secondary things, and as the gracious and loving host to turn us to himself. There is no question here of “what must I do to inherit eternal life?” (Luke 10:25). The “better part,” which will not be taken from us, comes as a gift.