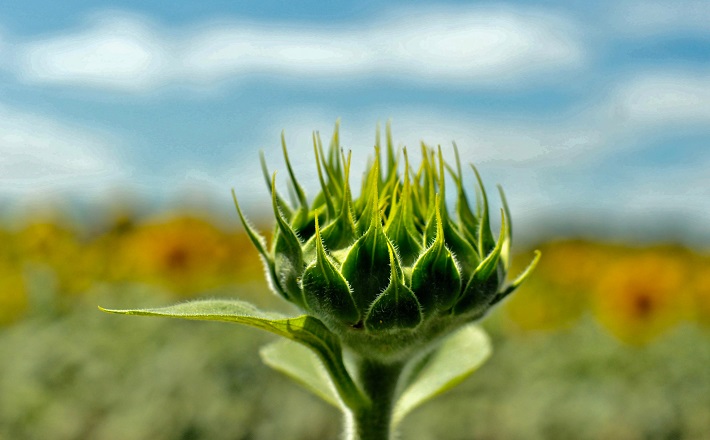 So it is, also, in the parable of the sower.

Soil, like human beings, is shaped by its environment. So, if soil is walked on over and over again, beaten down so that it becomes packed hard, it is no longer fit for the planting of seeds. We see this in the human community too. People who have been walked on over, and over, and over again often develop a hardened exterior to protect themselves. Rocky soil, says Jesus, describes those who lack the staying power to deal with—well, rocky ground. When the going gets rough, they go into retreat. The soil filled with thorns easily translates into our overcrowded lives; there is no room in an already overplanted plot for anything more, even with double-digging the beds.

And the good soil? It would be nice if it were as simple as buying a bag of ‘good soil’ at the gardening center. A gardener will tell you, however, that good soil takes years to cultivate. It must be fed, nurtured by the remains of plants that have come and gone. It must be worked and reworked so that it becomes supple, but not worked so hard that its structure is broken down. And it must be replenished, as seeds grow and draw on its nutrients. Good soil can develop in nature, as years of leaves fall and dissolve into the earth. Good soil can also be the work of gardeners, who tend the soil as carefully as they tend the plants.

The parable, of course, doesn’t say anything about gardeners—only sowers. Scattering seed was (and in some places still is) a relatively efficient way to plant a large field of grain. In the Hebrew Scriptures, God is depicted as one who sows (Jeremiah 31:27-28; Hosea 2:21-23). In Matthew, it is Jesus who sows the “word of the kin(g)dom” and it is the disciples, too, who will become sowers of the word.

The lectionary leaves out the verses that link the parable (13:1-9) to its explanation (3:18-23), in part (no doubt) because it makes for a very long reading, but I suspect also because verses 10-17 make it a much more complicated story. In these verses, the disciples ask Jesus why he speaks to the crowds in parables and he replies, in effect, that those who are confused or confounded by the word of the kin(g)dom will never understand. This harsh response, it has been suggested, is intended to explain why the word, spread so freely and widely, hasn’t attracted a large following.

Why this might be the case becomes clearer when we examine to what the “word of the kin(g)dom” refers. Although the phrase occurs only once in the Gospel of Matthew (13:19), it may be understood as a parallel to the phrase the “good news of the kin(g)dom” (Matthew 4:23; 9:35). Notably, it is the only Gospel that speaks of a “kin(g)dom of heaven.”

While we set about cultivating good soil, we are not without hope. It is true that seeds landing on hard or rocky ground stand less of a chance of gaining root and thriving but it does, sometimes, happen. There are remarkable pictures of trees growing out of rocks and flowers that push up through the pavement. These tenacious plants offer signs that the word of the kin(g)dom will continue to find a way to grow even on the days when we feel beaten down, or overcome by thorns, or at our rockiest.