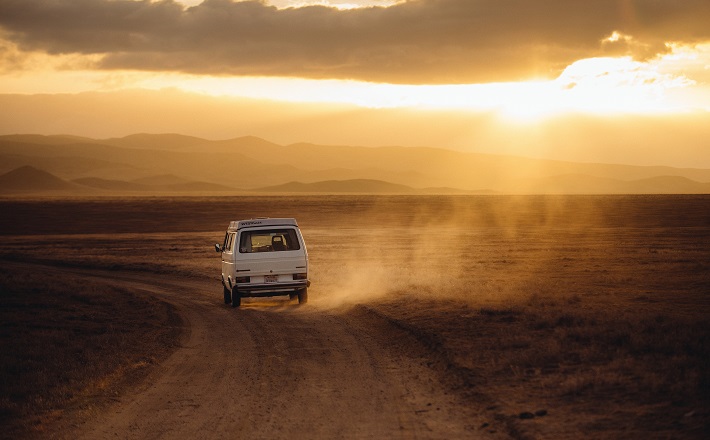 "He went to him and bandaged his wounds ... brought him to an inn, and took care of him."Photo by Forrest Cavale on Unsplash; licensed under CC0.
July 14, 2019

It draws its audience in and invites them to be a part of the action of the story. It lures some preachers into thinking that the sermon will simply manifest itself, leaving us to stare at a blank screen later in the week than we had intended. Whether this scenario applies to you or does not, the challenges this parable presents to preachers are manifold. Sometimes the paved paths lead us into the ditch on the road between Jerusalem and Jericho.

Preachers are not the only ones to find themselves in the interpretive ditch. The lawyer who approaches Jesus “in order to test him,” comes with questions to which he seems to already know the answers. The teacher — perhaps infuriatingly — does not answer him directly, but responds with his own questions before offering any answers. The lawyer correctly answers Jesus’ question about the law, offering Deuteronomy 6:5 and Leviticus 19:8 as his answer. Relationship with God extends outward toward one’s neighbors. The debate looks as though it will end at verse 28 when the lawyer has the answer to his initial question. The question “Who is my neighbor?” seems to be a genuine question. Were his neighbors those in physical proximity? Were his neighbors those in social proximity? How can he be sure that he is caring for his neighbors properly? The lawyer has discovered another interpretive ditch in his question of how far this neighborly love extends.

Jesus illustrates his answer through a parable, a useful tool for reinforcing messages elsewhere in Luke (for example, Luke 4:16-19). Despite the improved infrastructure brought to Judaea during Roman Rule and claims otherwise (see Res Gestae 25-26), bandits remained a constant threat on the wilderness roads. The man on the side of the road probably would have been no more of a shock to first-century audiences than to twenty-first century ones. The Samaritan, from a people group who trace their ancestry back to Jacob and uphold the Torah, was the person who followed the call for the Torah to care for others when the audience may have expected the priest or the Levite to be more likely respondents to the man in the ditch. This expectation would have likely been heightened by the tensions between Jewish and Samaritan groups in the ancient world, which are documented by the ancient historian Josephus.1 Though some commentators appeal to the importance of ritual purity for the priest and the Levite, Amy-Jill Levine challenges this notion: “Neither [Jesus nor Luke] gives the priest or Levite an excuse. Nor would any excuse be acceptable.”2 Though they are clearly not the protagonists of the story, the priest and the Levite tell a truth that is important to hear: They had the Torah; they knew the calls to care for those in trouble; they had their own “go and do likewise,” but — for whatever reason — passed by the man. Perhaps the shock of the narrative is the unlikely protagonist. This shock ought not overshadow that the priest and the Levite — who likewise have a call to care for others — passed by.

The shock that hits closes to home, however, is how frequently we are the ones who pass the other by. The command to “Go and do likewise,” extends about as far as the end of the story for modern hearers, landing us in the ditch between knowing the Samaritan and his compassionate generosity are set forth as an example and our tendency to ignore the cries of the downtrodden and disenfranchised. This tendency is exemplified strikingly in a video published by Character9 in 2014.3 For the project, one family member was transformed to appear as though displaced, and the video captures another family member walking by without noticing their kin on the street. While it might be argued that the lack of context precipitated the failure to recognize one’s own family on the street, the directors of the film provide a memorable indication of how easy it can be for us to pass by another person. What the film does not tell us, however, is how the family member who appeared as though displaced felt.

The command to “Go and do likewise” presents a tantalizing invitation to preach the call to care for the downtrodden and disenfranchised. It is a fine invitation, and — along with the innkeeper — we are drawn into the care for those in the proverbial (or actual) ditch. There is also an invitation, however, that comes to the preacher from the man in the ditch. The man in the ditch reminds us what it feels like to be forgotten by others — and perhaps even God. The feeling of loneliness and forsakenness invites compassion and empathy for all who experience it.

And Jesus is in, with, and under it all. On a narrative level, Jesus is the one who tells the story. On the theological level, however, the image of God is borne by the one in the ditch. The image of God is reflected by the one who shows compassion and mercy. Those who pass by also bear the indelible mark of the Creator, inasmuch as the Bible reminds us that even when we turn away, God draws near to us. Maybe God — through Christ — comes to us as the one in the ditch or maybe as the one who shows compassion and mercy; perhaps God even comes to us as a reminder that the call to care for others frequently goes unheeded as we pass by the cries of those in need of help.

The Parable of the Compassionate Samaritan preaches from the ditch, binding us up and implicating us at the same time. It is also from the interpretive ditch “And who is my neighbor?” that the lawyer emerges at the end of the parable, correctly answering Jesus’s question.

I am not sure why those who provided us the Revised Common Lectionary texts began this week’s passage in the middle of a thought by beginning with verse 9.

Amos and Amaziah offer a cautionary tale for contemporary preachers.

Psalm 25 is an alphabetic acrostic poem. Though its structure is obvious in Hebrew, it is obscure in translation.

This week begins a series of four readings from Colossians that are appropriate for “ordinary time,” the season after Pentecost.
Print All Text Print All Commentary