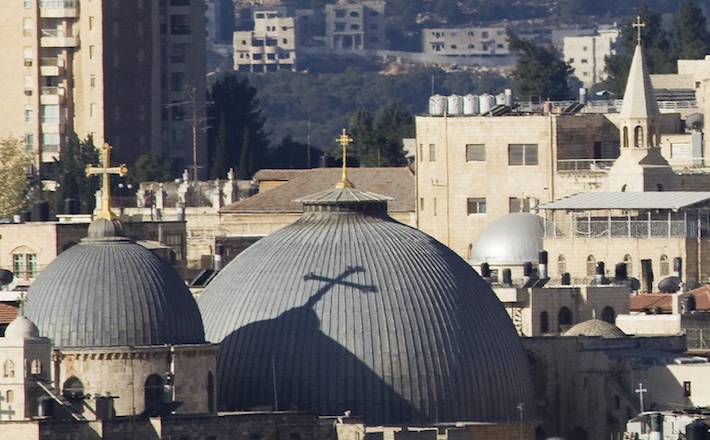 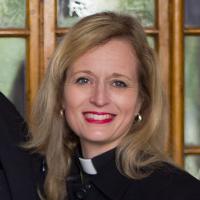 And the prizes! Who could resist a plastic kazoo, a brightly-colored bookmark, a lollipop — the sweet rewards for rote learning of Holy Scripture.

As a seven-year-old child, I dutifully memorized and recited John 3:16, using the best King James language I could muster: “For God so loved the world, that he gave his only begotten Son, that whosoever believeth in him should not perish, but have everlasting life.”

“Whosoever believeth … should not perish.”

Eighty-four times, in the Gospel of John translated into English, does some variation of the verb “believe” appear. Contrast this with the other three Gospels combined, in which belief/believers appears only thirty-one times. Clearly, the Johannine author seeks to stress the significant concept of belief in the life of a follower of Jesus Christ — not simply in this verse, but throughout the Gospel.

But what is the nature of this “belief” without which we will perish?

Is belief synonymous with strict adherence to thick theological doctrine? Publicly-declared acceptance of a carefully-delineated faith tradition? A warm feeling in the heart, a clear-headed logic in the mind? A decision made of free-will? A gift of the Holy Spirit?

And why is the writer of this Gospel more concerned than the others with foregrounding the importance of belief?

These are not simply theoretical questions meant for dusty library debates. In emergency rooms, at funerals, in the push-and-pull of parish life, the men and women in our pews struggle with these questions, and the nagging doubts: do I believe? Do I believe enough? What about my loved ones who don’t profess belief? Will they perish? The Bible says so, doesn’t it?

Preachers, we might be inclined to skip on ahead to verse seventeen in order to reassure our listeners of the beneficence of God: “God did not send the Son into the world to condemn the world, but in order that the world might be saved through him” (John 3:17).1

But we do a disservice to the Word of God and we are not serious theologians if we do not engage with the text of John 3:16. There are those passages, or portions of passages, that we might wish to avoid. This ubiquitous text demands a compassionate, informed, and nuanced reflection, a careful and thoughtful proclamation of the gospel.

To begin, consider the original meaning of the Greek word translated as “belief” or “believe”: pistis/pisteo. “Pisteo” is fully grounded in relationship. To “believe” is not simply a mental exercise, but “an all-embracing relationship, an attitude of love and trust in God.”2 The connection between God and humanity is central to the notion of “pisteo.” The growing relationship between Jesus and the community, the signs and wonders which permeate the Gospel of John (2:1-11, 4:43-54, 5:1-9, 6:1-5, 6:16-25, 9:1-41, 11:1-44), and finally the eschatological event, embolden and enable such belief.

Immediately prior to this lectionary text, the encounter takes place between Jesus and Nicodemus. The relationship of the incarnate God and the man Nicodemus is tenuous at best; not well-developed. And their conversation concludes with Jesus asking a question of Nicodemus, a question that hangs between them, unanswered: “If I have told you about earthly things and you do not believe, how can you believe if I tell you about heavenly things?” (John 3:12). Nicodemus is not grounded in a trusting relationship with Jesus.

We are created for community, as evidenced throughout all of Scripture, beginning with the creation story in Genesis and concluding with the thronging multitudes in Revelation (7:9). Without relationships and community, we are destined to perish. Although our society often trumpets the merits of rugged, meritocratic individualism, none of us survive in isolation.

Our deepest, truest bond is that which we have with God-made-manifest, Jesus Christ. As we grow in that dynamic relationship, as we witness the wonders and miracles, our “belief” grows. In a vacuum, devoid of agape love, we languish. Perish, perhaps.

The homiletical significance here is clear: we need not focus, nor encourage our congregants to focus on a dry, confessional system of rules and beliefs. Instead, the living water, the light of the world, the good shepherd who tends the sheep, beckons us into the most trusting of covenantal relationships. Just as our bodies require water to live, to avoid perishing, so our souls thirst for the living water, the relationship with our Creator.

All too often, John 3:16 is used to bludgeon non-believers. That’s not good, and it is as senseless as running around and threatening human beings that without water, they will die. Of course we will perish without water — and so our good God provides water and, moreover, the thirst which drives us to it.

1 Of course, John 3:18 further muddies the waters, but is not included in the lectionary of the day.

Lutheran Church of the Redeemer