Fourth Sunday in Lent (Year A)

Ephesians focuses heavily on discipleship: how we should live in light of the grace that has been given to us in Christ Jesus.1 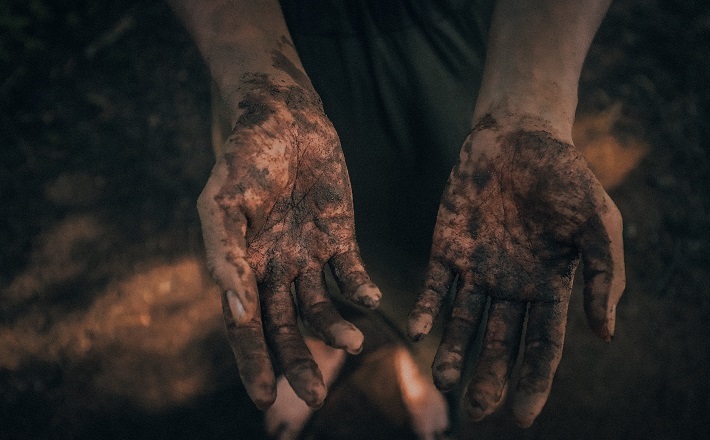 Ephesians focuses heavily on discipleship: how we should live in light of the grace that has been given to us in Christ Jesus.1

The author of Ephesians, whose identity is a source of great scholarly debate, spends much of this circular letter to the churches counseling the churches on the ethics that follow from the ecclesiology in which the church is adopted into the family of God.

In today’s proper, those ethics entail how one should walk, or in as some translations read, how one should live. The author contrasts what it means to walk as children of light and as children of darkness. Light should be understood, here, as the opposite of “this present darkness” (Ephesians 6:12). “Darkness,” the current state of affairs under which the Christian churches find themselves, is a state of affairs not so much dictated by persons and personalities but by “cosmic powers” and “spiritual forces of evil” that work to the detriment of the early church. Note that the author to the Ephesians does not choose to vilify any particular human being as the source of the church’s troubles, but rather sees the difficulties that Christians faced as a battle between forces of good and evil. Indeed, two verses after this proper, the author warns the early churches that “the days” in which they do ministry “are evil.”

Ephesians is an example of advice to communities trying to find a third way between the realities of Gentile paganism, the majority religiosity of the ancient world, and the church’s foundation of monotheism. A majority of scholars hold that this letter is written by a pseudonymous author in place of Paul; if this is the case, then the primary struggle to bring together Jew and Gentile in Paul’s early letters has been resolved and a new culture has been born, a culture that is an amalgamation of the two previous cultures. The author counsels his audiences to turn toward this culture rather than to be influenced by the external culture of the world around them, which the author calls “darkness.” The advice, here, seems particularly aimed toward Gentiles who have become Christian, those more likely to be wooed back into the “mainstream” of life.

Instead of being wooed back into life, the author of Ephesians seeks to set boundaries and ethics for life together as a community of faith, boundaries that call community members to pursue goodness, justice (or righteousness) and truth. Part of that pursuit includes not only following truth, but truth-telling: exposing that which is false or secretive to community discernment. One can understand, in light of the likely fragile nature of a community built around multiple ethnicities and cultures, the need for honesty, forthrightness and transparency in community dealings. Such an ethic would be critical for the survival of the “blended family” of the early church.

Critical to the author’s argument for a community ethics of transparency, honesty, justice and goodness, is the assertion that the entire community are a part of the same family: in this case, “children of light.” There are many other places where the author uses kinship imagery in Ephesians to refer to the members of the churches: adoption (1:5); inheritance (1:11); members of God’s household (2:19), etc. This is but one example. In this instance, the author argues that if your parent is light, you should resemble your parent in how you live: exposing what is secretive and false and showing what is good and just and truthful to the world.

In addition to the metaphor of family, the author also uses a metaphor of resurrection, one that speaks to a current state of resurrection rather than a future resurrection. The children of light are also called those who have been resurrected out of those who are dead, presumably their non-Christian context. Again, the author is pushing the churches to turn toward the community of faith for a source of ethics, rather than turning toward the world in which they live.

Preaching this epistle requires a delicate balance between uncritical Christian insularity and a complete refusal to admit the evils of this present age. Many Christians err on the former side, fearing any substantive interaction with the contemporary age, lest its scientific disciplines call into question the pre-modern understandings of the created order in the Bible.

Many others err on the latter, unable to critique a culture into which they are so immersed that they see all of it as normative and wholly good. The author of the Ephesians clearly leans toward the first of these groups, but the household codes (slaves obey your masters, etc.) that end chapter five and continue in chapter six belay an accommodation with the world that some today will find to be surprisingly uncritical.

For the preacher, the balance may be found in understanding that “children of light” is but one metaphor for the church, akin to that of “citizen with the saints.” That is, the author of Ephesians is arguing that being a Christian in a non-Christian (or today a post-Christian) world should cause members of the church to act differently: to tell the truth, to push for justice, to uphold goodness regardless of the norms of the society at large. Members of the church are to live as those who have already been raised from the dead in a world focused on prolonging youth and life.

This passage will be heard 14 days in advance of the 52nd anniversary of the assassination of Martin Luther King, Jr. (April 4, 1968). King was one who called the church to repent not only for the actions of those with evil intentions but for the “appalling silence of the good people.” Like King’s “Letter from a Birmingham Jail,” today’s proper challenges preachers to ponder what it might mean for “good people” not to be silent  in “this present evil age,” but rather to live openly as children of light called to goodness, justice and truth-telling.

Discussion Questions for Lent 4A