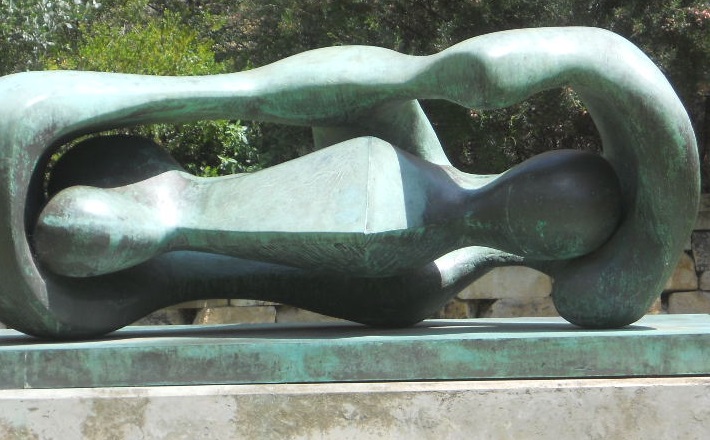 God’s providential rescue of Moses as an infant eighty years before (Exodus 2:1-10) preceded his commission. God likewise refers here to Jeremiah’s prenatal calling (Jeremiah 1:5; see Psalm 71:5-6). Like Moses, whose many objections include his own ineloquence (Exodus 4:10), Jeremiah protests that he does not know how to speak (Jeremiah 1:6).

As with Moses, God does most of the talking, describing sending Jeremiah and giving him words to speak, though not yet mentioning that, like Moses, Jeremiah would be addressing rulers. Like Moses, Jeremiah is appointed the task of nation building (4:10). Like Moses, he is given a preview of the rough path ahead. As with Moses, a foreign oppressor will figure prominently in the story. But whereas Moses’ God fought the Egyptians to free the Israelites, in Jeremiah’s time God will use the Babylonians as tools in a conflict with the Israelites themselves. Ultimately, though, Jeremiah’s calling, like Moses’, serves to bring the nation to a better place.

This passage, placed on the fourth Sunday after Epiphany, accompanies the story of Jesus’ own announcement of his ministry in Nazareth, and of his near demise at the hands of townspeople (Luke 4:21-30). Like Jeremiah, Jesus is understood as a prophet (Jeremiah 1:5; Luke 4:24). Like Jeremiah, he is questioned and rejected by his own people, who attempt to kill him, though he survives to continue preaching (Luke 4:29-30). Like Jeremiah, Jesus gets into trouble over foreigners (Luke 4:25-27).

In short, Jeremiah’s calling distinctly echoes the story line of Moses, and is in turn echoed by that of Jesus. At least according to one prominent biblical stream, therefore, to speak prophetically is to follow God into a calling one would not necessarily have chosen, saying and doing things that anger one’s own neighbors, things that, though supported by God, will only be seen as fruitful later on, following trials and tribulations. No wonder Moses and Jeremiah hesitated.

Prominent change agents throughout history have encountered similar scenarios, whether they viewed themselves as sent by God or not, whether they would have retold their own beginnings in similar ways or not. Some more or less universal themes emerge among such leaders: their vocation as an outgrowth of early experience and sensibilities; a sense of humility before a task that is unwieldy precisely because it is innovative, precisely because it does confront entrenched but unjust societal norms, precisely because the job description cannot be found as such in any vocational counselor’s manual.

I cannot count how many times aspiring divinity students have related similar stories to me, often with direct quotes from God in dialogue with themselves as Jeremiah does here. The themes are usually the same — they wanted to do something else, but God dragged them kicking and screaming into ministry, over strenuous objections and sometimes after many years. Very few tell stories like that of Isaiah who, in stark and often unnoticed contrast to Jeremiah and Moses, volunteered with his hand held high (“Pick me! Pick me!” cf. Isaiah 6:8). Nor do they note that Jesus himself never raised any objections to his calling, nor did Paul, nor did Mary, nor did, before them, Noah, Abraham, Isaac (who really should have), Jacob, Joseph (who seemed to thrive on ambition), Deborah, Esther, or Judith.

I have often wondered what experiences, or perhaps anxieties, underlie these contemporary narratives. Does the belief that God overrode rational objections justify uprooting a young family or taking leave of a promising job or, perhaps, of one’s senses? Is the claim that this was God’s choice and not their own a no-fault clause in case things go badly? Or is it sincere deference to divine will and preparation to follow through in work that, like all work, will prove demanding? I like to think the latter. But though I rarely question their stories, I worry that narratives in which God speaks so explicitly — more explicitly, I must admit, than I have ever been talked to by God — may set some people up for faith crises when doors to ministry fail to open.

A major difference between the prophets Moses and Jeremiah and most of these aspiring pastors is, as I hinted at above, that the biblical figures were not called into any predetermined career path. They were called by God to break new ground with creativity, over objections, with no certainty except the word of God, with which they argued constantly not only in the beginning but throughout their lives. A further distinction between the biblical figures and most contemporary pastors is that they received no salary, benefits, and retirement for what they did.

Most people I have ever heard speaking of their start in vocations similar to those of Moses and Jeremiah begin not with a burning bush or an audible voice, but with a deep conviction that whatever else they may do, and no matter how they might or might not establish their 403Bs, it is the task itself that draws them in. Eula Hall, who describes herself as a “hillbilly activist,” an Appalachian woman with an eighth-grade education and a burning sense of purpose, told me many years ago how she came to found the Mud Creek Clinic in southeastern Kentucky to provide health care for the poor: “I looked, and I said to myself, ‘taint right like this, no medical service here, taint right. Somebody needs to act.’ I guess that somebody was me.”

1 This commentary was originally published on the site on February 3, 2013.

The whole passage (Luke 4:14-30) is structured around a pattern of proclamations by Jesus and responses from the hometown synagogue audience.

In the well-loved Traveling Mercies: Some Thoughts on Faith, Anne Lamott writes:

This is perhaps the most widely recognized and quoted passage anywhere in the Pauline letters, which poses both a challenge and an opportunity for preachers.
Print All Text Print All Commentary