This is one of my favorite passages in Paul’s letters. 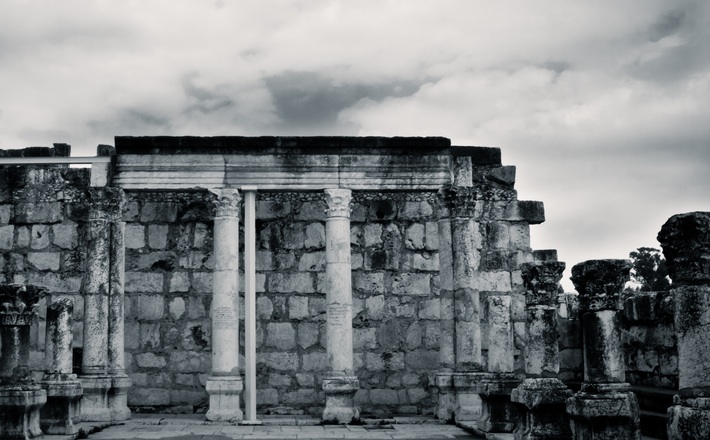 This is one of my favorite passages in Paul’s letters.

It gives us access to a concrete situation in Paul’s communities, and gives us some sense of how Paul thought and what he decided to put first in his dealings with his communities. It is even more accessible to us because in a sense the problem that Paul discusses here is an issue that is somewhat irrelevant for at least western Christianity, since food sacrificed to idols does not play an important role in our daily life. Thus, one can be dispassionate about the actual difficulty that Paul is trying to solve, and one can instead focus on Paul’s argumentation.

For the community in Corinth, the problem is as follows: once the animals were sacrificed during pagan rituals, the extra meat was sold in markets. As a Christ believer living in Corinth could one buy and eat this meat? Corinth was known in the first century as the quintessential pagan town, and it would have been difficult for Christ believers in Corinth to live in a manner completely separate from the world around them. When Paul deals with the community, he always tries to establish a behavior that takes into account both the fact that the Christ believers live inside the world, but are also clearly separate from it.

The passage gives us a glimpse in the manner in which Paul understood the world, and in particular the space between God and human beings. One sees first, from 1 Corinthians 8:4-5, that Paul is aware that in the world surrounding him there are plenty of gods and lords. In this case, he is probably thinking of the pagan gods, and heroes, although Judaism also had its categories of beings between God and human beings (angels, demons, powers). In 1 Corinthians 10:20-21, Paul actually explicitly identifies these gods and heroes with demons. Paul does not give credence to these gods, since for him (and for other Jews with him) there is only God.

Yet, he recognizes that these gods are here, even though they play no role for him. It seems that for some of the Corinthians at least, knowing that these gods and heroes are not the true one God was sufficient to allow them to eat sacrificed meat without feeling guilty about it. One can tell that this is also in fact Paul’s position: since these gods are not the one true God, eating meat that had been dedicated to these gods is indifferent. It does no prejudice to the God of Israel.

Knowledge is not enough

However, Paul does not establish this knowledge as something that is the ultimate criterion to decide how to behave. Paul never conceives of the Christ believer as an independent individual who would take decisions that involve him or herself only. Quite the contrary in fact. For Paul, the Christ believers are first and foremost involved in a community. They are enmeshed in a network of relationships that connect them to other Christ believers. This interconnectedness is precisely the ultimate criterion for Paul. How one’s behavior will influence the behavior of others is paramount.

Hence, even if one knows that it is in fact not a problem to eat meat sacrificed to idols, one should not place one’s correct knowledge above one’s implication in the community. The good of the community comes before anything else.

Love is the ultimate criterion

Thus, love for the community, what is surmised under the word agape in Greek, is what should guide one’s actions. The Christ believers’ freedom is limited first of all because the Christ believers belong to Christ and are thus enslaved to Christ, but also because they are part of a community. In this community, it is the opinion of the ones less certain in their faith that need to orient everyone’s decisions. This is indeed how love should be understood in the Christ believers’ communities. Love in this context is of course not a romantic feeling, but it is also not some sweet, affectionate type of feeling. Love when it comes to the community is an active feeling that must be translated into acts and actions rather than in good feelings towards the others. For Paul, love in the community does not necessarily mean that you have to like the other people in the community, or that you have to agree with what they decide or how they understand the world. Rather you have to modify your own behavior in order to protect them and to make sure that they are not offended by your own behavior.