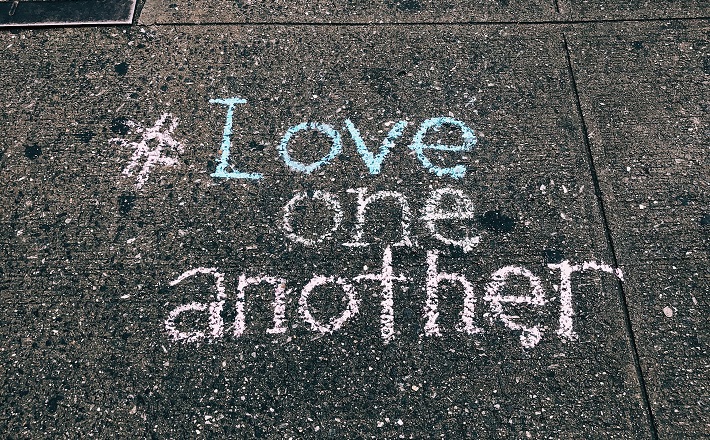 We need to remember that Peter has already had his world view rearranged by a vision from God in Acts 10. He has already gone to Cornelius’ house. There he learned that God hadn’t waited for the church to figure this out, but had already visited that Gentile in a vision of his own. Peter had then preached the good news of Israel’s Messiah, Jesus, to that household that was not a part of Israel. The Spirit had been given to them before Peter could even finish his sermon, in power and clarity indistinguishable from the Jerusalem church’s own original experience (11:15). At that point, Peter had done what seemed obvious to him in the moment, but which seemed like reckless border-deconstruction to those in Jerusalem: he had baptized everyone in sight, the whole Gentile household.

It may not have been the preaching or the baptizing which most bothered those in Jerusalem. The criticism lodged in verses 2-3 addresses another boundary that had been crossed: “Why did you actually eat with those people?” Sharing a table with others holds great power. It can, and maybe always does, indicate some level of acceptance, support, and partnership with them. Perhaps that is why family gatherings around holiday tables can be so profoundly rich and so profoundly difficult. For Jews within the Roman Empire, practices of food and table had been an important part of maintaining identity within a context which included constant pressure to assimilate to the majority culture. To those serious about Israel’s covenant, eating with Gentiles carried a whiff of idolatry.

It might have been understandable to preach the good news to these Gentiles. It might even have been acceptable to baptize the household, especially if the Spirit was as evident as Peter alleged. However, those in Jerusalem apparently did not agree with Peter in how to interpret, and even more importantly how to embody, what this event meant.

Baptism admitted these Gentiles into some level of belonging, but if they were going to be treated as equals at the table, then they should alter their behavior to respect the traditions and practices of Israel. The church should certainly not accommodate to their foreign ways and thus endanger the clarity of the church’s identity. Maybe Gentile faith and baptism meant that they could be welcomed at the church’s table; but should the church really join a Gentile table? Peter’s critics in Jerusalem apparently would have let Cornelius’ household in, but as second-tier members of the church.

In response, Peter explains what happened in an “orderly” way (NRSV: “step by step”, 11:4). The author of Luke and Acts is the only New Testament writer to use this word for “orderly.” The word is used in Luke 1:3 to describe the author’s whole theological/literary project. However, here “orderly” doesn’t primarily mean the order of chronology. Instead, what is “orderly” is a telling of the story which will make clear what God is doing. Thus, Peter’s account in Acts 11 doesn’t precisely match the narrative in Acts 10, but that doesn’t matter (for example, 10:17 sounds like he has time to think about the vision, but 11:11 has Cornelius’ men arrive at the very moment the vision ends). Peter tells the story to make the truth clear: God was in charge here, pushing things forward.

In fact, in verse 14 Peter says that Cornelius testified to him that this meeting was not just about sharing food but about salvation, a crucial point that wasn’t mentioned in the narrative of these events in Acts 10 (see 10:30-33). Peter was willing to listen and learn from not only God but also from Cornelius. Peter has also done some reflective discerning of his own about the meaning of what has happened. This whole encounter with Cornelius has reminded Peter about what Jesus had said regarding the Spirit and the church’s mission (Acts 1:5). Peter now recognizes that this promise has broader implications than might have been understood at first. It isn’t just repentant Israel, but even Gentiles like Cornelius who are God’s intended beneficiaries of Jesus’ resurrection and the recipients of the Spirit.

The church’s Spirit-led experience has brought new insights regarding things like slavery, racial equality and justice, women’s ordination, and LGBTQ dignity. Some of that may look obvious in history’s rearview mirror. Still, encountering the Spirit who is alive and pushing the church in new and astonishing directions can be frightening. However, the Spirit is not random or incoherent. The Spirit always pushes the church into greater practice of God’s love for all people of the world.

This is a text about crossing borders. We know how contentious that can become! We put up walls, concrete or steel or metaphorical. It would have been more comfortable and seemingly safer for the early church to keep Cornelius and his Gentile household at arm’s length. They could have had a probationary period to make sure everyone understood where the boundaries were. But God apparently had no patience for such things.

Clearly all the implications of this event haven’t been worked out in Peter’s report, otherwise the Jerusalem meeting in Acts 15 to settle the “Gentile question” would be unnecessary. The church is always working toward a fuller understanding of what God is doing, and listening to hear from surprising sources what new things God is doing. Peter doesn’t give an abstract theological defense of his actions. Instead, he tells the story of God’s grace toward these people. Whose stories do we need to be willing to hear?