Jesus’ ascension is viewed as an exodus 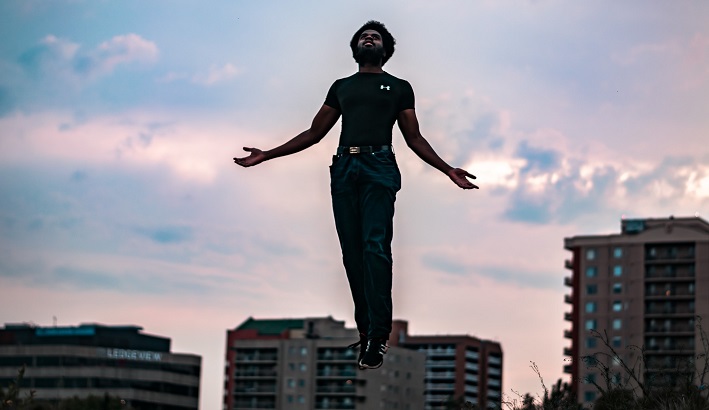 Photo by Harnoor dhaliwal on Unsplash; licensed under CC0.
May 13, 2021

Luke 24:51 describes that after Jesus’ appearance to his disciples, he blesses them and is taken up into heaven (see also Mark 16:19). Acts 1:2-9 retells this story, indicating that he appears to the apostles for forty days before ascension. Luke 24:44-53 consists of two parts: Jesus’ final words (verses 44-49) and his departure from earth and the disciples’ return to Jerusalem (verses 50-53).

Jesus’ words before his ascension highlight that everything written about Jesus in the scriptures (the Law, the Prophets, and the Writings) must be fulfilled (verse 44). Jesus reminds them of what is written (verse 46): (1) the death and resurrection of the Messiah and (2) continued proclamation in his name. Jesus had spoken these words to the disciples before he died, and now he opens their minds and helps their understanding of the scriptures. Jesus does not mention his ascension but instead what will continue in his name: “repentance and forgiveness of sins is to be proclaimed to all nations, beginning from Jerusalem” (verse 47).

Luke’s audience remembers that John the Baptizer proclaimed a baptism of repentance for the forgiveness of sins (3:3). Jesus said that he came to call sinners to repentance (5:32; see also 15:7). Commentators observe that Luke understands salvation as a present reality or even in terms of liberation (“proclaim release [aphesin] to the captives,” 4:18). Forgiveness (aphesin) of sins presents such a reality.

The fulfillment of the scriptures is still ongoing: what is written in the scriptures has been fulfilled in Jesus; and the disciples, witnesses to the Jesus event, will proclaim the same message of salvation in his name. There is continuity between God’s promises given to Israel and their fulfillment in Jesus the Messiah. Moreover, Jesus is sending upon the disciples the promise of God to be fulfilled in the church (verses 48-49).

Spatial movement: from Jerusalem to the ends of the earth

In addition to the temporal continuity between Israel, Jesus, and the church, there is the spatial progression of proclamation, starting from Jerusalem to all nations. While other Gospels end with the story of the disciples’ return to Galilee where they (are supposed to) meet the risen Jesus (Mark 16:7; Matthew 28:10, 16; John 21:1), Luke’s geographical focus is in Jerusalem—the place where the Gospel starts and ends. Both Luke 24:49 and Acts 1:2 point out that the disciples (1) stay in Jerusalem; (2) until they receive the promise of God, that is, the Holy Spirit. When the Spirit has come upon them, they will receive power and be Jesus’ witnesses “in Jerusalem, in all Judea and Samaria, and to the ends of the earth” (Acts 1:8).

The coming of the Holy Spirit is possible when Jesus departs. After his post-Easter appearance to the disciples in Jerusalem, Jesus blesses them in Bethany and departs (diestē  dia+hisēmi, “stand apart”) from them. Jesus’ departure is mentioned earlier in the Gospel. Luke depicts Moses and Elijah speaking to Jesus about his “departure (exodos), which he was about to accomplish at Jerusalem” (Luke 9:30-31). Moses and Elijah represent the Law and the Prophets, respectively. Whereas Moses led the exodus of the Israelites out of Egypt, Elijah was taken into heaven (2 Kings 2:11) and will be sent before the day of the Lord comes (Malachi 4:5-6). Luke visualizes Jesus as similarly carried up into heaven.

Luke’s emphasis on Jesus’ ascension into heaven underscores his physical absence from the earth. Instead, the exalted Christ is at the right hand of God in heaven (Acts 7:55-56). He must remain there until the time of restoration for all (Acts 3:20-21) and will come in the same way he went into heaven (Acts 1:11). In the time between his ascension and parousia, his witnesses proclaim the good news of salvation to all nations in his name. The empowerment of the Holy Spirit, made possible by Jesus’ departure, occurs ten days after his ascension.

As Jesus’ ascension is viewed as an exodus, his departure will bring the liberation of God’s people, which is not limited to the restoration of the kingdom to Israel (Acts 1:6). His ascension generates a movement that is not centripetal but centrifugal. Through the already effective power of the Holy Spirit “devout Jews from every nation under heaven” witness this eschatological event in Jerusalem, which is only its beginning (Acts 2:5).

As we still live in the time between Jesus’ ascension and his parousia, Luke’s understanding of Jesus’ absence and presence in temporal and spatial terms leads us to reimagine the reality of salvation here and now. First, as God fulfilled the promises given to Israel in Jesus Christ, and God’s promise is fulfilled again in the early Christian church through the Holy Spirit, we trust God’s faithfulness to the promises given to us. How and where do we see the work of the Holy Spirit that liberates people in bondage?

Second, Jesus’ second coming has not occurred. Luke reorients the questions of time and space. Regarding the question of when he will come and restore everything: you do not know the times that God has set (Acts 1:6-7). As to where Jesus is: “why do you stand looking up toward heaven?” (Acts 1:11). Jesus’ ascension does not lead us to look for a supernatural realm but has generated a historically grounded and socially engaged faith movement on a global scale for over two thousand years. How does Jesus’ ascension redirect our focus from the otherworldly toward Christian witness in the world?

Last, we need to consider Luke’s claim of Jesus’ ascension and the expansion of Christian witness and mission in the Roman imperial context in which human emperors were divinized conquerors of all nations. The early Christians were among the defeated nations but envisioned a future of God’s reign. The belief that Jesus is present in the mission of the church through the Holy Spirit empowered them. Our worshipping the exalted Jesus never supports various manifestations of Christian superiority (for example, Constantinian Christianity and anti-Semitism) and the role of Christianity in Western colonization and civilization of the Other. How does Jesus’ exodus lead us to continue to do his liberating work on earth (Luke 4:18-19)?

Jesus’ ascension is viewed as an exodus

From passive spectators to active witnesses

“God is the king of all the earth.”

We cannot apprehend God
Print All Text Print All Commentary