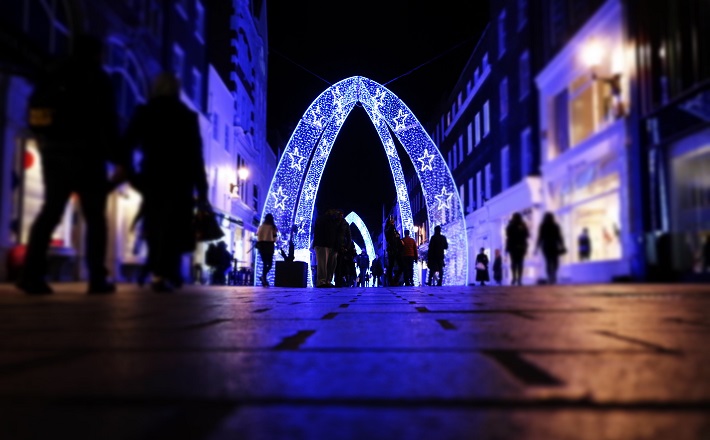 Photo by Emmanuél Appiah on Unsplash; licensed under CC0.
December 19, 2021 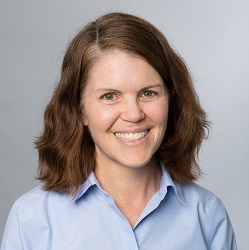 The Prologue of the Gospel of John is one of the best-known passages in the New Testament. The cadence of the poetry provides a grand opening to the narrative that follows and introduces several key themes in the Gospel. Although John does not contain a birth narrative of Jesus, per se, the Prologue functions in a similar fashion as a story of origins. As a primordial narrative, it declares that Christ is the eternal, pre-existent Word who was with God from the beginning. As a birth narrative, it declares that this Word is the only child of the divine parent.

John’s reference to the word in the Prologue reflects language found in the Hebrew Bible. In the opening verse of Genesis, God speaks creation into being. That same word of God gives Moses the law at Sinai and comes to the people through the prophets. John’s description of the word, translated from the Greek logos also parallels the personification of wisdom in the Jewish tradition. Just as John declares that the logos was with God in the beginning, so too is wisdom: “The Lord created me at the beginning of [God’s] work … ” (Proverbs 8:22).

Wisdom is personified in Proverbs as a woman, since the Hebrew word hokhma (wisdom) is feminine. Logos is commonly translated as “word,” but it has a broader semantic range including “that by which the inward thought is expressed.”1 I like this understanding of Christ as logos. The Christ is not just a “word” from God, but an expression of God’s own being. By the end of the Prologue this will be fleshed out as Christ being the beloved child of God.

“Life” is another characteristic of the logos presented in the Prologue: “All things came into being through [the word], and without [the word] not one thing came into being. What has come into being in [the word] was life, and the life was the light of all people” (John 1:3-4 NRSV alt.). God’s word, who will become enfleshed in Jesus, brings life and light. The Gospel of John uses the word “life,” (zōē) nineteen times alone and seventeen times in combination with “eternal.” Life and eternal life are virtually synonymous in the Fourth Gospel. The related verb zaō (to live) is also used seventeen times in the Gospel. John’s emphasis on life is set against the backdrop of the ancient world in which disease, hunger, and mortality were realities for many people, especially for children (See the Dec. 24 commentary for more information about children in the ancient world).

By the end of the Prologue the language shifts, from God and the logos being together in the beginning, to a father embracing a young child. In verse 1–14, the one with God is called logos, light, life, or simply by the masculine singular pronoun autos (him). Verse 6 begins to put the logos into a historical context with the introduction of John, the one sent from God to testify to the light.

In verse 14 when “the Word [becomes] flesh” another relationship is introduced to describe the proximity of the logos and God: the logos is like a father’s only child, or as some translations state, “only begotten” (1:14 KJV). Gail O’Day states that the adjective used here, monogenēs is derived from the words mono meaning “only” and gennethenai meaning “birthed” or “begotten.” While “begetting” is the male role in conception, the dual meaning of gennethenai which includes “birthed,” a distinctly female act, suggests that gender definitions are being transformed:2

The divine parent becomes the one who both begets, like a father, and gives birth like a mother. Although monogenēs is often translated as “only son,” I would suggest, “only child,” is a more accurate translation, since the word huios (son) does not appear in this passage. Throughout the New Testament monogenēs is used to indicate a unique relationship between a parent and child. Indeed, this only child of whom the Fourth Gospel speaks, “is close to the Father’s heart” (NRSV) or more literally stated, “is in the bosom of the Father” (verse 18b). The Greek word translated as “heart” or “bosom” is kolpos, which also means “chest” or “lap.” In the Septuagint, the Greek translation of the Hebrew Bible, kolpos often refers to the carrying of children as in Numbers 11:12, “Did I conceive all this people? Did I give birth to them, that you should say to me, ‘Carry them in your bosom, as a nurse carries a sucking child,’ to the land that you promised on oath to their ancestors?” This and other uses in the Septuagint seem to suggest a small child.

I consider this to be John’s version of the birth story of Jesus, akin to what we find in the “Christmas stories” at the beginning of Matthew and Luke. Through the metaphorical imagery of poetry, the phrase “in the bosom of the Father” (KJV) describes the close familial relationship between God and Jesus, the parent/child relationship that the terms “father” and “son” are pointing to. This is a place in our reading of the Bible where we need to remove our “-ist” glasses to be able to see the image more clearly.

In this case, we need to remove our “ageist” glasses. Our default when we read about “father God” and “son Jesus” is an adult parent and adult son. But John’s Gospel at this point invites us to consider a different image. The son who is in the bosom of the father is the infant or child Jesus lying against the divine parent’s chest; it is an image of God, the eternal parent, embracing the divine child. In John, this child has come to reveal the divine parent to all people (verse 18), and to bring them life and light in the midst of a world filled with despair.

God of all time,

Your Word became flesh and walked among us. Receive our gratitude and awe for all that you have done through Jesus Christ our Lord. Amen.

The Glory of the Father, Egil Hovland