Who Is the Greatest?

A focus on Jesus’ identity in Matthew 17 now gives way to the identity of Jesus-followers. 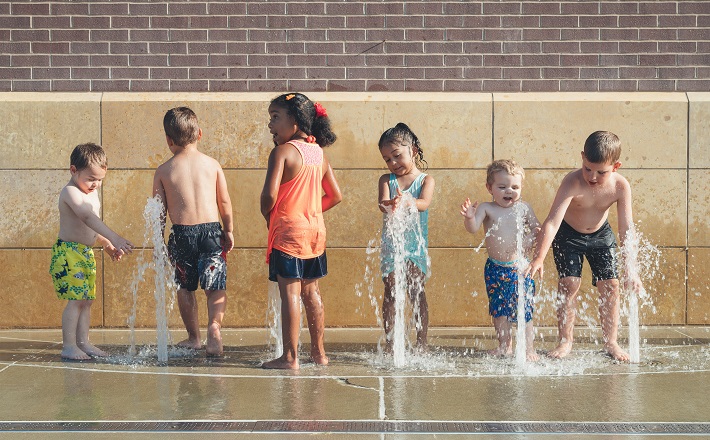 "Whoever becomes humble like this child is the greatest in the kingdom of heaven. Whoever welcomes one such child in my name welcomes me." Photo by Andrew Seaman on Unsplash; licensed under CC0.
March 6, 2019

A focus on Jesus’ identity in Matthew 17 now gives way to the identity of Jesus-followers.

Matthew 18 is commonly and appropriately identified as the “community discourse” because of its attention to the identity of and interactions among Jesus-followers.

The emphasis on communal relationships and identity is important for the way of the cross that Jesus’ followers are to live (Matthew 16:24). As these verses elucidate, the way of the cross counters some dominant cultural values. It requires resocialization. Preachers might address several related issues: the reframing of greatness; the image of the child; the instruction about self-maiming and self-disabling.

The disciples ask Jesus who is the greatest in the reign/empire of the heavens (Matthew 18:1). The sermon might trace out how this question arises.

Also contributing is a pervasive cultural context of Roman imperial rule and masculinity obsessed with status and domination over people and land. The question reflects central, elite, male commitments to power, to dominate, and assert superiority (see Matthew 20:25). This greatness draws on factors such as birth, patronage, rhetoric, military victory, political office, and wealth. What, then, does greatness look like for Jesus-followers who have experienced and been embraced by the kingdom/empire of God?

Jesus’ response does not replicate imperial domination. He does not evoke a military conqueror, successful king, or ruling emperor as the model for greatness. Instead he turns to the margins, to the visual aid of a child (Matthew 18:2-5). In the ancient world, children did not signify purity and innocence, as often in our post-enlightenment thinking. They occupied ambivalent social locations. Parents cared for them, protected them, and valued them for their future economic contributions as workers and providers of care and support for elderly parents.

Yet children were also vulnerable and insignificant. Without position, they were powerless and unpredictable. High infant mortality rates underscored their fragility. They were excluded from, dependent on, and dangerous to the powerful, adult male world. Their main task was to prepare for adult life.

Children were not ignored, unloved, and unappreciated as some have claimed. But they were not the center of the world. Jesus’ use of the child as a visual aid for the interactions of followers centers the margin, renders the insignificant significant, and empowers the powerless. To be like a child requires Jesus-followers to be re-socialized. They must unlearn cultural commitments to greatness as domination, superiority, and advantage. As children they are to embrace a downward path of alternative greatness marked by a lowly social location and humble social interaction. They are to welcome literal children (Matthew 18:5; see also Matthew 19:13-15). That’s one way of being re-socialized.

The sermon might emphasize that this vision of a community of followers marked by vulnerability, powerlessness, lack of status, and the absence of the quest for greatness as domination (humbling oneself) translates into care for, rather than competition with, others (Matthew 18:6-9). The way of the cross means interactions among community members that give life to, not destroy, the other.

Verses 6-7 emphasize the vulnerability of Jesus-followers and the fate of those who lead them away from commitment to Jesus. Verse 6b threatens dire eschatological consequences for the follower who causes another follower to fall away. Death by drowning in the sea with “the millstone of an ass hung around their neck” would be preferable to (unspecified) divine punishment! The threat is intensified with two woes or expressions of divine disapproval and judgment against those who might cause a follower to fall away (Matthew 18:7).

Again, the Gospel does its ethics by threat. Jesus intimidates his followers into obedience with a threat that mimics and employs imperial strategies of destruction for those who offend. The sermon might consider the pros and cons of this approach.

Verses 8-9 add another source of stumbling into sin, the self. The verses make their point with hyperbole, parallelism, repetition, direct address (“you”), and graphic imagery. They name three possible offending body parts — the hand, foot, and eye. If these body parts are the means of stumbling/sinning, cut it off! Somatic mutilation is necessary to counter sin and to participate in God’s future “life.” It’s preferable to being “thrown into the eternal fire” (Matthew 18:8) and cast into “the hell of fire” (Matthew 18:9).

The preacher might engage this problematic language of self-mutilation. One question involves whether it is metaphorical or literal. Most interpreters opt for metaphor. Another concerns how the image works. Its power lies in the unfortunate positing of the inferiority of disabled bodies –deformity, lameness, and blindness — and the superiority of abled bodies. Yet, while disability was commonly associated with sin, these verses surprisingly reverse the values. Disability becomes a preventive for sin, not its consequence. And disability is more important than being able-bodied when it comes to entering life.

Holy God, your servants argued about who would be greatest in your kingdom. Help us to be confident in the love you have for us, so that we feel no need to compete for your attention. We pray these things in the name of Jesus Christ, our Savior and Lord. Amen.

A focus on Jesus’ identity in Matthew 17 now gives way to the identity of Jesus-followers.
Print All Text Print All Commentary