Tempted in the Wilderness 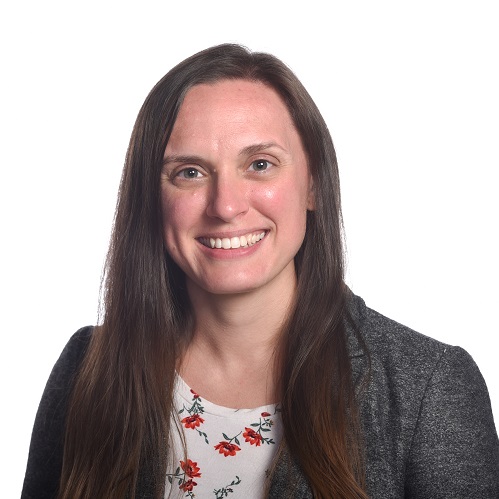 In Matthew, Jesus lives in three different places—Bethlehem, Egypt, and Nazareth—by the time he’s a few years old. He evidently grows up in Nazareth, then he resettles in Capernaum just before beginning his ministry. For Matthew, these various places are deeply significant. By linking Jesus especially to Bethlehem, Nazareth, and Capernaum, Matthew draws upon the Jewish scriptures to claim that Jesus is the ruler hoped for in Jewish prophetic tradition.

Jesus is born in Bethlehem. Matthew, through the lips of wise men (2:2–6), paraphrases Micah 5:2–3 to explain why this matters. From Bethlehem—the birthplace of King David—will come a ruler of Judah to secure the future of the people.

Micah’s prophecy was written in the 700s BCE during political turmoil, when foreign empires threatened Judah and had already conquered Judah’s sister-kingdom, Israel (Judah and Israel split into two kingdoms after the reign of Solomon).1 In this period of threat, Micah envisioned a homegrown ruler like a shepherd: strong yet nourishing, ensuring peace for the people. Invoking Micah’s prophecy, Matthew says that Jesus is this envisioned ruler, the messiah and king of the Jews.

Jesus’ family must flee the land of Israel under threat of Herod. Later, they return to their homeland, this time in Nazareth. The move fulfills “what has been spoken through the prophets” that “He will be called a Nazorean” (2:23).

Here, Matthew isn’t quoting the Old Testament directly, but he may be alluding to the Hebrew word netzer (“branch”) in Isaiah 11:1, another prophecy written during political turmoil for Judah.2 It promises that a “branch” from the roots of Jesse (so, a descendent of David) will bring resolution to Judah’s crisis. That leader will be wise, mighty, godly; will enact justice and equity for the poor and the meek and, by contrast, judgment for the wicked; and will bring harmony to all creation. According to Matthew, Jesus is this very netzer, this Nazorean.

So, in Matthew 4:13–16, we shouldn’t be surprised that Jesus’ move to Capernaum is said to fulfill scripture. Matthew quotes Isaiah 9:1–2, which mentions “Galilee of the nations,” stating that “the people who walked in darkness have seen a great light” (Matthew changes the wording slightly).

In Isaiah, “Galilee of the nations” is a reminder that a portion of land was taken from Israel by the foreign empire Assyria during the 700s BCE. Despite the calamity in Israel, Isaiah offers Judah comfort: a child has been born to the kingly family who will restore the grandeur of David’s line, bringing peace, justice, and righteousness. Isaiah’s prophecy likely referenced Hezekiah, son of King Ahaz.3 Centuries later, Matthew applies it to Jesus.

Matthew tells Jesus’ backstory this way to make a point: Jesus is God’s messiah and a Davidic ruler, appointed to restore Jewish hopes. Though derived from centuries-old prophecies, the point is relevant to Matthew in part because Rome ruled the Jews during the first century CE. Many Jews considered Roman rule a threat to how they lived out their identity as the people of God. Many longed for a messiah to set things right. Jesus is that messiah, Matthew insists. A messiah is a shepherd-like ruler, who brings peace, justice, and righteousness.

When given the “opportunity” to prove his special status in Matthew 4:1–11, Jesus demonstrates restraint. He doesn’t use his power to satisfy his own appetite (4:3–4). He doesn’t use it to prove his invincibility (4:5–7). Nor does he capitalize on the opportunity to acquire “all the kingdoms of the world and their splendor” by worshiping the tempter (4:8–10). Why? Because Jesus is faithful to God. But also because the ruler who will fulfill the hopes of Israel does not rule with unbridled appetites, arrogance, or tyranny.

But other rulers did rule this way.

In Matthew 14, Herod Antipas (a Rome-appointed Jewish ruler) hosts his birthday dinner. For the evening’s entertainment, his wife’s daughter dances. Herod likes his stepchild’s (she is only a child) dance—a lot. An inappropriate amount. He promises, in the heat of the moment, motivated by unbridled sexual appetite, to give her anything. Antipas comes to regret this promise, as it leads to the unjustifiable death of John the Baptist. Unlike Antipas, Jesus is not ruled by his appetites.

In 64 CE, Rome caught fire under the rule of the Emperor Nero. The fire damaged the city considerably. Famously, Nero blamed the Christians in Rome; however, it was widely speculated that he started the fire himself. Why would he set fire to his own city? According to the Roman historian Tacitus, “Nero seemed to be seeking the glory of founding a new city and naming it for himself.”4 Whether things really happened this way or not, Tacitus’ explanation tracks with Nero’s reputation as a tyrannical narcissist. It seems Nero believed his glory would blossom through self-sabotage. Unlike Nero, Jesus wasn’t interested in testing the limits of his invincibility to prove his greatness.

God of strength, your son Jesus withstood many temptations because his love for you was greater than his earthly desires. Make our love for you so strong, that we might withstand anything that threatens to stand between us and your love. We pray these things in the name of Jesus Christ, our Savior and Lord. Amen.

Is there anybody here who loves my Jesus Traditional Spiritual

He shall give his angels charge over thee, Felix Mendelssohn