Partnership in the Gospel

Why do we invoke Christ? 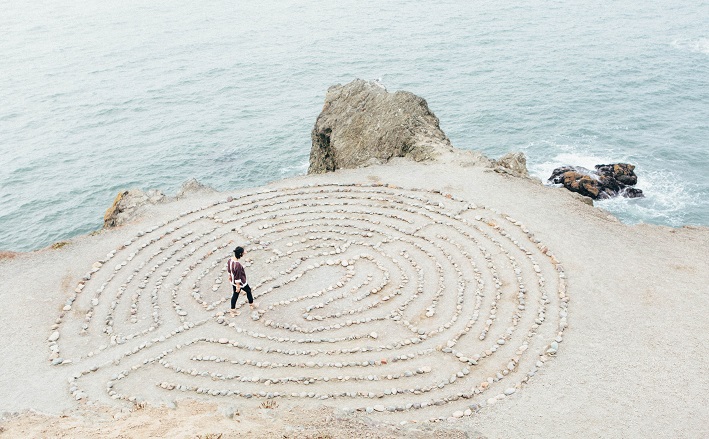 How do we as preachers write with and for our different communities, especially when our communities have multiple understandings of how we live “in Christ”? The letter to the Philippians challenges us to do that analysis—in terms we don’t always think of in churches, for example, economics. What does it mean for the Philippians, for us, for how we understand God, to have formed a partnership in the Gospel?

The initial greeting in this letter tells us much about the way that Paul and the group of people in Philippi to whom he is writing understand their relationships to each other. First, Paul calls himself and Timothy slaves (douloi) of Christ (verse 1). While we might be tempted to speak about “servant leadership” using this expression, the suggestion that slavery is an appropriate metaphor for our relationship to Christ is highly fraught at best—particularly in contexts in which preachers and/or listeners live with the legacy of ancestral slave ownership. Even if softened in diction to “servant” and understood as metaphor, the exploitation that enslavement implies is at minimum insensitive to the legacies of slavery that still divide contemporary Christians. Besides, how do we know that Paul and Timothy are leaders in this community? Might they simply be equal partners with those who live in Philippi?

As the letter continues, Paul and Timothy do not greet an institution or specific kind of gathering. The letter is not written to an ekklesia (translated “church” in the NRSV), like in 1 Corinthians (1:2) or Philemon (1). Instead, the letter’s immediate address is to different groups of people in the community: the saints (hagioi), the bishops/overseers (episkopoi), and the deacons (diakonoi). These titles have become technical terminology for specific offices within our contemporary ecclesiastical (pun intended) world—saints, bishops, deacons—but we forget that Philippians was written very early in the life of the Christ-following movement. There aren’t even written gospel texts yet, let alone a clearly structured, unified institution across all of the groups to whom Paul (and others) writes.

Saints, bishops, deacons certainly aren’t terms used in the same sense we know them today. In fact, they are borrowed terms from the cultural context of temples and relationships with the gods at the time. Anyone devoted to the temple, or any object devoted to the gods could be called hagios. Households, temples, merchants, slaveholders all appointed episkopoi or overseers to manage their work. Anyone who worked in or had a specific role in the temple or in the community’s relationship with the gods was a diakonos or minister. Right from the start of the letter, we note that Paul and the community have a unique relationship—at least unique among the other communities to which he writes. They are describing their relationships to each other and to God in terms that are familiar with, in the world around them. It is a little like when today’s churches use the term “president” to designate the person who has a convening role on the church council.

By the time we get to verse 5, this picture of the relationships between Paul, the people in Philippi, and God becomes a little clearer. Paul writes that his prayer-filled gratitude for the Philippians comes “because of your sharing in the gospel…” (epi tei koinoniai humon eis to euaggelion). The Greek word that the NRSV translates “sharing” is koinonia, but the word koinonia is not a gerund here. It is not an action made into a noun. It is a concrete, discrete group of people. A koinonia in the ancient world is literally a partnership. And not just a “hey, we’re all on the same team” partnership. It’s a partnership that is formalized, recognizable to the outside, and often with tangible goals. Oftentimes it is a share in a financial or another kind of large valuable entity.1

Even in our own world, whether it’s a share in a stock, or a share in a home, or a share in another kind of property, we make these partnerships all the time. But we rarely think of the ancient world as having such partnerships—particularly when the shares are shares in the Gospel. Paul notes that the saints, bishops, and deacons have formed a partnership in the currency of the good news—and building that good news together with God, who is the guarantor of it, is their task.

This re-framing of the partnership in Philippi helps us make more sense of the harvest metaphor in verses 8–11 which is not necessarily the same harvest metaphor we see in the gospels. The metaphor is not about increasing the number of people who are in Christ. Or telling the gospel to everyone who will listen. The metaphor seems more to be about the maturity of seeds and the ripeness of our relationship with God. And again, the NRSV translation in verse 12 is quite misleading. The phrase “… to spread the gospel,” is not about conversion as the translation implies. Porkope does not mean “spread,” but rather “advancement” or “progress” or “profit.” Paul is noting that those who have imprisoned him can see his advanced standing in the Gospel or the profit that he has gained in the Gospel. For Lutherans like myself, this makes us a little nervous—after all, none of us are more advanced in our access to God than others.

But the passage doesn’t end with this idea of advancement/progress in the Gospel. Notice, here, that Paul does not use the language of faith (pistis) as a condition or result of the Gospel. It is not our trust, our belief, our faith that creates the relationship and thus the advancement of this koinonia. Rather it is the partnership, the koinonia, that Paul says gives him confidence. Later in the letter, this rhetoric of confidence will re-emerge as a rhetoric of obedience (see next week’s commentary).

Verses 15–18 are the place where we see this re-frame take the strongest shape. Paul notes that most of those whom he has encountered while detained with the elite Roman guard (the Praetorian), know that he is in Christ. And it sounds like the guards, with this knowledge, are invoking that knowledge in their conversations with Paul. While the NRSV says that they “proclaim” Christ, that verb (kerusso) does not always mean a public proclamation or a sermon. Here it might mean “invoke” or “call upon” (verse 15) Paul writes that it does not matter the motives for this invocation of Christ—some do it out of love (for Paul) others do it out of an intent to torture Paul. This rhetoric paints a picture of some guards who taunt Paul in the name or with the name of Christ and others who do so in their compassion for him.

Ultimately, the letter’s questions at the end shift the focus further from conversion to the fact of invocation. Regardless of motive, intention, and/or purpose, an invocation of Christ brings Paul’s own relationship with Christ (and the Philippians) into focus—a gain for everyone. The gospel has its own mechanisms for proclamation—our relationship or others’ relationship to the gospel does not stop those mechanisms. The question for contemporary communities is a question of how we understand difference among ourselves. Why do we invoke Christ? To create conformity? To make those imprisoned (literally or figuratively) suffer? Or to connect with the compassion of our shared venture?

May our love overflow more and more with knowledge and full insight to help us determine what is best, so that we may be pure and blameless in the sight of Jesus Christ. Amen.

Why do we invoke Christ?
Print All Text Print All Commentary