Allow the light of Christ to shine on our lives

Tanner, Henry Ossawa. Nicodemus and Jesus on a Rooftop, from Art in the Christian Tradition, a project of the Vanderbilt Divinity Library, Nashville, Tenn. Original source.
January 23, 2022 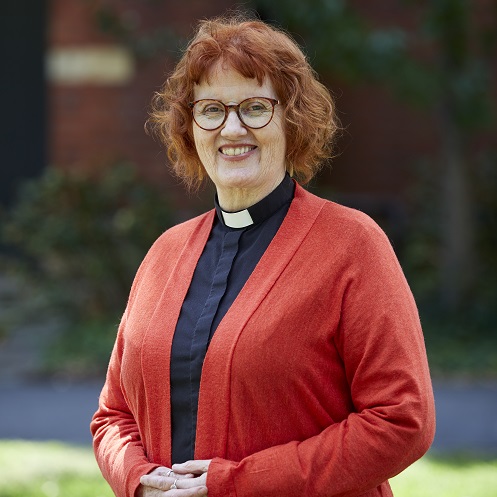 The story of Nicodemus forms part of the “Cana to Cana” cycle of John’s Gospel which encompasses a wide geographical sweep from Galilee to Jerusalem and back again (2:1-4:54). It represents one in a number of responses to Jesus in the first phase of his ministry (as John has organized it), where the theme is entry into eternal life.

So far we have seen the response of the disciples and the Jerusalem authorities to Jesus. Now we turn to an individual among those authorities, Nicodemus, and consider his response. It will be contrasted to that of another leading Jewish figure, John the Baptist, who testifies faithfully to Jesus in the following verses and shows the true nature of discipleship and witness (2:22-36).

The initiative for the meeting between Jesus and Nicodemus lies with Nicodemus who, we are told, approaches Jesus ‘by night’ (3:2). Note that we are a little skeptical of Nicodemus, given that John has just told of Jesus’ own lack of enthusiasm for his own popularity. Nevertheless, Nicodemus greets Jesus in a respectful spirit in this night visit, indicating perhaps his desire for secrecy, given his status among the Jerusalem leaders.

Most of the leaders associated with the temple were from the priestly class, many of them Sadducees, but Nicodemus is a Pharisee, a group that in John’s day (sometime in the 90’s CE) had come to prominence following the Jewish War and the destruction of the temple in 70 CE. The Pharisees had succeeded in reorganizing Judaism following the disaster and were responsible, in many ways, for its survival. They were also, for John’s community, their main rivals in claiming the Old Testament Scriptures for themselves.

As so often in John’s Gospel, Nicodemus’ opening affirmation is ignored. Jesus does not respond directly but goes straight to the heart of the issue: entry into the kingdom or reign of God can only come about through birth “from above” (3:3). This is the only context where John speaks of the “kingdom of God” (see 18:36 where it refers to Jesus’ kingship); mostly he uses the parallel term “eternal life” to speak of what we are given, not just in and beyond death, but also in the here-and-now.

It is characteristic of John’s dialogues that Jesus’ conversation partner misunderstands and interprets his meaning on a literal, material level. So it is with Nicodemus. He assumes Jesus is speaking of rebirth—“born again”—which, as he points out, is absurd if taken literally (3:4). Jesus then goes on to explain his meaning. He clarifies that being born “from above” does not mean “again” but rather “of water and the Spirit,” making it plain that he is not speaking of physical but of spiritual birth (2:5). The emphasis here is on the Holy Spirit as the giver of life, eternal as well as physical.

What is the reference here to water? At first glance it suggests the process of birth itself, where the infant is born after the rupture of the amniotic sac. However, the point is that birth itself—entry into physical life—becomes a symbol for birth in and from the Spirit. There may also be a secondary reference to Christian baptism, especially since the next section of the Gospel presents both John and Jesus baptizing (3:22-23).

Jesus emphasizes the distinction between physical and spiritual birth and the mysterious presence and working of the Spirit (3:6-8). But note that physical birth is also the work of the Spirit and the contrast is not a negative one. The point is that another kind of birth is needed for entry into eternal life: not something to be gained by our own efforts but by the miraculous “labor” of the divine Spirit.

Nicodemus’ response is a helpless, ineffective one—”How can these things be?”—and Jesus is astonished at the lack of understanding in one who spends his life studying the Old Testament Scriptures (3:9-10). After this, Nicodemus disappears from the narrative, unable to respond either way. This will not be the end of his story. Eventually, he will come into the open with his faith, taking the risk along with Joseph of Arimathea, of burying Jesus (19:38-42).

Jesus’ teaching now widens to include a larger audience: the references to “we” and “you” are both plural and seem to reflect, not just Jesus’ own context, but also the Johannine community in its dialogue with figures like Nicodemus. Jesus uses the image of a serpent to describe his death and its life-giving significance (3:14), based on the story of the snake set up on a pole in the wilderness to deliver the Israelites from poisonous snakes (Numbers 21:4-9). The focus here is on believing as the way to enter eternal life (3:15), a way that will come about, paradoxically, by Jesus’ death on the cross where he too, like the bronze snake, will be “lifted up.”

The following verses set out what believing means in the light of Jesus. It is founded on the divine love for the world, a love that is grounded in creation itself. The focus is not primarily on the extent of God’s love but on the way in which God’s love manifests itself: ‘This is the way in which God loved the world’ (literally). This response is seen above all in the incarnation and the cross, both vivid symbols of the divine love and the divine embrace of a fallen world. God’s longing is not for condemnation but for salvation (3:16-17).

There is a sense of judgement here: not so much on the part of God but on our part as we respond to God’s self-giving. If we turn away from that love, we turn from the very source of life and light; in a sense we condemn ourselves to death and darkness (3:18-19). In the end, we are given the choice: either to approach the light and allow it to illuminate us, both good and bad, or to run away from the life-giving light because we are afraid (3:20-21).

The birth imagery with which the passage begins is not far from all this talk of light and dark, life and death. The invitation is to open ourselves to “birth from above,” to the life-giving power of the Spirit and to be transformed in Christ’s revealing light. Only in this way can we and our world be gathered into the divine love through Jesus’ exaltation on the cross where his arms open wide to embrace us and all things (12:32).

A sermon on the divine love and longing for our salvation would be appropriate here, especially in the light of so much judgmentalism from some in the church. But we might also speak of what it means to allow the light of Christ to shine on our lives, our church, our society: what good would it reveal? what dangers would it expose, spiritually and politically?

You gave us new life when we were born of water and Spirit. Help us live into that new life, refreshed and renewed for your work. Amen.