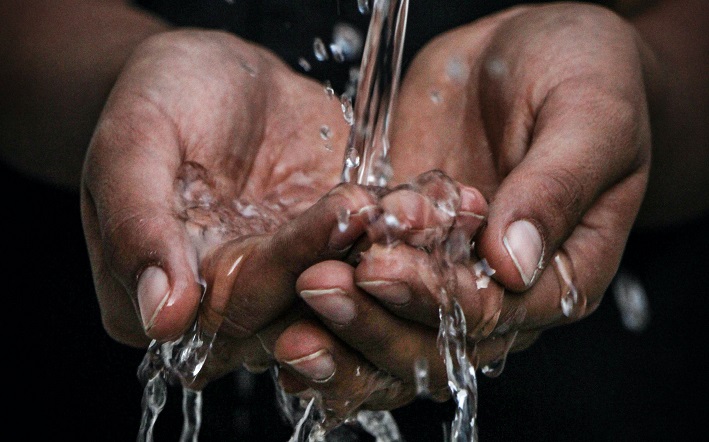 "[W]hoever gives even a cup of cold water ... will [not] lose their reward." Photo by mrjn Photography on Unsplash; licensed under CC0.
February 20, 2022

Who is Jesus?: Jesus as God

As we already saw in John 4:13-14 as well as the Bread from Heaven Discourse in John 6, Jesus is the one who satisfies hunger and thirst, literally and figuratively, just as God does repeatedly in the Old Testament. Consider Isaiah 55:1-2:

Ho, everyone who thirsts, come to the waters; and you that have no money, come, buy and eat! Come, buy wine and milk without money and without price. Why do you spend your money for that which is not bread, and your labor for that which does not satisfy? Listen carefully to me, and eat what is good, and delight yourselves in rich food (NRSV).

Jesus as Woman Wisdom and Torah and Tabernacle

Both Woman Wisdom and Torah (which are themselves connected) are often depicted as feeding God’s people (with wisdom and knowledge):

Wisdom has built her house, she has hewn her seven pillars. She has slaughtered her animals, she has mixed her wine, she has also set her table. She has sent out her servant-girls, she calls from the highest places in the town, “You that are simple, turn in here!” To those without sense she says, “Come, eat of my bread and drink of the wine I have mixed. Lay aside immaturity, and live, and walk in the way of insight.” (Proverbs 9:1-6 NRSV)

John casts Jesus as both in this Gospel.2 Wisdom dwells with God’s people. Our passage is set in the Feast of Tabernacles, on the last day of it. Compare the following from Sirach (24: 8, 10) with John’s Prologue:

Then the Creator of all things gave me a command, and my Creator chose the place for my tabernacle (skēnē). He said, ‘Pitch your tabernacle (kataskēnoō) in Jacob, and in Israel receive your inheritance.’ Before the ages, in the beginning, he created me, and for all the ages I shall not cease to be. In the holy tabernacle (skēnē) I ministered before him, and so I was established in Zion. (Sirach 24:8-10, my translation)

And the Word became flesh and tabernacled (skēnoō) among us (1:14, my translation)

Jesus as Mother who births and feeds her children

In John Jesus is associated with the maternal roles of both birthing and feeding.3 Water and birth are important themes throughout John. In the Prologue we hear:

In the exchange with Nicodemus, Jesus speaks of being born from above (anōthen). Nicodemus becomes confused and asks: “How can anyone be born after having grown old? Can one enter a second time into the mother’s womb/belly (koilia) and be born?” Jesus answers: “Very truly, I tell you, no one can enter the kingdom of God without being born of water and Spirit” (3:4-5). In our passage, too, water, womb, and Spirit are central.

There is a translation issue in verse 38. The Greek says: “Just as the Scripture said: ‘streams of living water (hydor zōn) will flow out of his (autos) womb/belly (koilia).’” The NRSV glosses the “his” with “believer’s” and koilia with “heart” instead of womb (even though we have a Greek word for heart, which is kardia). Jesus, not the believer, is the obvious referent for the “his” since it’s clear that he is the one providing the living water. Compare the earlier encounter with the Samaritan woman, especially 4:10:

Jesus answered her, “If you knew the gift of God, and who it is that is saying to you, ‘Give me a drink,’ you would have asked him, and he would have given you living water” (hydor zōn).

Now flash forward to the cross. In John, and only in John, Jesus births the church at the foot of the cross. The one who birthed him, his mother, is there. True to the Prologue’s claim that the church consists not of biological children, but siblings-through-belief, we watch a new family, a church family, come into being:

Then the one who calls the thirsty at the opening of our passage himself thirsts: “After this, when Jesus knew that all was now completed, he said (in order to fulfill the scripture), ‘I am thirsty’” (verse 28). He bestows the promised Spirit upon those at the foot of the cross (verse 30: paredōken to pneuma). It’s not only the Spirit that issues forth from him, however; we also learn that blood and water flow out of him, as they do during all births.

For Christians, the water and Spirit imagery throughout John evokes baptism, just as the blood evokes communal eucharistic practice. Our passage is no exception. Of course, here John keeps us from getting ahead of the story since John clearly tells us that the Spirit was not yet available in chapter 7 since Jesus had not yet been glorified (verse 39). By the end of the crucifixion, which is declared in John to be Jesus’ glorification/exaltation/coronation, this has indeed come to pass, as I’ve noted above. As John 16:3 indicates, the Spirit continues the very work of Woman Wisdom/Torah/Jesus: “the Spirit of truth will guide you into all the truth.”

As is typical in John, those listening are divided (schisma; cf. 7:43, 9:16, 10:19) about Jesus’ identity. Some unequivocally declare him to be the Messiah. Others disagree. John loves irony and it’s on full display when he shows those who thump their Bibles the hardest are, in this case, most ignorant. They insist he can’t be the Messiah because the Bible says he has to be from Bethlehem (a point clearly not lost on Matthew and Luke!) and they know him to be from Galilee. Of course, the reader knows that the whole conversation is missing the point, because Jesus is depicted as “from above, from heaven, from God” throughout John. Recall the conversation with Nicodemus, where Jesus declares: “No one has ascended into heaven except the one who descended from heaven, the Son of Man” (3:13).

John (rather mercilessly) makes the opponents look like the Keystone Cops. The religious authorities and theological gatekeepers do not like their power threatened (same stuff, different century). Jesus has not been approved by them, so he cannot be legitimate. They make the point that they are experts in the law while the ones believing in (in their language, “being deceived by”) Jesus are not, so their opinion doesn’t count. Ironically, they invoke the law but don’t follow it, a point Jesus repeatedly highlights to them in John (see, for example, 7:19). In a nutshell, they don’t actually make an argument from the law; rather, they are merely trying to exercise and protect their power.

Repeatedly in the Old Testament, Wisdom laments that, try as she might to help her people get wisdom, she is often rejected: “Because they hated knowledge and did not choose the fear of the LORD, would have none of my counsel, and despised all my reproof,  therefore they shall eat the fruit of their way and be sated with their own devices” (Proverbs 1:29-31 NRSV). Jesus’ rejection by these opponents does not surprise the reader therefore who knows that he is the embodiment of Woman Wisdom and Torah: “He came to what was his own, and his own people did not accept him” (1:11).

Decision time for the reader

Enter Nicodemus once again. As we learned in chapter 3, he is both a Pharisee and one who is considering following Jesus. He challenges his colleagues to adjudicate fairly, to actually follow the law they have invoked. They don’t reconsider; rather, they lash out at him and repeat the statement from verse 41. Again, the irony is thick since the reader knows that Jesus is, in fact, from Galilee and is the prophet and is legitimately the Messiah in accordance with the very Scriptures to which they appeal.

The silence of Nicodemus after their retort makes space for the reader to decide for themselves who Jesus is. John presents Jesus in a variety of ways in our passage (not to mention the rest of the Gospel): God, Wisdom, Torah, Birthing Mother, Messiah. This provides many entry points both for the would-be follower to join Jesus and for the already believing to expand and deepen their experience of all that Jesus is and provides. Will the hearer of the Gospel join the community of abundant life?

Wade in the water, Moses Hogan

Who is Jesus?
Print All Text Print All Commentary