Isaiah: A Child Is Born

From the depths of despair to the fulfilling satisfaction of thriving 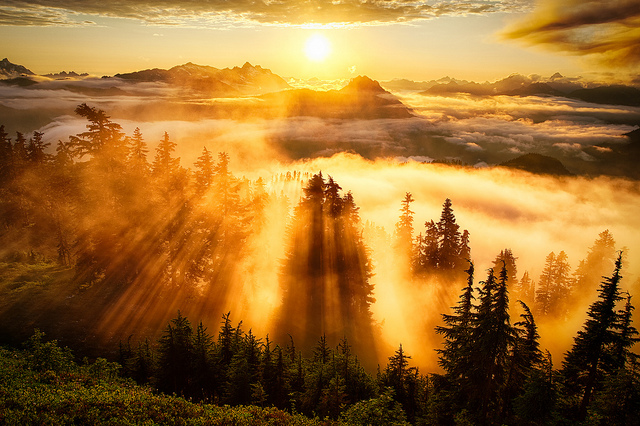 I often come away from reading Isaiah with a particular experience. I encounter magnificent poetry, vivid images, and thrilling promises that speak to my deepest longing. In Isaiah 40 we read of mountains leveled and valleys filled in. In chapter 65 we read of a new heaven and a new earth. It starts my heart thumping.

How can the preacher translate these things into reality? I have the same experience in chapter 9. This chapter may have originated as an enthronement psalm for the installation of a king. Its context in Isaiah speaks to the siege of the Assyrians. The preacher may want to touch on those historical notes as a part of the teaching ministry of the church, but need not dwell there. The images have a psychological/spiritual effect apart from the historical context.

The contrast between light and dark runs throughout scripture, from Genesis 1 with light as the first act of creation, to Revelation 21:22-26 with God’s glory providing illumination in the new creation. In this passage, the darkness refers to war and the siege by the Assyrians. The preacher can use imagination to identify where and how the congregation would experience darkness. Where does the congregation experience fear, a sense of defeat, a sensation of overwhelming opposition? How might God shine the light into that situation?

Verse 4 yields some different translations: multiplied (NRSV), made great (CEB), magnified (Tanakh). The word is a causative form of a verb that means to increase or to be great/large. The CEB probably captures the sense well. Making the nation great includes increase or multiplication, as well as qualitatively better (current political implications notwithstanding). A nation that had felt defeated, humiliated, and weak had now experienced God’s strengthening.

In addition to making great/large, God has brought joy. The poet offers two images of joy. The people experience joy as at a harvest. Hard work has paid off. The crops have come in. No storm or drought has brought disaster. The second image represents a naughty kind of joy. An army has defeated an enemy and plundered its wealth. In contrast to the deserved, earned joy of a harvest, the poet offers the savory, if ill-gotten joy of stealing from a conquered foe. The poet hints at joys that one can relish.

Those who carry others off into exile have their devices which both facilitate physical constraint and bring humiliation to the subjects. A yoke and a bar across the shoulders caused pain, provided a means to control people, and shamed those who wore them. A rod served as a means of excruciating punishment. Would not those subject to such instruments find relief, satisfaction, and release in seeing them destroyed? Watching the destruction would not in itself remove all of the lingering emotional damage, but would form part of the healing process.

Warriors marching in boots can create a distinctive sound. The relentless “tramping” (CEB “thundering”) becomes ominous, wearing down the defenses of the hearer. Blood-soaked garments produce a sense of horror and revulsion. Fire consumes these articles of clothing.

Hope arises in the birth of the child. The son will assume leadership in unprecedented ways. The term for “counselor” sometimes applies to those who give advice to a king (2 Samuel 15:12, see also Proverbs 15:22). Perhaps the use of the term implies that the king will display such wisdom that he will serve as his own counselor.

“Mighty God” moves into the territory of the divination of the king. The scenario described presents a ruler who embodies all of the characteristics needed for right governing. The king shows wisdom and strength. He establishes a reign that will bring stability instead of the constant turmoil of one power overturning another. Justice and righteousness connote fairness and healthy relationships all around. This situation will last for an indefinite time.

The poem expresses deep political desires of the human heart. It presents a top-down picture of a leader who combines the best qualities of any person in authority. The leader displays wisdom, strength, concern for the poor (justice), and facilitates relationships (righteousness).

From the shining of the light in the first verse of the poem to the establishment of the stable government, the poem moves in stages from a transition from the depths of despair to the fulfilling satisfaction of thriving.

What can the contemporary preacher make of such a gratifying, but unrealistic picture? Scholars have long concluded that the poet did not gaze into a crystal ball to predict the birth of Jesus of Nazareth. The poem does express messianic expectations, beyond just a king as a strong ruler. The poet captures the divine hopes as well as the human striving for a creation that exists in harmony. If Isaiah writes so eloquently of a human king who will deliver the people from those who have defeated them, no actual king accomplished these things or instantiated these qualities. The contemporary reader can see why Jesus did not meet the messianic expectations of the people of his day.

The preacher can affirm that the poem expresses the divine will for creation. God wants stability and thriving. The preacher can offer the full realization of this promise only eschatologically. Only in the resurrection will the kind of peace and permanent stability described in the poem find its manifestation. The preacher can enable the increase of wisdom, the pursuit of peace, the struggle for stability, the quest for justice as goals for this life, however imperfectly they can come to fruition. The church works faithfully to bear witness to this vision, and looks for the partial realization wherever it can find it.

There can be overwhelming obscurity in this world. But you shine your light and increase joy, and for your brilliance we are grateful. Amen.