When I was growing up in church, the Acts of the Apostles was read in a very particular way. 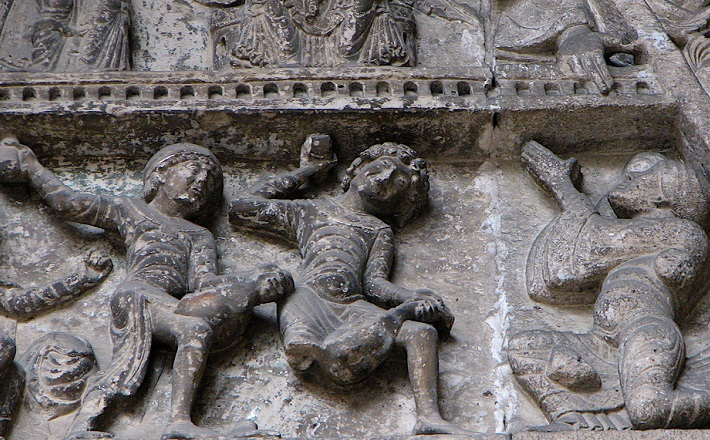 When I was growing up in church, the Acts of the Apostles was read in a very particular way.

The text was assumed to be a largely straightforward, historical accounting of the earliest days of the church. It recorded the who, what, when, where, and why of the early church. How then does this text about antiquity and its events influence us today? In the churches where I grew up, this text was regarded as the record of the church as it should be. There was an impulse to go back to the church as it was in its earliest days. A sort of theological nostalgia guided our reading of this text: if only we could do church the way it used to be done, we would be in a much better place.

Our text today seems to shatter this reading practice. First, we read about a church divided along linguistic and cultural lines, a church that cannot live into the promise of a community where “there was not a needy person among them” (4:34). Second, we see church leaders too busy to deal with the distribution of food to the widows. Third, we read about the demise of Stephen, a martyrdom that seems to precipitate anew the church’s journey to be witness even “to the ends of the earth” (1:8). In short, this is a church that is contentious, overwhelmed, and confronting great loss. Perhaps what we learn in Acts is not to look for a blueprint for an ideal church but instead to develop an imagination for what God does when God draws our lives together into communities characterized by unity and division, focus and uncertainty, joy and loss.

Let’s turn to the text for today, focusing on the three narrative components outlined in the previous paragraph. The preaching challenge with this passage is how wide-ranging the narrative is. You may wish to focus your preaching on one of the components or follow a literary or theological theme that weaves the three together.

First, is the precipitating event. Again, Acts narrates a church in which all are fed and cared for out of the abundant selflessness of the members of this early community. So convinced are they by the power of the resurrection, that they are willing to trust their sisters and brothers with their lives. And yet this utopian ideal finds itself under threat already in Acts 6. A dispute emerges between the Hellenists and the Hebrews.

Scholars have long argued about the exact composition of these groups. What I find most likely is that both the Hellenists and Hebrews are Jews; however, the former would have been Jews reared in the diaspora who are now living in Jerusalem. They might have been native Greek speakers and more adept in the Greek world that was previously home. The Hebrews might have been local folks. So, we see a cultural and linguistic divide emerge. We can easily imagine how such disagreements and misunderstandings can lead to a community losing its way. Notice that this is not an idyllic community without problems.

Second, is a response. The twelve call for a gathering of seven deacons whose call would be to ensure equal distribution of the food to the whole community. Too busy with proclaiming the word of God, the twelve contend that someone else must step in to take care of this table ministry. After last week’s scene on Emmaus, we may wonder about the wisdom of this division of ministerial labor. Nonetheless, they choose seven men whose names and origins suggest that they may be drawn from the Hellenists in the community. The aggrieved part of the community is called to lead. Notice what the job description is: wait on tables. A vital task in a community of need.

Third, is an unexpected result. The next thing we hear from one of these seven deacons is not a story about their waiting on tables but about Stephen doing “great wonders and signs among the people” (6:8). This was not in the job description the church gave Stephen! But as we know well, sometimes the church gives us a particular job description, but often times God has a wider sense of our call.

Stephen’s preaching and wonder-making instigates controversy and eventually conspiracy. In a scene reminiscent of the story of Naboth’s vineyard in 1 Kings 21, false testimony is procured, and Stephen is brought before the high priest. At this point, Stephen continues proclaiming the gospel. His sermon takes up the bulk of Acts 7 and concludes with the last verses of our passage.

Stephen returns to Israel’s history noting that God had always sojourned with Israel whether in “the tent of testimony in the wilderness” or the “house” Solomon built for God. But, Stephen notes, “…the Most High does not dwell in houses made with human hands” (7:48). In some ways, this is not uncontroversial. God cannot be constrained to a time and place we create. And yet this could sound like a stunning rejection of the temple’s importance. But there is more! Stephen then echoes prophetic denunciations of long ago to condemn those who killed the prophets who foresaw the Righteous One as well as the Righteous One himself!

Such daring leads to Stephen’s stoning. Yet even as he dies, he resembles Jesus on the cross as he proclaims forgiveness over his persecutors. And there is one more dramatic intrusion into this narrative: Saul is standing there. This is the first time we encounter him in Acts, a less than auspicious introduction as he approves of Stephen’s killing.

It is at a killing that echoes Jesus’ death that Saul enters the narrative world of Acts. There is an additional echo as our passage closes. Remember that in Acts 1:8 Jesus calls his followers to be “my witnesses in Jerusalem, in all Judea and Samaria, and to the ends of the earth.” At the beginning of Acts 8 then, we learn that a persecution that arises in the wake of Stephen’s martyrdom spreads the church to Judea and Samaria.

Again, you might pick any of these three narrative components to focus your preaching. Yet, I wonder if tying these various narratives together around a core theme will prove particularly useful. Acts narrates the church at its best and its worst, at its heights and its depths. Thus, we don’t have a blueprint for an ideal church in Acts, but rather a complex narrative that invites our imagination.

Holy Giver and Receiver of life,
Your martyr, Stephen, shined with the light of your Holy Spirit. When his opponents took his life, he offered up his spirit to you, and prayed mercy for theirs. Make Stephen an example of faith and courage for all your followers, for
the sake of the one who brought light and life to this world, Jesus Christ. Amen.

Praise to the Lord, Hugo Distler

When I was growing up in church, the Acts of the Apostles was read in a very particular way.
Print All Text Print All Commentary