The spiritual discipline of endurance 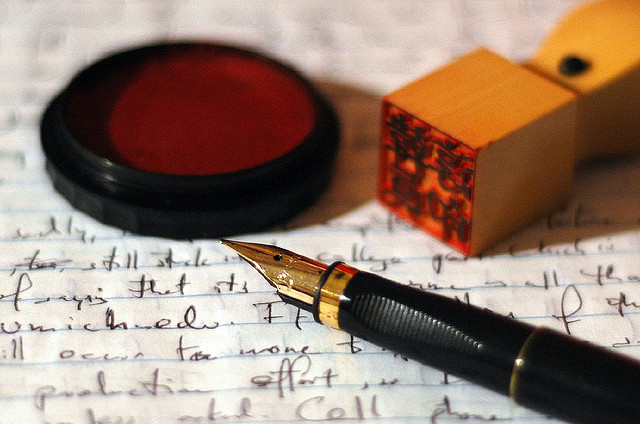 Would Jeremiah have made it onto as many coffee mugs, posters, and shirts if people read chapter 29 carefully? Sellers of merchandise pluck verse 11 out of context and offer a seemingly appealing affirmation. Buyers of the merchandise clutch on to the assertion that God has a plan for their welfare and for hope. Perhaps those who display verse 11 hope that God’s plan includes improving the outward circumstances of their lives. As the old saying goes, most people carry burdens and fight battles very few others know of. The promise of welfare designed by God sounds good.

No one, however, slurps coffee from a mug bearing verse 10, about the long wait before the welfare happens. This chapter does offer important instruction about divine activity in our lives, even if we ought to exercise caution about expecting welfare on our own terms. Even if this passage does not support warm fuzzy feelings about how God will make things turn out our way, it teaches something most Christians need to learn.

Typical of the biblical prophets, Jeremiah wrote in a time of political and social upheaval. After the military control of the Assyrian empire, which had destroyed the northern kingdom, had faded, the Babylonian empire rose to power. In 605 BCE the Babylonians, under Nebuchadnezzar, defeated the Egyptians and gained political power over Judah. Judah rebelled unsuccessfully against the Babylonian rule. In 598 Nebuchadnezzar overran Jerusalem and carried Jehoiachin and many of the elite into exile. Chapter 29 reflects events after this first deportation and the destruction of the temple and second deportation in 587-586.

The burning question during this time concerned how Judah should respond to the defeat at the hands of the Babylonians. In the letter Jeremiah wrote to the exiles (29:1), Jeremiah advocated for settling in for a long wait. He counseled the people to buy houses and adapt to life in the foreign land. Contemporary ministries that address the unsheltered population, especially ones that actually build houses, sometimes use this verse as a kind of slogan. The verse does not advocate building houses for charity or justice, but as a demonstration that people recognized the long-term, but not permanent, nature of their situation. In order to remain true to Jeremiah’s actual message, the slogan should add a parenthetical comment “Build houses and live in them (in the last place you want to be).”

Jeremiah’s message contrasts with the more upbeat sounding message of Hananiah in chapter 28. Claiming status as a prophet, Hananiah dramatically broke the symbolic yoke that Jeremiah had fashioned and placed on his own neck (chapter 27). Hananiah announced that the exile would last only a short time, after which the Lord would break the yoke Babylon had symbolically placed on the Judeans. Not only did Hananiah tell the people what they wanted to hear, he spoke and acted boldly. Jeremiah proclaimed the unpopular message that the exile would last a long time. Chapter 28 focuses more on the interaction between Hananiah and Jeremiah, without stating how the people responded to Hananiah. The book indicates that Jeremiah faced condemnation and punishment at several points in his ministry. Jeremiah accurately predicted the death of Hananiah at the end of chapter 28.

Jeremiah counseled the exiles to normalize living in exile: build houses, grow food, marry. He even told them to pray for the foreign land and seek its welfare. The leaders and people wanted to do exactly the opposite. They wanted to resist and to assume that the exile would end in a relatively short time. Jeremiah offered hope, but not on the people’s terms. The hope would come in the long run.

Jeremiah taught an important message, both for the people of Judah and for contemporary congregations. He taught the spiritual discipline of endurance and acceptance. He told the people of Judah that they would remain in a place of defeat and humiliation. They wanted political freedom and vindication. Jeremiah implored them to maintain their identity and their connection to the Lord in a painful situation. He warned them that those who promised a quick end to the exile had deceived them. Within the history of Judah, the strategy of resistance brought further destruction and deeper humiliation.

The contemporary preacher should interpret Jeremiah’s message with care. One might note how often the New Testament uses the language of endurance and forbearance. “Rejoice in hope, be patient in suffering, persevere in prayer” (Romans 12:12). The discipline of endurance builds inner strength and achieves serenity. The preacher can encourage their congregations to recognize situations that will not change, so that they can form the deep spiritual wells that come from acceptance. True acceptance comes from maturity, not resignation. Even in the last place we want to be, we can draw on the resources God makes available to us.

The preacher would not want to suggest, however, that the congregation should do nothing to address poverty, racism, or oppression. Even though Jeremiah wanted to normalize living in Babylon, the church should never accept the normalization of wealth inequality, gun violence, or misogyny. In those situations, we might actually listen to Hananiah and fight.

However, even in those situations, the church often encounters setbacks and stalled progress. Jeremiah’s word that the people should settle in for a long period in a bad place might still find an audience. Resistance to oppression takes endurance as well as courage and strategy. Hope, even a hope that appears only on a long horizon, can still provide energy and motivation not to give up. Jeremiah’s message to the exiles advised them, when the months turn to years and the years to decades, to still find grace and hope even in the bad situation. For a number of situations in life and in the fight for justice, those words still ring true. God does desire our welfare and offers hope. Jeremiah teaches us that we need patience and endurance in the time before that fulfillment.

How often have we found ourselves in exile, separated from your presence! Restore us, and let us find you when we seek you. Amen.

The spiritual discipline of endurance
Print All Text Print All Commentary